A silver lining amid global shutdowns 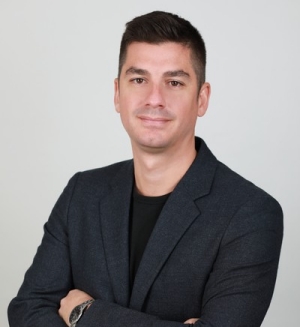 At the beginning of 2020, business was good for Made Media Inc. The Montreal-based technology company was having great success with its flagship product, OnBoard, a digital platform for face-to-face fundraisers and salespeople.

In an industry moving away from collecting signup information on paper forms, OnBoard was gaining traction for the convenience of using tablets to record interactions, take payments on the spot and easily compile data for organizations. Made Media’s list of clientele was growing to include the world’s biggest charities, telecom providers and fundraising services.

Then the pandemic seemed to unravel a decade of work in a matter of weeks.

“As you can imagine, the pandemic and lockdowns seriously affected our company because nobody was interested in meeting face to face,” says Eric Landy, BComm (marketing) 07, Made Media co-founder and managing director. “Usually we’re in high foot traffic areas so this was a seriously scary situation for us.”

New features were added to the app, such as reminders for fundraisers to remember to wash their hands, but nothing could stop organizations from pausing their face-to-face operations.

“Before we knew it, the stores were closed and everything was locked down,” says the  John Molson School of Business grad.

The company needed to make a more drastic change or face major disruption while the pandemic continued.

Keeping up with demand

With the help of a Facebook grant for businesses impacted by the pandemic, Landy and his team worked around the clock for several weeks to reinvent OnBoard, essentially transforming it into a call centre for fundraisers to contact leads from home.

“To our surprise, it went really well. Throughout the course of the lockdown fundraisers made thousands of phone calls through our system and were able to sign up quite a few new donors,” he says.

Made Media signed up a new OnBoard client only interested in the call centre functionality. Not only did the company not need to downsize, it hired new employees to keep up with demand.

“In a way, this crisis was almost a silver lining,” says Landy. “Now we have this call centre as part of our product offering going forward.”

For safe in-person sales and fundraising, OnBoard is now equipped with functionalities for social distancing to further ensure fundraiser safety. For example, payments and signatures are now collected on clients’ own devices, instead of the fundraiser’s tablet.

“I think the lesson here is that we could have folded, which I was really close to doing,” says Landy. “Instead of feeling sorry for ourselves we worked hard, tried to think outside of the box, and aimed to make an opportunity out of something that at first seemed like an absolute disaster.

“My time at Concordia opened my eyes to what I could achieve through research and persistence. It really did prepare me for my life as an entrepreneur.”