‘There’s no better job than being a prospector’

Long before taking his first geology course, Glenn Mullan, BSc 92, was fascinated by stories of gold-rush prospectors who set out alone in search of adventure and fortune.

While still a Concordia undergrad, Mullan began his own successful prospecting career with little more than his motorcycle, a library card for research and a credit card to finance his endeavours. 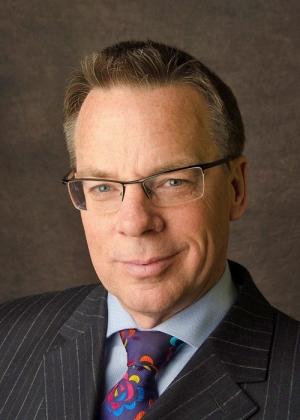 Glenn Mullan is currently CEO of Golden Valley Mines Ltd., and Chair of Abitibi Royalties Inc., both based in Val-D’Or, Quebec.

Though Mullan never lost his passion for a prospector’s independence, in 2017 he became the 36th president of the Prospectors & Developers Association of Canada (PDAC), an organization that every year hosts the largest mining convention in the world with more than 25,000 attendees coming from more than 135 countries.

How did you start working as a prospector?

Mullan: “Nobody has a lot of free time while doing an undergraduate degree, but while I was studying I spent thousands of hours reading historical work about well-established mining camps to get a feel for what the geology was telling the explorers, then applying that with the new geoscience information I was learning through my degree at Concordia.

“Because Val d’Or, Quebec is more or less a six hour drive northwest of Montreal, that became my focal point. I staked a lot of claims, then found partners in Toronto and Montreal. By the end of my second year, things were going pretty well and it very quickly became a self-sustaining business.”

How did studying at Concordia University influence your career?

“I wanted to have a geology degree, so I could be a prospector with an extra tool. By the time I graduated I had already done several transactions and staked claims, owned properties, partly developed them and found mining companies as partners. Concordia gave me the technical compliment to refine the prospecting part.

“Concordia graduates had the advantage of field experiences from the beginning of their programs whereas a lot of other universities, generally because of their physical location, don’t allow for affordable, quick and meaningful opportunities. You couldn’t wish for geology that is more interesting than around Montreal where you have metamorphic, igneous and sedimentary rock, as well as a lot of economic history in different commodities.”

What did you enjoy most about being president of the PDAC?

“Even though I like to be independent and work mostly by myself, PDAC is a pretty efficient organization. It has been around for 87 years and it’s volunteer driven, so as a community of over 8,000 members today, it has collected a lot of knowledge about best practices that come from experience.”

What is an important change happening in Canadian prospecting?

“The industry is becoming more diverse and it’s changing quickly.

“The gold rushes in the Yukon, the Klondike, California and Australia were all male-dominated. Today in Canada that’s much less true, and PDAC is very much a part of that. It’s a fairly recent phenomenon that can only be a net benefit to Canada, mining companies and ultimately, to shareholders.

“There’s also a big effort to be more inclusive of First Nations and Aboriginal communities. That’s a development that also happened pretty much during my lifetime and wasn’t really discussed before.”

What advice do you have for students interested in a prospecting career?

“A very practical thing students can do is get a copy of the provincial mining act and get a prospector’s licence. It’s affordable, pragmatic and has some pretty immediate benefits. That’s all it takes to call yourself a prospector. With the technical background from your university degree in geology or geophysics, start thinking independently and opportunities can be generated fairly quickly.

“There’s no better job than being a prospector and there’s nothing that makes your heart beat like looking for something independently, against the odds. I’ve never had a traditional job and I’ve never wanted one.”