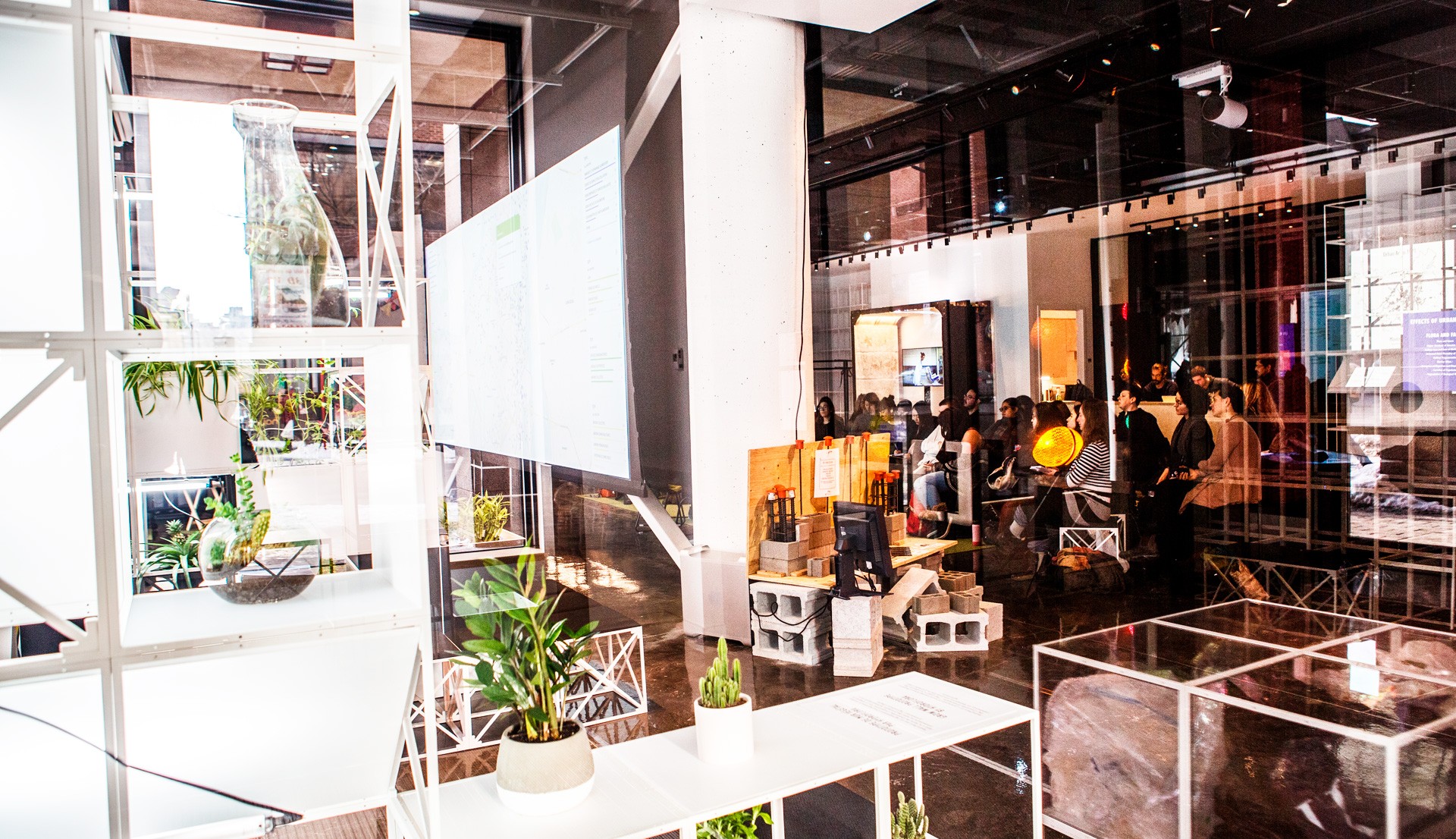 Concordia's 4TH SPACE — the public venue for learning and discovery.

Concordia President Alan Shepard kicked off the January 23 Board of Governors meeting by referring to his January 2019 report, presented in the Board materials.

Shepard informed members of the Board that the term was off to a great start, with strong enrolments and, despite frigid temperatures, no recent serious services issues. He credited the team led by Roger Côté, vice-president of Services, for keeping community safety a priority.

He mentioned that the president’s welcome-back get-togethers, held on Loyola Campus on January 8 and Sir George Williams Campus on January 9, were big hits. Shepard encouraged Board members to drop by Concordia’s upcoming Open House, held on both campuses February 16. He thanked the volunteer faculty, staff and students who always help make the event a success.

“I want to thank Nadia and her team for taking an idea and giving it life,” he said.

“The goal of 4TH SPACE is to create a window on research that taxpayers are helping to pay for,” Shepard explained. He added that Montreal Mayor Valérie Plante, who was among the dignitaries at the event, fully grasped what the university was setting out to accomplish.

The digital strategy process started with the team seeking broader input. They held consultations with 125 community members and conducted a student survey, which attracted close to 2,000 participants.

They scanned the current environment by looking at other organizations’ successful digital strategies. And they hosted a speaker series that drew 2,000 visitors to hear eight experts discuss related topics.

Beaudry reported that they received a clear message to put people before technology.

“We are looking for a good balance of doing the basics right, together with innovation and digital capabilities,” Beaudry explained.

Phase 2, which will run until April 2020, began with the formation of a Digital Strategy Steering Committee. The team is set to tackle newly identified projects, create a digital charter and introduce a new speaker series.

Christophe Guy, vice-president of Research and Graduate Studies, presented an overview of some of the forward-thinking, next-generation research being conducted at the university.

In 2018, Concordia placed eighth in research revenue in the Canadian university comprehensive category and fourth for corporate research income growth, with a 93 per cent jump. In the 2019 Times Higher Education World University Rankings, the university improved its scores in pillars directly related to research activity — research, citations and industry income.

Guy then outlined a number of cutting-edge fields where Concordia researchers are making significant advances:

Guy highlighted some of the university’s faculty members who are making significant headway in each of these areas. He also pointed to Concordia’s focus on Indigenous research, which gathers faculty members from across a broad range of disciplines.

He pointed to other research successes, including leadership of numerous SSHRC Partnership Grants in diverse research areas such as aging, communication and technologies and Indigenous Futures.

Guy drew attention to three exciting areas of research advances at Concordia: the Genome Foundry, the first of its kind in Canada, which employs robotic instrumentation to enable synthetic biologists to execute work at significant scales and speeds; 4TH SPACE, the public venue for learning and discovery; and the planned Science Hub, which will expand Loyola Campus’s Richard J. Renaud Science Complex to provide the scientific community with new state-of-the-art research facilities.

Board of Governors learning administration