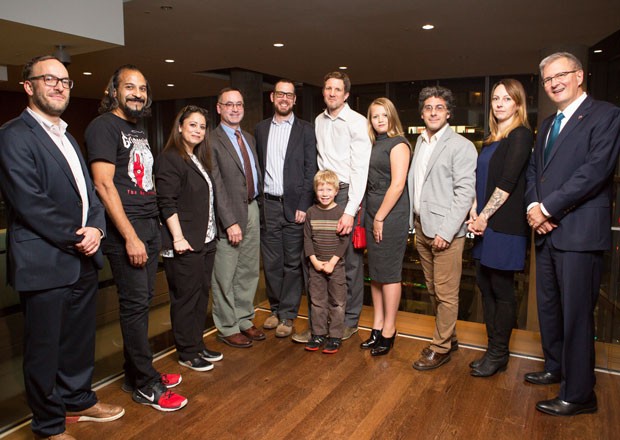 Manning was, in fact, away in Toronto pursuing her advocacy work on the evening of the award ceremony. Her husband, Jason, executive director of Academic Policy, Planning, and Strategic Initiatives (APPSI) in the Office of the Provost and Vice-President, Academic Affairs, accepted the award on her behalf.