Homa Hoodfar: 'Once you are aware of women in sport, you have to be aware of them elsewhere'

Six months after her Iranian incarceration, the Concordia professor launches a book about Muslim women who negotiate human rights on the playing field
|
By Christian Durand 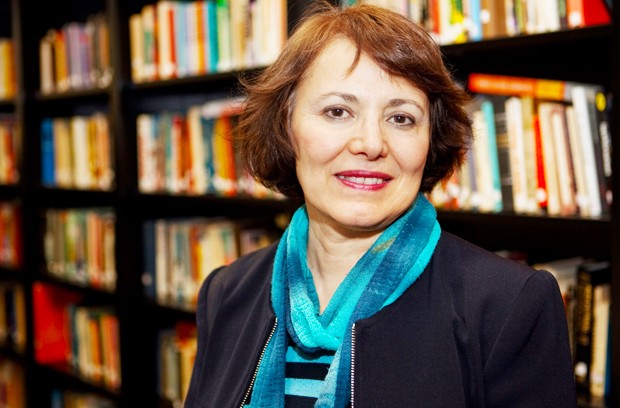 Most would agree that participating in sports is a great way to stay in shape. And anyone who’s ever been to a major match will also tell you that it brings people closer together.

But can sports be a form of political resistance? For many women living in the Muslim world, the answer is yes.

The volume was published last year by London-based charity Women Living Under Muslim Laws, which works to advance women’s equality, gender justice and human rights. But Hoodfar, a professor with the Simone de Beauvoir Institute in Concordia’s Faculty of Arts and Science was forced to delay its Canadian launch.

Last year, Hoodfar spent 112 days incarcerated in Iran’s Evin Prison. It’s speculated that she was imprisoned for “dabbling in feminism,” because of her research interests. 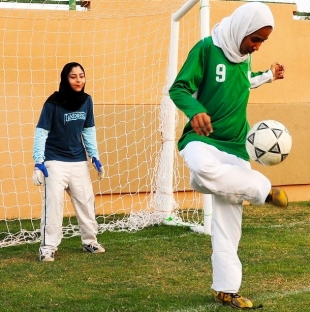 The volume is a groundbreaking analysis of the landscape of gender and sports in diverse Muslim contexts, covering Iran, Saudi Arabia, Turkey, Bangladesh, Europe, North America and Senegal. It examines how women negotiate political and ideological boundaries while politicizing and subverting spaces associated with sport in order to bring gender equality and redefine women’s roles in society.

‘Spaces such as playing fields can be venues for social change’

What makes sports such a rich area when it comes to researching gender equality in Muslim contexts?

Homa Hoodfar: When it comes to gender equality, women tend to focus on legal change. They assume that if the laws don’t discriminate against women then everything is okay. But if we dig deeper, we see that this is not the case. Spaces such as playing fields, not traditionally considered political, can be venues for social change.

The book examines many sophisticated, context-specific and constantly evolving strategies of women’s resistance to their exclusion in sport. Integral in their struggles for full inclusion, as both players and spectators, is women’s claim to their full and equal citizenship.

What are some of the strategies that women use to attain more equality?

HH: Take Iran, where the veil is mandatory as a way of keeping women out of the public sphere. Women are arguing that there is nothing in the Qur’an that mentions women not participating in sports. So they are pressuring the government to let them do so while wearing the veil.And if it’s okay to participate in sports while wearing the veil, then they can demand that women’s sports programs receive funding. They have learned to go after their fair share while not contradicting religious ideology. This is a major way of fighting discrimination in these countries.

What does the future hold for sport and politics in this area?

HH: The emergence of the Muslim Olympics, in which female athletes compete in the hijab, has opened a lot of doors for women in sport and garnered international exposure.

International bodies such as FIFA have accepted that women wear headgear. This demonstrates that Islam, sport and women are not counterintuitive. Such recognition creates a new way of looking at Muslim women and a vehicle for putting pressure on government.

Once you are conscious of women in sport, then you have to be aware of women in other public spaces such as universities and the labour market.

Attend the official launch of Women’s Sport as Politics in Muslim Contexts on Wednesday, March 22, at 5 p.m. in Room LB 361 of the J.W. McConnell Building (1400 de Maisonneuve Blvd. W.) at Concordia.