‘I’m excited to bring new voices into the arena’ 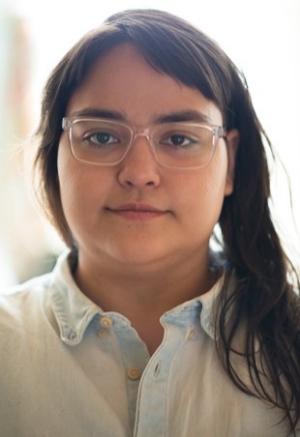 Lindsay Nixon is excited to amplify the voices of Indigenous women and two-spirit artists.

Nixon, a nehiyaw-saulteaux-Métis from Saskatchewan, now works 15 hours a week for Canadian Art as the magazine’s new Indigenous editor-at-large. The job? Writing, editing and building a network of First Nations, Métis and Inuit artists across the country.

“I’m excited to bring new voices into the contemporary art arena that haven’t been there before,” says Nixon, who’s currently completing their MA in art history.

“It’s still kind of a boy’s club and I think that there are a lot of Indigenous women and two-spirit folks who deserve the same kind of coverage, who are just as talented.”

Nixon says something special is happening in Indigenous art today.

“In Regina and Winnipeg, there is a huge resurgence. In Vancouver, people are really strong and their art represents that. Toronto has some cool stuff happening too, especially around queer Indigeneity.”

And of course, there’s Montreal.

“Dayna Danger is just blowing up. She’s in our Department of Studio Arts and has a show on now which is really amazing that is curated by Wanda Nanibush.”

Montreal attracted Nixon from the start, both for the freedom and opportunities it provides as well as the strength of Concordia’s Art History program.

“Another big part is having Indigenous faculty. The mentorship I’ve received from Heather Igloliorte has made a huge difference in my career and the program is supportive of Indigenous students.”

Igloliorte, Concordia University Research Chair in Indigenous Art History and Community Engagement, was on the advisory committee that consulted with Canadian Art’s editor-in-chief and co-publisher David Balzer when he created the new position.

“The department is so proud that one of our grad students has been selected for this prestigious job. I look forward to seeing what Lindsay writes about and what other new voices are included in this process.”

Nixon wrote extensively during their undergraduate degree and their work has appeared in journals, magazines as well as their blog and Twitter feed.

And soon, you’ll be able to see their work transform Canada’s art magazine of record.