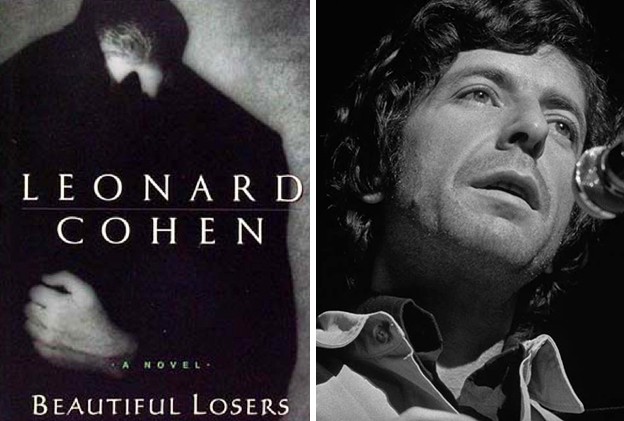 Hazelton taught Spanish translation and Latin American civilization in Concordia’s Department of Classics, Modern Languages and Linguistics, in the Faculty of Arts and Science. He retired in 2012.

The following is an excerpt from his essay about Cohen’s experimental novel.

Beautiful Losers is one of the most anarchic, innovative, and vital novels in Canadian fiction.

Protean in form, it frequently crosses the line between genres, its highly poeticized lyricism breaking out into prose poems; Cohen's narrators change subjects suddenly, impelled by their own associative caprices, which often seem to result in an eclectic collage of images.

As the critic Dennis Duffy has observed: “In its dazzling, centrifugal energy, Beautiful Losers resembles one of those Tinguely machines, a work of craftsmanship and ingenuity, shaking itself to pieces.”

Due to its high degree of experimentation and at times wild juxtaposition of opposing elements, the novel is also often considered typical of — or even dated by — its time. Rereading the novel some forty years after its publication in 1966, however, one is surprised at how topical and contemporary it still is, for underneath its seemingly free-for-all assemblage of disparate material, Beautiful Losers is an intricately constructed text with a surprisingly coherent cosmology.

Beautiful Losers was written in the heady days of sexual experimentation and political liberation, days when "magic [was] alive," to quote from the powerful paean to the Spirit in the second section of the book.

Beneath its caprice, however, the novel makes clever and complex use of reader involvement, doubles, symbolism, historical parallels, word association, and literary and pop-culture references, all of which have been assembled and fitted into the overall configuration with great care.

The book's exuberance and unpredictability, inherent playfulness and multiple levels of interpretation rest upon a solid foundation of a remarkably cohesive vision — that of a struggle between the principles of pain and pleasure, the affirmation or rejection of vital energy, the desire for transcendence that informs both Jansenist Catholicism and Buddhist and Hindu Tantric philosophy.