The accomplished researcher and professor will ‘help develop the next cadre of academic leaders at Concordia’
|
By K. McCarthy

Nadia Hardy has joined the Office of the Provost as vice-provost of Faculty Relations, a role that combines her passion for teaching and research with her determination to enhance the university’s work environment for faculty members. 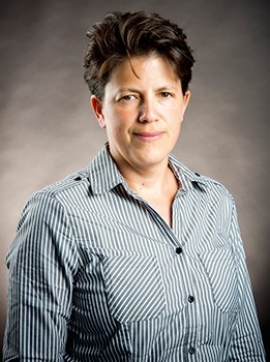 Nadia Hardy: 'She is a talented educator, researcher and administrator.'

“I am extremely pleased to welcome Nadia to our leadership team. She is a talented educator, researcher and administrator who has demonstrated a deep commitment to her students, her colleagues and the university,” says Graham Carr, Concordia’s interim provost and vice-president of Academic Affairs.

“Nadia has done a superb job as chair of the Department of Mathematics and Statistics, which is one of the largest departments at the university. She is experienced in collective bargaining and well-positioned to help develop the next cadre of academic leaders at our university.”

Hardy joined Concordia in 2009 as an assistant professor in mathematics and statistics. She was later promoted to associate professor and appointed department chair in 2014. She assumed her new role with Faculty Relations on August 1.

A staunch advocate of the Master in the Teaching of Mathematics program, Hardy has taught many of its core courses and supervised graduate students. She has also supported the undergraduate programs in mathematics by teaching courses such as “MAST 217 - Introduction to Mathematical Thinking” and “MAST 214 - Calculus and Linear Algebra.” In 2016, she received a grant from the Curriculum Innovation Fund to develop an online version of “MATH 200 - Fundamental Concepts of Algebra.”

As the vice-provost of Faculty Relations, Hardy oversees an office that promotes best practices in academic leadership, provides training and information on changes to collective agreements and policies and creates opportunities for professional development through workshops and mentoring opportunities for faculty members.

“I am passionate about teaching and learning, and I look forward to this new opportunity,” says the Concordia graduate. She obtained a PhD in Mathematics with a specialization in mathematics education in 2009.

Hardy’s thesis was awarded the 2010 Prix Dieter-Lunkenbein from the Association mathématique du Québec for best doctoral thesis in mathematics education defended in the province for the years 2008-2009.

“I am deeply grateful to Jorgen for his productive service and thank him for assisting Nadia as she transitions into her new position,” says Carr.