'an indefatigable colleague, teacher and parent'
|
By Sheila Mason
Source: Faculty of Arts and Science 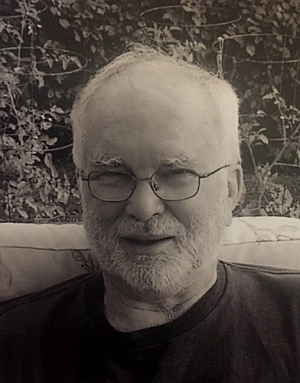 Professor Gray was one of the earliest members of the Department of Philosophy at Loyola College, one of Concordia's founding institutions. He began his career upon arriving from Catholic University of America. Over the years, he proved to be an indefatigable colleague, teacher and parent; meticulous and painstaking in all his endeavors. During his long career at Concordia, Professor Gray chaired the Department of Philosophy several times, unstinting in the time he devoted to all aspects of the job. With a law degree from McGill University, he contributed valuable insights as a member of CUFA, the Concordia University Faculty Association, as a member of the Grievance Committee and as a member of CUFA Council.

As a member of the International Association of Philosophy of Law and Political Philosophy, Professor Gray rarely missed a meeting. His absence was noted with regret during their recent meeting this year. His knowledge of the law enabled him to contribute valuable knowledge to this group. He authored a book on the French intellectual writer Maurice Hauriou, a scholar noted for innovative work on the methodology of law and the importance of an interdisciplinary approach to jurisprudence. In this study, Professor Gray provides a meticulous, detailed summary of the work of scholars in interpreting Hauriou’s attempts to show the way in which jurisprudence can be used to reconcile tensions between liberty and order and stability and change. 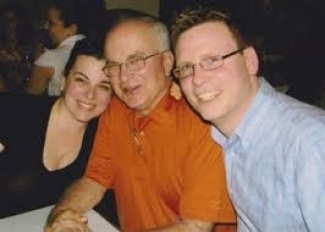 In addition to his work on legal philosophy, Professor Gray edited a two volume work entitled, The Philosophy of Law: An Encyclopedia (1999), as well as publishing a book on the Philosophy of Leisure, entitled Philosophy of Man at Recreation and Leisure, a wide-ranging set of reflections on the bodily, mental, moral and spiritual dimensions of human experience, one which transcends current sociological studies to show the ways in which ‘our holiness’ is manifested. In his book, Democracy, Where and When, he defends the view that the ideal of democracy, appropriate for governments, is not an appropriate ideal for smaller social groups, such as the family.

'understanding, respectful and a great listener'

Professor Gray, who taught early Greek philosophy, the philosophy of Plato as well as Medieval philosophy, was noted for his devotion to his students. He always had time to spend with them. One graduate student said that he gave a “meticulous supervision of my dissertation” and was a professor willing to “go the extra mile.” Another said, "he was the best teacher I ever had.” Another student wrote that “when a timing conflict prevented me from taking a particular class, Professor Gray took it upon himself to offer it to me as a private tutorial, sharing with me both his time and knowledge every week for that entire semester. It was a great favor from him and an honour for me.” Another student wrote that he was “a great professor - understanding, respectful and a great listener.” Another commented that “he had a keen mind and was interested in everything and everyone.” He was, in the view of another student, “a man who lived life with 'compassion, integrity and a twinkle in his eye.'" Many remarked upon his wicked sense of humour and the fact that he enjoyed pulling a person’s leg on occasion.

An energetic parent and grandparent

I remember seeing him tobogganing and skiing with his young children on Mount Royal and was impressed with his physical stamina. He is survived by his wife Kathleen, their three children, Jonathan, Genevieve, Marguerite, and his five grandchildren.