During the 1950s and 60s, basic social services came increasingly under bureaucratic relations as the state took over from civil society. In many rural communities, this transition was a difficult one since their dependence on associative and communal forms of social services was deeply entrenched. By the 1980s, however, it was largely complete (Rosenberg, 1983). Since that time, the state has been withdrawing from its service role and arguing that the private and public sectors can once again take up the slack (Bruce et al., 1999; Chappell, 2001).

Rural locations have been hard hit by these trends and policies (Bruce and Halseth, 2001). The relatively low population density and long distances between rural centres have made them particularly vulnerable (Pinch, 1985; Furuseth, 1998). In addition, the aging population structure has placed greater demand on services at the same time that higher levels of out-migration have undermined the traditional bases of social cohesion which supported the informal social service structures (Hayslip et al., 1980; Windley, 1983; Gill and Everitt, 1993; Keating et al., 2001). The overall effect is having a significant impact on local quality of life and the ability of places to hold or attract economic development (Bluestone and Harrison, 1982; Fitchen, 1991).

Communication, transportation, business, health, education, welfare, and justice services each play a role in maintaining local economic activities in communities (Pierce and Dale, 1999). These are even more important under the rapidly changing conditions of the new economy (Knox and Agnew, 1994). Services are crucial for attracting new economic activities since the provision of social services creates the quality of life that footloose economic development seeks while communication, transportation, and business services provide the tools required (Pinch, 1985; Potapchuk et al., 1997; Putnam, 2001; ISUMA, 2001). The analysis of conditions and changes in these basic services (related to health, education, quality of life, and infrastructure) is therefore a critical component of our analysis of rural capacity.

The Services theme team examined the changes in services in two primary ways. First, they provided an analysis of the current conditions and processes relating to service provision in rural Canada (both formal and informal) (Delaney, 1995; MacLeod et al., 1998). This included an update of the NRE data collected in 1998 and 2000 along with a more focused study of volunteer-based services (Bruce et al., 1999; Bruce and Halseth, 2001). They concentrated on the forms of capacity utilized and the integration of those forms within various types of service providers and communities. Particular attention was given to the implications of service changes for vulnerable populations such as elderly people (Fast et al., 2001), the working poor (Reimer, 2001a), youth (LeBlanc, 2000; LeBlanc and Gauthier, 2001; Looker and Andres, 2001), and single mothers (Reed, 1999; Halseth and Lo, 1999; Preston et al., 2000).[1]  Social services (both formal and informal) were prominent in this analysis (Blacksell et al., 1988; Northern and Rural Health Task Force, 1995; McGranahan and Kassel, 1997; Jané, 1998). This part of the research addressed such questions as: How is the organization and provision of social and commercial services changing under the new economy? Which types of capacity are most effective in providing such services? How do the different types of community organization contribute to the different types of capacity? and Which types of rural people are particularly vulnerable to changes in services?

Second, the team focused on some of the many innovations in service delivery that emerged as a result of the changing conditions (Boone et al., 1997; Halseth and Williams, 1999). They tracked examples of innovative servicing such as the Tumbler Ridge agreement to supply basic education and medical services and the Saskatchewan case of innovative provision of women’s shelters. Both experiments were designed to build a foundation for retaining existing companies and residents and attracting new companies and residents. These examples also gave us a chance to explore the longevity of these arrangements and the ‘lessons’ which may be learned from their experience. Cases selected included examples from our international networks in order to provide comparisons of different administrative and political regimes.

[1] Although Aboriginal peoples are clearly vulnerable to changes in the new economy, we did not have the experience and resources within our team to deal with their situation. Some of our team members have conducted research on Aboriginal matters (Peters et al., 1991; Reimer and Trott, 1997), but we felt that an appropriate integration of them into our analysis was beyond our resources at the time when the NRE was established. We held discussions with DIAND, Industry Canada, and Natural Resources Canada to this end, but awaited the availability of research personnel before we could commit ourselves to such a task. 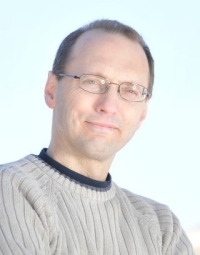 Number and level of students who worked with this team:

Site profiles
This project included the development of revised site profile documents for execution across all sites of the research network. Drafts of the revised document were circulated to members of the NRE network and it was reviewed at the Spring 2003 workshop in Ferintosh. Beginning in May 2003 the profile document was executed across Canada. At UNBC we completed the work in the Mackenzie and Tumbler Ridge sites. The remainder of the summer months was spent on data input and clean up with the rest of the NRE network.

Innovative and voluntary sector groups
This project included the development of a new survey instrument for collecting information on a range of voluntary and innovative service providers in rural communities. The sampling design involved four sites from across Canada (Mackenzie, Wood River, Tweed, and Springhill). The survey instrument was vetted by the NRE network and reviewed at the Spring 2003 workshop in Ferintosh. The UNBC team completed the work in Mackenzie. All research teams submitted the completed survey instrument by August 2003.

Literature review
The Services Research Centre continued with the development and expansion of its literature review on rural and small town services delivery. One of the achievements has been the completion of a report (together with Patrice LeBlanc's group at the Département des sciences du développement humain et social Université du Québec en Abitibi-Témiscamingue) on the connections between services provision and social capital in rural and small town places.

The NRE project was organized into four major themes—with teams of researchers who specialized in each topic. A Central Team, working out of NRE Headquarters located at Concordia University in Montréal, coordinated the activities of the entire project, as well as conducted research of a broader nature.