Richard Pound, S BA 63, LLD 10, was named honorary founding president by the World Anti-Doping Agency. Pound helped establish the global watchdog in 1999 and is the longest-serving member of the International Olympic Committee.

Kathleen Zellner, BA 74, was hired to join the legal team of actor Johnny Depp in his defence against ex-wife and actress Amber Heard.

André Desmarais, BComm 78, LLD 07, chairman of Power Corporation of Canada, has been inducted into the 2022 Canadian Business Hall of Fame.

Monique Polak, MA 84, won the Janet Savage Blachford Prize for Children’s/Young Adult Literature from the Quebec Writers’ Federation for Room for One More.

Darren Entwistle, BA 86, LLD 12, president and CEO of Telus, has been named to Vancouver Magazine’s latest Power 50 List, which highlights individuals “who use their platforms to uplift others.”

Jacques Goulet, BSc 88, president of Sun Life Canada, was named CEO of the Year in the Large Business category by Les Affaires.

Ula Ubani, BA 91, was named among Canada’s Most Powerful Women: Top 100 award winners in 2021 by the Women’s Executive Network.

Jahangir Mohammed, MASc 93, DSc 17, founder and CEO of Twin Health, has been named to CB Insights’ Digital Health 150, which showcases the 150 most promising private digital-health companies in the world.

Emma Tibaldo, BA 93, BFA 99, was the winner of a 2021 Sentinel Prize from the Conseil québécois du théâtre.

Rodolphe Saadé, BComm 94, was named France’s Entrepreneur of the Year for the South-East region.

Mohamed Alkadry, MA 96, was named a 2021 Fellow of the National Academy of Public Administration.

Julie Flett, BFA 99, is a co-winner of the 2021 Governor General’s Literary Award in the category of Young People’s Literature – Illustrated Books for On the Trapline.

Karen Trask, MFA 99, was one of five winners of the inaugural PHI Montreal artist residencies.

Sarah Venart, MA 02, was awarded the Quebec Writers’ Federation’s A. M. Klein Prize for Poetry for I Am the Big Heart.

Amin Alhassan, PhD 03, was named Ghana’s Most People-Focused CEO of the Year.

Nicolas Schulman, BA 05, was selected as one of Canada’s Top Wealth Advisors by The Globe and Mail. 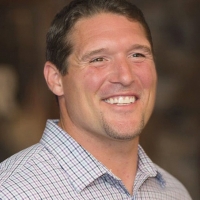 Donovan was head coach of the Concordia Stingers men’s football team from 2014-17.

Eric St-Pierre, BA 06, was selected as one of the honourees of the 2022 Clean50 Awards and a finalist for the Young Bar of Montreal Lawyer of the Year award in the Alternative Career category.

Eleonora Eusepi, BA 09, was a finalist for the Young Bar of Montreal Lawyer of the Year award in the Corporate Law category.

Gohar Manvelyan, BFA 10, GrDip 12, received the Young Conductor’s Fellowship 2021 from the Hnatyshyn Foundation and was the recipient of the 2021 Christa and Franz-Paul Decker Fellowship in Conducting. 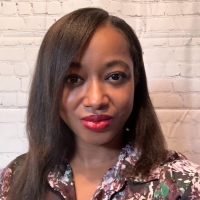 The prize comes with a $6,000 award from the Canada Council for the Arts, and Sutherland will attend a two-week writing residency at the Banff Centre for the Arts and Creativity.

Eunice Bélidor, BFA 12, curator at the Montreal Museum of Fine Arts, was selected as one of seven inspiring women of 2021 by Chatelaine. Lise Gaston, MA 12, won the 2021 CBC Poetry Prize for James.

Laurence Hervieux-Gosselin, BFA 16, was the winner of the Prix Lynne-Cohen for photography.

Hawa Keita, BComm 17, was named one of Canada’s Top 30 Under 30 Sustainability Leaders of 2021 by Corporate Knights.

Sarah Abou-Bakr, BA 19, was the recipient of the Centre culturel islamique de Québec (CCIQ) Memorial Award for her efforts to promote awareness and understanding of the Muslim experience in Quebec and Canada.

Santiago Tamayo Soler, BFA 19, was one of five winners of the inaugural PHI Montreal artist residencies.

Jennifer Flanagan, LLD 20, was named one of Canada’s Most Powerful Women: Top 100 award winners in 2021 by the Women’s Executive Network.

Aurelio Meza, PhD 20, was named a 2021-22 Fellow of the Electronic Literature Organization.

Patrick Brian Smith, PhD 20, was awarded the British Academy Postdoctoral Fellowship at the University of Warwick.

Claire Staton, BSc 21, earned a Clarendon Scholarship to the University of Oxford.

Barry F. Lorenzetti, president and CEO at BFL Canada, was awarded the International Business Leader of the Year Award from the Canadian Chamber of Commerce. In 2021, Lorenzetti established the Barry F. Lorenzetti Centre for Women Entrepreneurship and Leadership at Concordia’s John Molson School of Business.

In honour of India’s Republic Day on January 26, Gad Saad, professor, Department of Marketing at Concordia, was congratulated by India’s Prime Minister Narendra Modi for his work in evolutionary behavioural sciences and marketing. 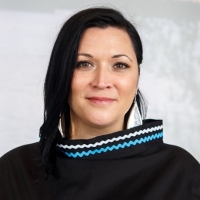 Heather Igloliorte, associate professor in the Department of Art History, was awarded the Royal Canadian Academy of Arts Medal in recognition of her contributions to the field of arts and culture.

Three members of the Concordia community were recognized in December 2021 with the Order of Canada — one of the country’s highest civilian honours — for their outstanding achievement, dedication to community and service to the nation:

The following alumni were elected as Members of Parliament in their respective boroughs:

Four Concordia alumni were among the 2022 laureates for Black History Month in Montreal:

CBC Quebec honoured its 2022 Black Changemakers in February — its second edition celebrating exceptional members of the province’s Black communities who are making a difference. Five Concordians are among this year’s changemakers:

Back to the Spring 2022 issue
Back to top