‘There are always underrepresented segments of society’ 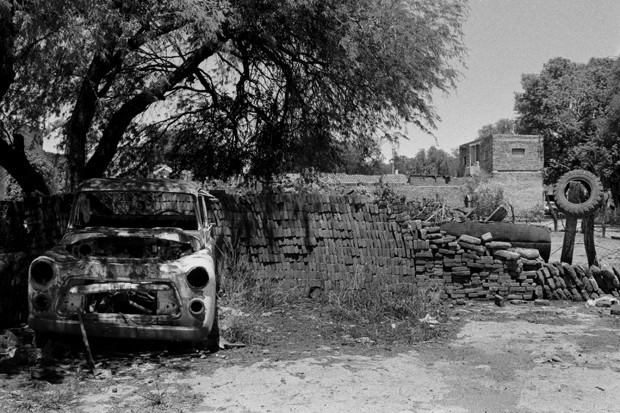 Victor Arroyo: “A memorial to the Mexican middle class.”

In 1997, Victor Arroyo was a homeless man in León, Mexico.

He and his comfortably middle-class family had lost everything in a massive economic collapse. Three seismic political changes had shaken the nation in recent years: the North American Free Trade Agreement took effect, the PRI party collapsed after seven decades in power and the Zapatista movement began.

“It was a bloody time. Billions of dollars ran out of the country,” he recalls. “Anyone over 30 was affected and has a story.”

Arroyo chose to tell his own with one of his few remaining possessions: a camera.

The three-time alumnus (BFA 11, Gr Dip 12, MFA 16) and current Humanities PhD candidate is the winner of this year’s Concordia Remembers competition for his photo, Crisis, now hanging in the FOFA Gallery Courtyard.

This year marks the fourth annual Concordia Remembers exhibition, an initiative funded by the Office of the President and Vice-Chancellor and produced by the FOFA Gallery. Its goal is to offer faculty, staff and students a new and creative opportunity to reflect on Remembrance Day.

Over time, Arroyo got back on his feet and moved to Canada. Throughout, he kept his photographic negatives stored away in a copy of Umberto Eco’s novel The Open Work.

A few years ago he rediscovered them.

“I went to a photo store to scan them and they came out nicer than I had thought.”

He shared them with a friend.  “This is way more than a living room photo,” She told him. “It is the snapshot of a political moment in Mexico and your personal relationship to it.”

So Arroyo did what he always does: he started to research.

All of his projects combine long-term scholarly investigation and socially engaged art practice. In this case, he researched memorials and sites of collective remembrance and, in 2014, he presented an installation consisting of photographs, text panels and archival video. “Crisis” was part of this collection.

Arroyo’s current dissertation in the Humanities PhD program continues this practice of research-creation. Under the supervision of intermedia arts professor Tim Clark, he is examining how the Indigenous Purépechas achieved self-government and self-regulation after a 2011 insurrection against the Mexican state. 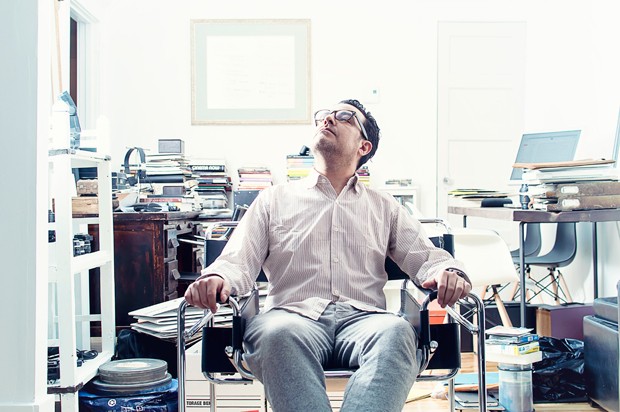 ‘A more fluid mode of remembrance’

“Memorials are ways of shaping identity and culture but at the same time there are always some segments of society that are underrepresented,” Arroyo says.

“In a sense, it is a memorial to the Mexican middle class that supported all these geopolitical pressures. We don’t think of them as representing an identity, but when a country goes into economic crisis, the middle class is the hardest hit.”

The photo itself, he says, “speaks of isolation and exclusion, which is an important part of all memorials.”

Arroyo says he submitted his picture to Concordia Remembers because he believes his story has a connection to Canada, to his memories of Mexico at that time and to his personal journey that brought him to the university.

“Concordia Remembers is a great initiative that allows for a more fluid mode of remembrance. We think of Remembrance Day normally as a fixed way of thinking around citizenship, but this allows for the underrepresented to finally have a space.”

Visit the FOFA Gallery throughout the month of November to view Victor Arroyo’s “Crisis,” this year’s featured photograph for Concordia Remembers.