What’s next for Lara Croft?

As women players increasingly populate the world of gaming, academics and community experts are seeking to level the field
|
By Tracey Lindeman 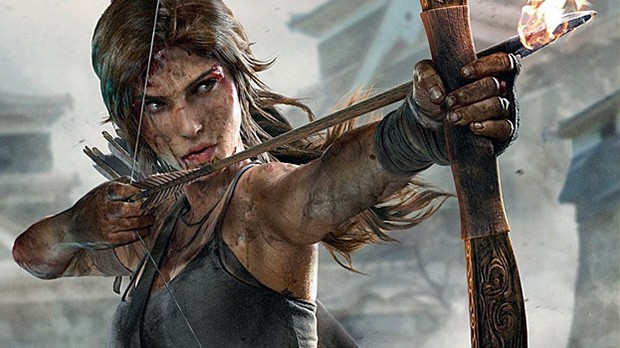 She’s a damsel in distress, a sex kitten in a leotard, maybe even a prostitute a player can choose to kill: whatever the designated role, the representation of women in video games regularly panders to antiquated assumptions and adolescent male fantasies.

Even a strong female character like Tomb Raider’s perennially popular Lara Croft is clad in tank tops and short shorts — perhaps not the most suitable attire for killing bad guys and saving the world. But the market is changing, according to Gabrielle Trépanier-Jobin, an academic who is currently conducting post-doctoral research at the Massachusetts Institute of Technology's (MIT) Game Lab.

From June 26 to 27, local and visiting academics, community members, and gaming research groups from Concordia, Université de Montréal, Université du Québec à Montréal and MIT are gathering at the Grande Bibliothèque (BANQ) to debate the “History of Gender in Games.”

Both Trépanier-Jobin and Mia Consalvo, her fellow symposium organizer and Concordia’s Canada Research Chair in Game Studies and Design, agree that now is the ideal time to bring stereotyped video-game gender roles into the 21st century.

Twenty years ago, the odds of there being a high level of female participation in first-person shooters or a massive multiplayer online role-playing game like World of Warcraft were pretty low, but Consalvo says more women than ever are tapping into those genres — and they are dominating the market for certain console and smartphone video games.

“I've seen things really change a lot in the past 10 years.”

At the same time, video gaming has evolved into a legitimate field of academic study, with more and more researchers looking at gameplay (the tactical aspects of a game), character representation, avatar choices, game creation, gender divisions, social impact and so on.

“We’re ready for a careful, deep-dive exploration into the origins of gender and sexuality in gaming,” says Consalvo.

Last summer’s Gamergate — the multilayered controversy that sparked debate about sexism and harassment in the industry — only adds to the urgency of the call for a better, more thoughtful examination of women’s roles in gaming.

The symposium’s theme was not a reaction to Gamergate, but Trépanier-Jobin believes “Gamergate makes it more relevant.”

Attendees will explore such subjects as female accessibility to the more technical fields of game creation; the representation of women and LGBT characters; and how to make gaming more subversive.

The goal, Trépanier-Jobin and Consalvo say, isn’t to diversify video games to the point of rendering the industry’s offerings unrecognizable to its prior core demographic. Instead, it is to make them more inclusive.

The 2015 Game History Annual Symposium is co-sponsored by Concordia's Technoculture, Art and Games (TAG) research centre. It takes place on June 26 and 27 in Montreal; all events are free and open to the public. A closing event on Saturday, June 27, features indie games that attendees can play.

Find out more about video game design at Concordia, and the Technoculture, Art and Games (TAG) research centre.