As Concordia’s School of Irish Studies celebrates its landmark 10th anniversary, the Irish government is recognizing the school’s two co-founders.

Rhona Richman Kenneally, professor in the Department of Design and Computation Arts, and her partner, Michael Kenneally, principal of the School of Irish Studies, are each recipients of the 2019 Presidential Distinguished Service Award for the Irish Abroad. They earned the award in the category of Business and Education for their work on behalf of Ireland, principally for establishing the School of Irish Studies.

“We aim to be a beacon, a model and a way forward for Irish studies,” says Kenneally, who’s also a former president of the St. Patrick’s Society of Montreal.

“We have been committed to make the school resonate in ways that satisfy the needs of the Irish community in Montreal and beyond,” says Richman Kenneally, a fellow of the school and also editor of the Canadian Journal of Irish Studies. “We also aim to promote innovative and compelling scholarship by tying together many different disciplines in a way that challenges students and researchers at all levels,” she adds.

Richman Kenneally and Kenneally are among this year’s 12 honourees, chosen out of almost 200 nominees from around the world. Ireland’s Department of Foreign Affairs and Trade will fly the pair to Ireland to attend a special ceremony held by the President of Ireland at his official residence.

The award is open only to those living outside of the country and celebrates the “hard work, energy and dedication of nominees to make a valuable contribution to people’s lives,” as the citation on the award reads. 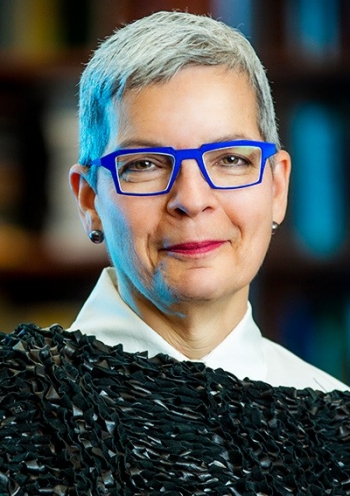 “If you think of Michael and myself as comprising a microcosm of Irishness, it’s interesting,” says Richman Kenneally.

“Michael has a traditional Irish diaspora story. He came here from Ireland after high school. He still goes back and has lots of family members there.”

In contrast, “I don’t have one molecule of Irishness in my DNA,” Richman Kenneally notes. “My father and maternal grandparents emigrated to Canada to escape antisemitism. So, Michael is an immigrant, and I chose to embrace Irishness as another facet of my already rich heritage.”

Richman Kenneally is now an Irish citizen who has been travelling to Ireland since the two were married 41 years ago. “I have become a diasporic person and feel that affinity, although not in the same way Michael does, but through my own visceral attachment,” she says.

“These are two distinct kinds of Irishness, and each of us understands this award in separate ways.” 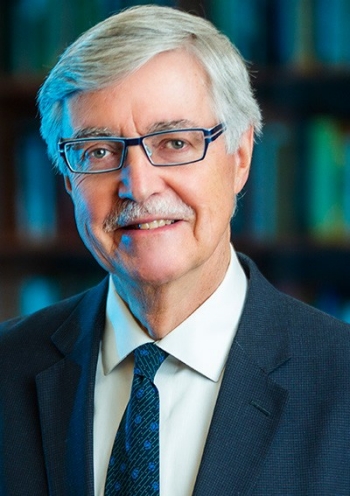 A vision and a mission

Kenneally believes the award is a recognition of two major achievements by the School of Irish Studies: the support and close relationship of Montreal’s Irish community and the forward-looking interdisciplinarity of the school’s approach.

“The committee in Ireland recognized that this is an academic presence in Irish studies that is now considered one of the best, if not the best, in the world — and it’s still only young.”

From the beginning, the couple knew that creating the school required community input.

“The Irish community in Montreal is what I call an old community. It’s an embedded community,” explains Kenneally.

“Members have a very strong connection to an Ireland that is very different from the Ireland of today. It’s kind of an ‘Ireland of the mind’ that they have created here, with their own traditions, defining their own Irish diasporic identity.”

So the two set out to seek support from that community.

“We started talking to people and realized that a traditional academic approach didn’t speak to them,” he says.

The school’s vision and mission started from a basic premise, that, in addition to investigating Ireland’s past and present, it would focus on the diaspora — stories from Montreal, Quebec and Canada.

That vision grew to include a strong component of interdisciplinarity. No other program pushes as many boundaries of what the field of Irish studies can be, Kenneally says.

The school’s offerings have grown beyond such areas as literature, language and history to encompass courses on design, film, theatre, art education, ethnomusicology, economics, geography, politics and performance studies. This intentional cross-pollination between students from different departments and faculties sets off intellectual sparks in the classroom, Richman Kenneally reports.

Since she’s based in the Faculty of Fine Arts, for instance, her courses move Irish studies into domains where it doesn’t typically get a chance to go — sometimes far from it.

“I make sure to open up opportunities for students from different programs to get to interact with each other,” Richman Kenneally says. “That helps create an environment in which people with completely different skill sets come together and work toward a common goal, developing a means to explore complex issues in collaborative ways.”

In addition, despite technically being an undergraduate academic unit, the school has been able to offer studies at the graduate and postgraduate levels, via the Centre for Interdisciplinary Studies in Society and Culture's Humanities PhD and the Individualized MA and MSc programs. The current cohort of graduate students exceeds 25.

The school’s other key function is to serve as a hub within the Irish communities of Montreal and Quebec.

“Because our outreach has been so successful, the community now sees the school as a part of its continued revitalization,” says Kenneally. “It has a psychological home, a centre here.”

The community has also provided generous funding to the school via the Canadian Irish Studies Foundation, set up by the school to finance its activities. Over the years the foundation has raised more than $7 million.

The foundation, Kenneally reports, has been crucial in putting the school on a solid footing.

“Because we set up the foundation at arm’s length from Concordia, and because they were so successful in raising a significant amount of money, the school’s permanence is assured.”

The money received via the foundation also enables the school to offer generous funding packages to students, including tuition remission to Quebec students with a GPA of 3.0 or higher and funded research trips to Ireland.

When asked what this award means to them, the dynamic duo doesn’t hold back.

“It feels wonderful to get this affirmation that what we’ve done is meaningful for so many. ” says Richman Kenneally, who adds that she is very honoured by the award and what it signifies for the pair’s shared accomplishments.

“It really does take a village. I can list a great number of people who ought to receive this award with us.”

For Kenneally, who comes from a family of nine, the fact the award celebrates Irish diaspora members is significant. “It’s great that people in Ireland have this opportunity to learn more about the many foot soldiers around the world working on behalf of Ireland,” he says.

“Not everyone is fully aware of the interest abroad in Ireland and Irish culture, and of the people who volunteer with such dedication. This is very gratifying for me.”

The pair also credits Concordia for the foresight and can-do attitude that has allowed the school to flourish in such a short period.

“The response of senior administrators at Concordia has always been, ‘If you can make it work, we can make it happen,’” says Richman Kenneally.

“We will always be grateful for that.”