StartUP Nations cultivates the spirit of collective entrepreneurship at Concordia

Brooke Deer: “We want participants to have the courage to dream of creative new ideas and carry them out.”

Thirty Indigenous youth from across Quebec had a lot to reflect on this summer after participating in the second annual StartUP Nations event at Concordia in May.

“It’s kind of like a startup weekend or a business boot camp with a focus on respecting Indigenous values and Indigenous culture,” explains Ron Abraira, lecturer in the Department of Management at Concordia’s John Molson School of Business (JMSB). Abraira reprised his role as one of the judges this year.

There are a host of incubators and accelerators for young entrepreneurs in Quebec, but StartUP Nations stands out for assembling Indigenous youth from across the province.

The event included participants aged 15 to 35 across eight teams. They had the chance to sharpen their entrepreneurial skills and apply them to projects designed for social impact in their communities. This model is known as social enterprise or collective entrepreneurship.

“We’re supposed to be thinking seven generations ahead, always,” says Brooke Deer, the JMSB graduate student who led the mentors, of her Kanien’kehá:ka community of Kahnawake. “We’re people of the longhouse. We’re very socially oriented, so these formats appeal to us.”

Indigenous peoples and communities are diverse, but Deer says this collective spirit is a common thread. 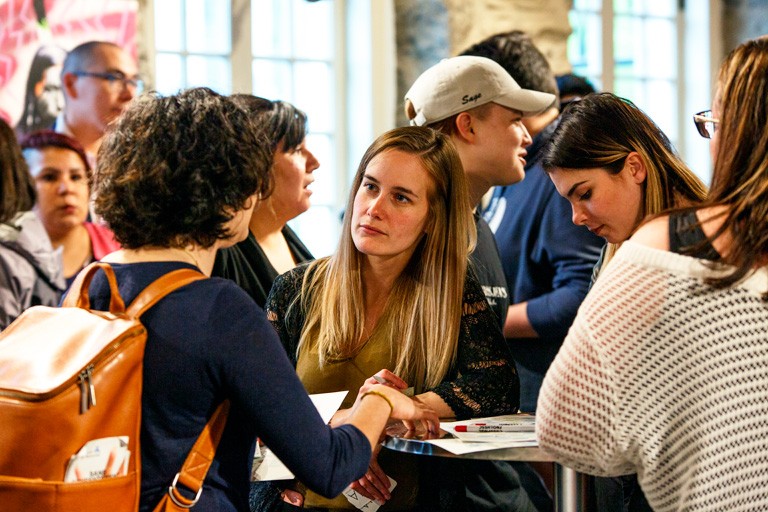 ‘Something meaningful for the community’

“I was excited to learn about the projects and assist the teams in whatever way they wanted and felt comfortable with,” says Autumn Godwin, one of six student mentors hired by Concordia’s Office of Community Engagement, the event’s main partner.

“At first, the teams were shy and it took a bit of time for them to warm up to us.”

Godwin suggested a dinner get-together, and soon everyone was feeling more comfortable.

“Overall, I think it went really well,” says Deer. She added that the mentors, themselves Indigenous, developed good relationships with the teams and individuals.

Deer values the mentoring role as an opportunity to give back. “A lot of students are trying to figure out how to convert the things they’ve learned while at Concordia into something meaningful for the community.”

Godwin provided guidance and attended all the workshops. She became so invested in her team that she watched nervously as its members gave media interviews following the event. She was gratified to see the pride they felt.

She also reflected on what she gained from the experience. “I loved being able to witness the intergenerational collaboration between youth and Elders and am extremely excited about the connections that I have made,” Godwin says.

“As a research student myself, my work takes on a similar character as I’m interested in looking into Indigenous cultural practices and what it means to bring them forward.”

For Concordia’s student mentors, the experience of working with StartUP teams will continue to inform their own work and fuel their motivation to achieve and grow. 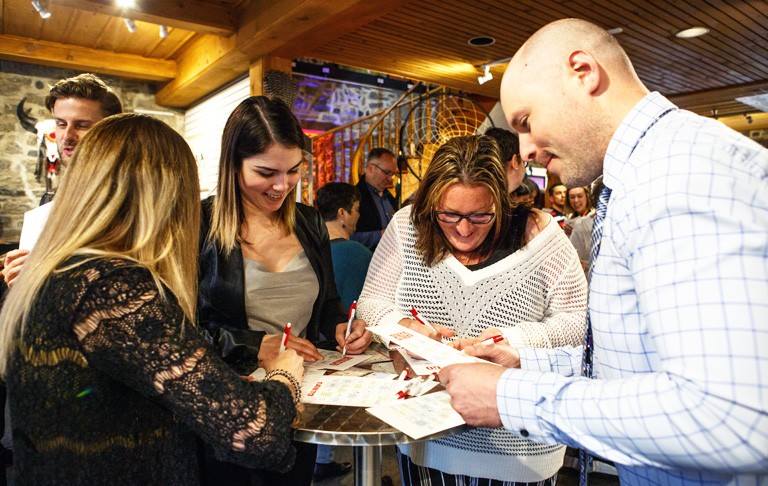 This encouraging spirit is at the centre of StartUP Nations, which was developed by Karine Awashish, social economy advisor at the First Nations of Quebec and Labrador Economic Development Commission.

This year’s teams came from Quebec City, Mashteuiatsh, Mistissini, Manawan, Uashat-Maliotenam, Ekuanitshit, Pessamit and Listuguj. They each arrived with a developed concept and even had their own logos.

“Some of the things we think of as a business in a city don’t necessarily work in a remote community,” explains Abraira.

Nonetheless, the wide-ranging projects had some similarities. “I think virtually every project incorporated the use of Elders’ knowledge in the development of the enterprise. That for me was something very impressive.”

Deer cites the moose hide project, developed by the Mistissini team with whom Godwin worked closely, as an example of one that emphasized this kind of knowledge.

The team had noticed that when moose were hunted in their Cree community, hides were going to waste or being tanned in a way that did not reflect traditional methods. Their project seeks to involve Knowledge Keepers of older generations to ensure hides are preserved in a way that carries forward the traditions of their people.

These are then used for crafts or staple items such as mittens that can be distributed within the community or sold.

“They weren’t necessarily businesses,” says Deer of the breadth of projects. “But they were all things that require entrepreneurial skills. And I think gaining those skills in the interest of benefiting the community is really what interests Indigenous people.”

She highlighted how events such as these can help build connections between communities by noting that something like the moose hide project could be beneficial to her own community.

“We kind of have lost those skills,” she says, before correcting herself. “They were taken away from us.” 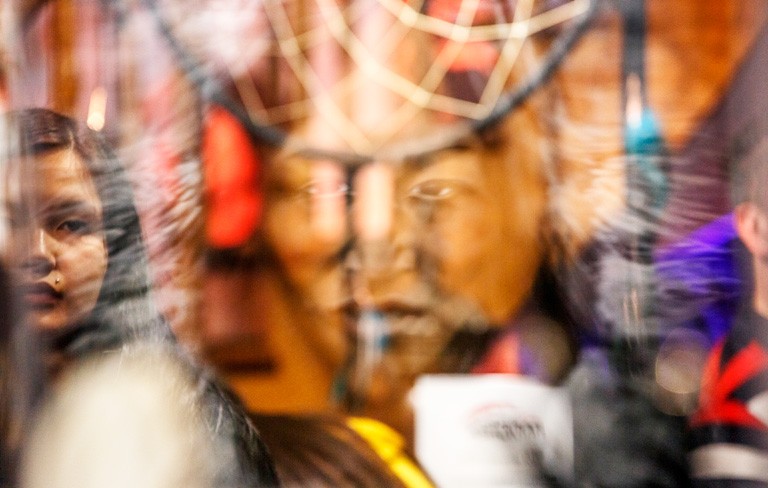 The second edition of StartUP Nations culminated much as the first one did, with a Dragons’ Den­­-style pitch that saw teams consolidate their new skills in what Abraira calls a “public speaking adventure.”

So which of the judges was the mean one?

Unlike on television, there was no contrived drama and no one playing to the camera. Rather, the “gentle dragons” nudged teams in the right direction while delighting in their innovative visions for community-based development.

“The thing that I found most impressive was the integration of all members of the community in the social enterprise,” Abraira says.

Deer notes that some of those who seemed most shy took the most active roles in the presentations, which she identified as an indicator of the event’s success.

“It’s about empowering youth to have the confidence to take on that initiative, to be bold enough to try.”

Abraira hopes the event can help Concordia present itself as a welcoming place for Indigenous students. “If any of the participants are inspired to come and be students here in the medium-term, that would be a great achievement.”

Deer, meanwhile, is excited to see where the ideas and projects lead.

“I hope they actually come to light and grow,” she says. “I’d love to visit them someday.”

Regardless of the fate of current projects, Deer hopes the participants went home invigorated with an entrepreneurial stamp.

“We want participants to have the courage to dream of creative new ideas and initiatives and to actually carry them out.”

Find out more about StartUP Nations.