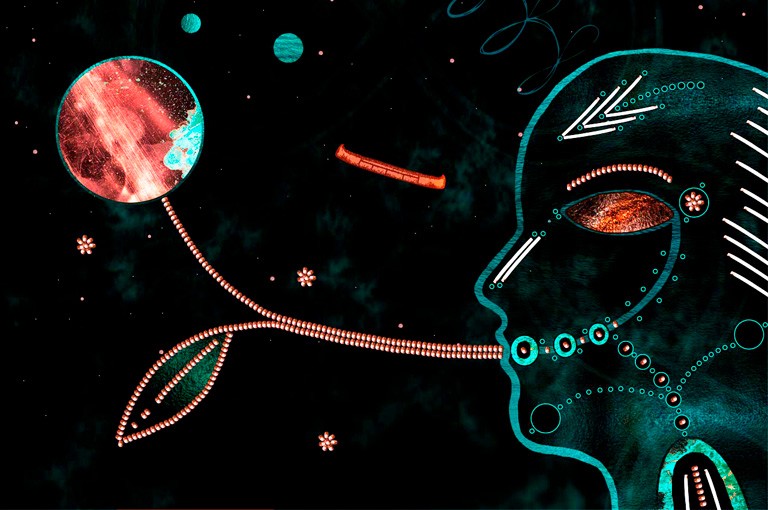 The Indigenous Directions Leadership Council (IDLC) is a governing council whose mandate is to drive institutional change through the decolonization and indigenization of Concordia University. The IDLC provides leadership to the University, and undertakes this work for the benefit of past, present, and future students, faculty and staff, to prepare the ground for ongoing and increasing efforts to recalibrate the University’s internal and external relationships with Indigenous peoples.

The IDLC oversees and guides the implementation of the Indigenous Directions Action Plan in partnership with the Concordia University community. The Action Plan is a living document and guide that is intended to enable Concordia to move towards being a more responsive, respectful, and reciprocal post-secondary institution for and with Indigenous peoples, locally, nationally, and internationally. The IDLC also provides advice and makes recommendations to the Office of the Provost and Vice-President, Academic Affairs, senior management and other University stakeholders on matters related to the decolonization and indigenization of the University.

The IDLC's membership includes Concordia staff, faculty and students. Get to know our members below. 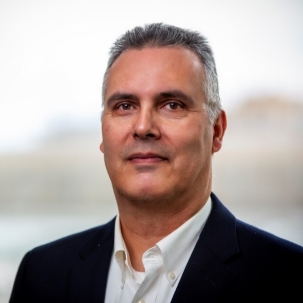 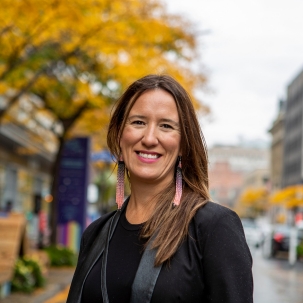 Autumn Godwin is nehithaw iskwew from Montreal Lake Cree Nation located on treaty 6 territory in Northern Saskatchewan. Autumn returned to her ancestral land to reconnect to cultural practices as part of her journey to reclaiming her Indigenous identity. Her work is inspired by her own process and is grounded in reclaiming language, ceremony, and emancipatory practices. She wishes to pass on this traditional Indigenous knowledge to her children and to the next 7 generations.

Autumn is currently enrolled in her Masters with Concordia’s Individualized Program where she is continuing her research about Indigenous cultural resurgence. She intends to share and disseminate her research as a means of facilitating the process of decolonization. She works for several community organizations in support of the Indigenous community in Montreal and is a research assistant within the self-managed research collective TREE’s (Transformative, Economy, Ecosystem, and Social Justice). 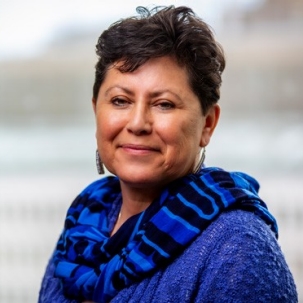 Donna Kahérakwas Goodleaf is a citizen of the Kanien’kehá:ka Nation, Turtle Clan, from the community of Kahnawake.

She brings her rich knowledge, cultural teachings, and educational expertise to her position as Concordia’s Director of Indigenous Curriculum and Pedagogy. Based out of the Centre for Teaching and Learning, Dr. Goodleaf plans on working with faculty members to rewrite their curricula to help ensure that Indigenous students can see themselves and their stories reflected in their studies. 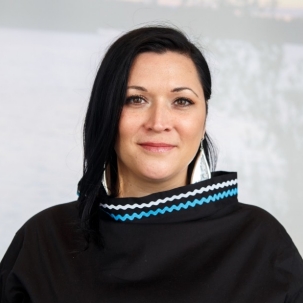 Heather Igloliorte, an Inuk scholar and curator from Nunatsiavut currently residing in Montreal, Quebec, has published extensively on Inuit and other Indigenous arts in academic journals such as PUBLIC, Art Link, TOPIA, Art Journal, and RACAR and in texts such as Mapping Modernisms: Art, Indigeneity, Colonialism  (2018), Negotiations in a Vacant Lot: Studying the Visual in Canada (2014), and Curating Difficult Knowledge (2011)​. She is the recipient of the CAA 2017 Art Journal Article of the Year Award for her essay, “Curating Inuit Qaujimajatuqangit: Inuit Knowledge in the Qallunaat Art Museum” and her nationally-touring exhibition SakKijâjuk: Art and Craft from Nunatsiavut (2016-2020) received a 2017 Outstanding Achievement Award from the Canadian Museums Association. Her recent curatorial projects include the contemporary circumpolar art exhibition Among All These Tundras (2018); the retrospective Alootook Ipellie: Walking Both Sides of an Invisible Border (2018); and the inaugural exhibitions of the Winnipeg Art Gallery’s Inuit Art Centre, opening 2020.

Heather is very involved in service to Indigenous peoples through the arts and academia. She currently serves as the co-Chair of the WAG's Indigenous Advisory Circle, and sits on the Indigenous advisory committees of the Social Sciences and Humanities Research Council of Canada, the Federation for the Humanities and Social Sciences, and the National Film Board of Canada. Heather also serves as a member of the Faculty Council of the Otsego Institute,​and on the Board of Directors of the Inuit Art Foundation, Native American Art Studies Association, and the Nunavut Film Development Corporation.

Katsistohkwí:io is Kanien’kehá:ka from Kahnawà:ke and is part of the Bear Clan. She is the Interim Coordinator of the Otsenhákta Student Centre and she is responsible for managing the team at the OSC and for overseeing the daily operation of the Centre. Katsistohkwí:io also supports Indigenous students who are registered with the Otsenhákta Student Centre with their academics. Her responsibilities include: 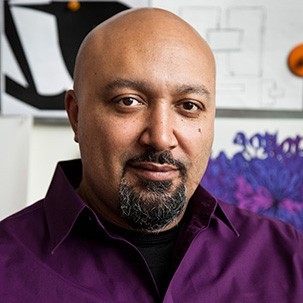 He is the director of the Initiative for Indigenous Futures, a seven-year SSHRC-funded partnership focused on how Indigenous communities imagine themselves seven generations hence.

He co-founded and co-directs the Aboriginal Territories in Cyberspace research network that investigates how Indigenous people can participate in the shaping of digital media as well as the Skins Workshops on Aboriginal Storytelling and Video Game Design.

Jason’s creative work has been featured in five solo exhibitions as well as at Ars Electronica, ISEA, SIGGRAPH, Urban Screens, Elektra, and Mobilefest, among other venues. His writing about new media has been presented at conferences, festivals and exhibitions on four continents and his work has won multiple awards. He is Cherokee, Hawaiian, and Samoan, born and raised in the mountains of northern California. 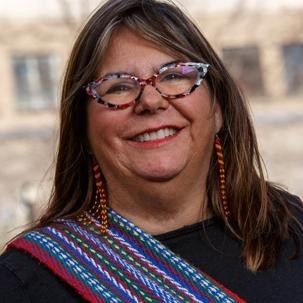 Dr. Catherine Richardson/Kinewesquao is Métis with Cree, Gwichin and Dene ancestry. She was born on Coast Salish territory on Vancouver Island. Her mother’s community is Fort Chipewyan, Northern Alberta.

Catherine is an associate professor and Director of the First Peoples Studies program at Concordia. Prior to that, she held positions in social work at the Université de Montréal and the University of Victoria.

Catherine is a clinical counsellor and the co-founder of the Centre for Response-Based Practice. Her work is dedicated to violence prevention and recovery and her research focuses on responses to colonialism and state violence.

Catherine is the 2019 recipient of the Indigenous Practice Award with the Canadian Counselling and Psychotherapy Association. Currently, she is the Quebec lead on the Canadian Domestic Homicide Prevention Initiative. 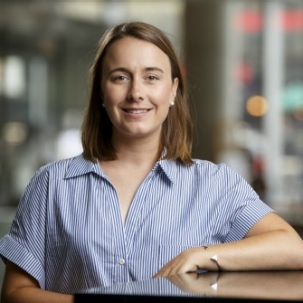 Geneviève Sioui is Wendat from Wendake and grew up in Québec city. She holds a Bachelor's Degree in Anthropology and a Specialized Graduate Diploma in Society, Public Policy and Health both from Université de Montréal.

For the last decade, she has worked closely with urban Indigenous communities in Québec advocating for social justice in domains of education, health, and social services.

She has been involved in various research projects at the Dialog Network (INRS), CRI-VIFF (Université de Montréal) and Concordia University.

Her professional experiences also include supporting and developing strategies for the educational success of Indigenous youth as an Education Support Agent at the Centre d’amitié autochtone de Lanaudière and offering socio-academic support to Indigenous students at the Cégep Régional de Lanaudière.

Geneviève has taught anthropology at Kiuna Institute, the only First Nations College in Quebec.

She is currently responsible for developing and stewarding partnerships with Indigenous community stakeholders as part of the University’s broad Indigenous Directions strategies. 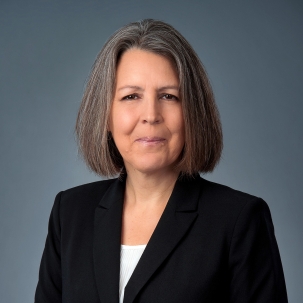 Manon Tremblay is a nêhiyaw-iskwêw (Plains Cree) from the Muskeg Lake Cree Nation.

She also held the position of Senior Project Leader for the Public Service Commission of Canada’s Aboriginal Centre of Expertise where she worked in strategic Indigenous recruitment programs and Indigenous talent management.

Manon has spent 18 years of her career as a university student services administrator, part-time faculty and senior advisor on Indigenous affairs, first at Concordia University and then at the University of Ottawa. Manon is a recipient of the 2016 Public Service Award of Excellence. 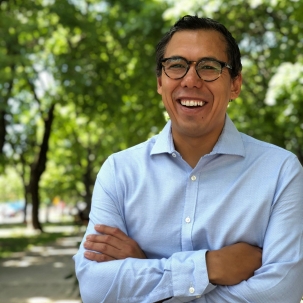 Allan Vicaire is Mi’kmaw from the community of Listuguj within Quebec.

In his role as project coordinator, he provides strategic advice, project management and operational activities for the Office for Indigenous Directions.

Prior to joining the Office of the Provost, Allan worked at McGill University for 9 years serving as the Director of the First Peoples’ House where he was responsible for the management of the student resource centre and provided strategic input throughout the university to ensure Indigenous student success. He also worked as the Indigenous Equity Advisor where he was responsible for designing educational programming such as the Indigenous Awareness Week and developing training in order to educate the McGill community about Indigenous peoples in Canada.

Allan is also a Concordia alumnus, having graduated in 2009 with a BA in Political Science.