‘We want to offer effective treatments with efficient use of resources’ 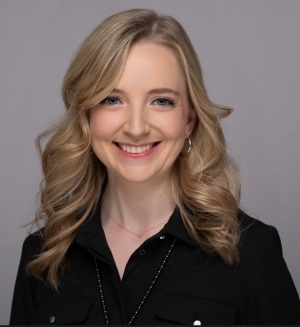 At the onset of the COVID-19 pandemic, researchers from around the world studied hundreds of thousands of existing medications to see if any had an effect on the rapidly spreading infectious disease.

The aim was to find effective, existing treatments quickly, since developing and testing new ones is a much longer process.

“One of the medications that they found was fluvoxamine, which is a selective serotonin reuptake inhibitor (SSRI) antidepressant that’s been around for a number of years,” says Emily McDonald, BSc (biochemistry) 05.

That’s when McDonald, associate professor of medicine at McGill University and scientist at the Research Institute of the McGill University Health Centre (MUHC), joined the larger STOP COVID2 study as the Canadian principal investigator. Working with researchers in Canada and the United States, she and her colleagues quickly conducted a placebo-controlled trial over the winter 2020 holidays.

“I wanted to participate in this study because the results of the first trial were so promising,” McDonald says. “I thought it was valuable and interesting to be able to offer patients in Quebec and Canada this option for treatment, so my colleagues Todd Lee [MUHC] Simone Vigod [Women’s College Hospital in Toronto] and I received authorization from Health Canada to bring on several Canadian sites to the study.”

The Canadian investigators decided in the spring to combine and analyze the results of all three studies. The results of their meta-analysis confirming the benefits of fluvoxamine in preventing hospitalization following a COVID-19 infection were published in April in JAMA Network Open — the American Medical Association’s monthly open-access journal.

In contrast with the FDA’s recent decision

While the Ontario COVID-19 Science Advisory Table lists fluvoxamine among its COVID-19 treatments to consider, not all governments and associations have followed suit. In May, the Food and Drug Administration (FDA) denied an emergency use authorization for fluvoxamine as a SARS-CoV-2 antiviral.

“Fluvoxamine is not the only medication for COVID where major government or professional society guidelines have diverged in their recommendations, despite analyzing the same body of evidence,” says McDonald, adding that study results and the value of an effect size of a medication are always open to some degree of interpretation.

“Fluvoxamine is a generic drug, so there’s no pharmaceutical company pushing for its uptake the way some other companies are strongly advocating for their treatments. Sometimes with these decisions there's more than just science at play. There can also be politics.”

Despite this, McDonald points out that it’s good to have a variety of treatment options because COVID-19 continues to mutate, and patients respond differently to particular medications. She also notes that fluvoxamine is a more affordable option than other antiviral therapies like Paxlovid.

“Potentially, it could be a treatment that remains effective despite mutations in the virus because it’s not dependent on that. We want to offer high-value medical care and effective treatments with efficient use of resources.”

Crediting her time at Concordia for making her the scientist she is today, McDonald recalls that the university was a very safe environment to study in, with professors who were always approachable and available to talk outside of class.

“I was a member of the Science College. We were a tight-knit group of students who were really curious — and that was encouraged,” she says. “My professors offered me opportunities to conduct research very early on, so I think a lot of that was quite formative in the scientist I've become today.”

“My mother was very passionate about teaching Canadian literature and was a strong advocate for Indigenous peoples’ rights,” McDonald says. “It was important for me to give back to Concordia. The university worked with me to develop this annual scholarship, which will be open to Indigenous students starting this fall.”