Gilnaz Arzpeyma’s Fleeting: Here and There is in competition for the Graduation Short Films category
|
By Daniel Bartlett, BA 08 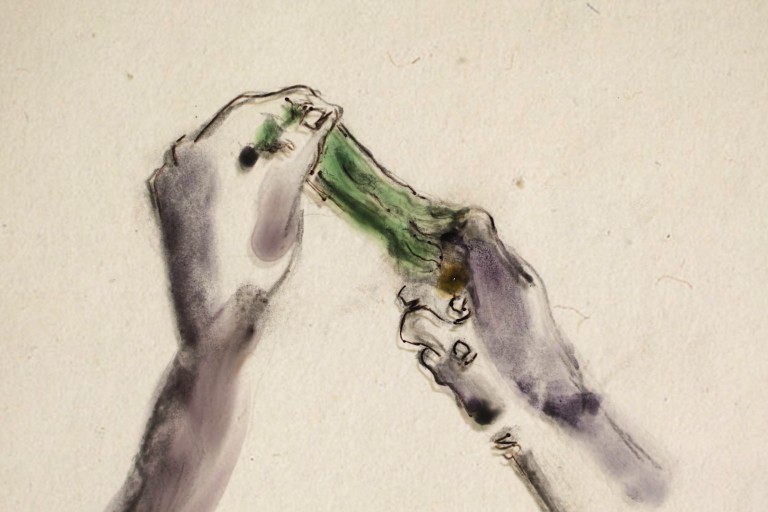 When Gilnaz Arzpeyma, MASc 12, BFA 21, learned that the Annecy International Animation Film Festival selected their film, Fleeting: Here and There, for its Graduation Short Films Competition, the announcement took them by surprise.

“I was extremely happy because being in competition at Annecy 2022 gives me the opportunity to get to connect with the international animation community,” Arzpeyma says.

Founded in 1960, the Annecy Festival is the world’s largest event dedicated to animation and one of only five festivals sponsored by the International Animated Film Association. This year’s competition takes place from June 13 to 18 in Annecy, France.

What’s more, the 2022 edition will be entirely in person, something festival organizers had to forego the past couple of years due to the COVID-19 pandemic.

“I’m looking forward to watching as many films as I can,” Arzpeyma says. “It’s great to be able to attend the festival in person and watch curated films on the big screens again.” 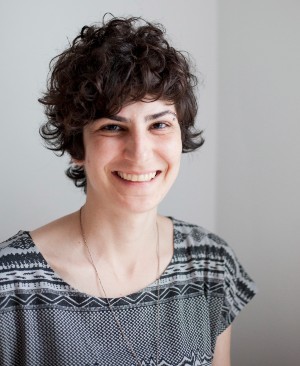 In Fleeting: Here and There, Arzpeyma explores the concepts of presence, time and space. They developed the idea for the film in the middle of the pandemic, at a moment when they felt oversaturated by the news, remote studies and work.

“Because we were all exposed to different virtual and physical realities at the same time, the notion of space became layered and complex,” Arzpeyma says. “I started to think about how we define presence in this situation.”

The film brought them back to their childhood in Tehran, Iran, when the country was undergoing rapid industrialization. Arzpeyma recalls that even though many things were changing, Iranians still had a slower rhythm for time.

Arzpeyma used those memories and their relationship with their unconscious to enrich the film’s messaging.

“In childhood, we make more sensory connections to space around us,” Arzpeyma says. “In a sense, borders between us and the space around us are less rigid and we can make unity with the space. That’s an ability that we lose to a great extent in our experiences as we grow older.”

During production, they used the under-camera animation technique in which a filmmaker will photograph each frame, then combine them into an animated film. The technique perfectly reinforced the film’s theme about presence because if Arzpeyma made a mistake, there was no turning back to correct the error.

“Under-camera animation brings another dimension to the production because it’s a very time-consuming process,” Arzpeyma says. “Each frame of this work took at least five minutes. In a film like mine where there are some 900 or 1,000 frames, it takes a lot of presence and a great amount of focus on the movement in a microscopic way.” 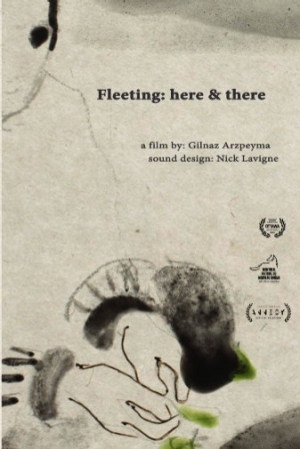 Poster for Fleeting: Here and There

Best of both worlds

Arzpeyma moved from Tehran to Montreal in 2008 to pursue a master’s in mechanical engineering at Concordia. Upon graduation, they worked in the aerospace industry but had trouble adapting to the structure of large corporations, feeling far removed from what they were making.

That’s when they decided to follow their lifelong interest in art and apply to the Mel Hoppenheim School of Cinema in film animation.

“I was very lucky at Concordia. I really loved the education I received, and the professors were extremely helpful — and they still are,” Arzpeyma says. “My professors offer a lot of support post-graduation to help you find your way.”

Rather than turn away from engineering, Arzpeyma is finding a balance between their two passions. They currently serve as a part-time embedded software specialist at CS Canada, where they work on electric cars and their safety functions.

“Through system engineering, we’re trying to see if the design of the control system of the car is safe enough to make decisions and prevent accidents,” Arzpeyma says.

And while Arzpeyma is thankful for all the attention the film is receiving, they are also very appreciative of all the help they got from Concordians along the way.

“I’m grateful for my supervisor, Shira Avni [BFA 98], who really helped me. I was lucky to have her as a professor,” Arzpeyma says. “The film’s sound designer, Nick Lavigne [BFA 19] also contributed a lot to the film because it’s not only about images, but also creating textures in sound. He really did a great job.”