‘It’s all about respect, integrity and credibility’ 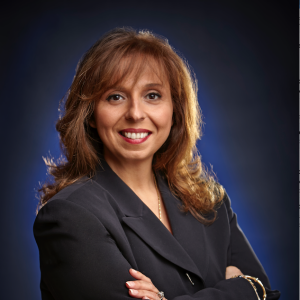 Challenges early on in her career helped her become a more understandable manager, says Mireille Garabedian.

Many who work with Mireille Garabedian, BComm 89, know her tried and true mantra.

“It’s all about respect, integrity and credibility,” says Garabedian. “Respect the person you’re facing whether you agree with them or not. Integrity is being transparent and educating others. Credibility is having the evidence to back up your perspective.”

With 25 years’ experience in strategy management and consulting — and eight in senior executive roles — Garabedian's focus is on being a successful leader to her team.

“I take pride in building people up, so they realize what they’re capable of,” she says. “I make sure that my team is empowered and can make their own decisions.”

Garabedian’s career journey began at Concordia, where she studied international business at what is now the John Molson School of Business.

“It was the first year the program was being offered,” says Garabedian. “I’m a creative person and an explorer, and the word ‘international’, felt like it promised a world of unlimited possibilities and potential. It made me feel like the world was my oyster.”

Her time at Concordia led to long-lasting friendships and helped her develop the foundational skills of working in a team, which guided her through the ups and downs of corporate life.

Bumps in the road

One of Garabedian’s earliest professional challenges was being a woman in a male-dominated field, where her accomplishments were not being recognized.

“In these kinds of environments, there’s always a boys’ club,” she says. “When I first got pregnant, I kept it a secret for a long time because I knew it would be a big deal to my male supervisor. I remember being told that I was taking the place of a man who could provide for his family. My due date was in early November, so I worked until October 31, partly out of spite.”

Garabedian feels her early experiences with gender bias pushed her to be a more understanding manager.

“I try to be the leader that I wish I had been starting out,” she says. “In the beginning, my career was mainly about proving myself and now I’m making it easier for the women that come after me.”

She encourages younger generations to inform their actions and decisions using respect, integrity and credibility to achieve their goals. And when conflicts arise in the workplace, she ensures the team bubble is a safe environment where everyone has a voice.

“I will put you on a pedestal and the only person who can knock you off it is you,” says Garabedian. “It’s not about who is right and wrong or who wins and loses when you’re fighting for the good of the same goal.”