From Concordia to a $4B wealth management business: meet grad Jeffrey Kobernick

‘What a ride. I wouldn’t trade it for anything in the world’
|
By Ian Harrison, BComm 01
Source: University Advancement 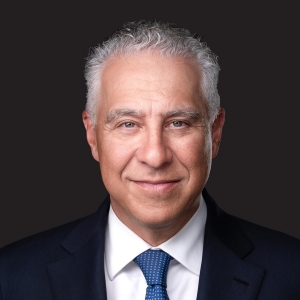 The most effective piece of advice Jeffrey Kobernick, BComm 80, ever got on his way to a successful career on Wall Street wasn’t exactly the most encouraging.

“‘You’re never going to succeed at this business,’” he recalls being told during a job interview roughly three decades ago. “‘You’re the best you can ever be, right where you are. I think you’re wasting your time trying to do more than that.’”

Now the managing partner and co-founder of NewEdge Wealth, a registered investment advisor (RIA) with more than $4 billion USD of assets under advisement, Kobernick admits that the strong words from a senior executive shook him up.

But, he adds, “it was extraordinarily motivating and I ended up getting a job at Morgan Stanley, where I became the second-largest producing financial advisor in the United States.”

After subsequent stints as a managing director at Lehman Brothers and UBS, Kobernick is now doing something he’s never done before: building a business from the ground up — and during a global pandemic, no less.

The Concordia graduate, who volunteers his time as a mentor to students enrolled in the Kenneth Woods Portfolio Management Program, recently sat down to talk about his life on Wall Street.

Did you aspire to attend business school when you were at Town of Mount Royal High School in Montreal?

Jeffrey Kobernick: Well, my dad always told me that if you have an accounting or tax degree, you’ll always have a job. But I always had a sense of wanting to create something. I enjoyed keeping busy.

When I was in high school I worked for my dad’s electrical contracting firm. I did everything from sweeping in the warehouse to estimating new jobs. I worked at Pascal’s hardware — I did everything there. I started a business selling necklaces door to door. I was in a band. There was always something in my life that I was trying to build.

What do you remember most about the Faculty of Commerce and Administration in the late 1970s?

JK: I was in the Hall Building and at that time, we considered it pretty close to cutting edge. But back then, I think we suffered from a bit of an inferiority complex. Now with the John Molson School of Business, there’s no doubt that we’re at a different level. We’re not second fiddle to anyone in my mind.

I’ve spent a fair amount of time at the school, through my involvement with the Woods program. I used to come up more regularly, pre-COVID, to talk about my experiences on Wall Street. And the students have come down to New York to spend time at UBS, where I worked before starting NewEdge, and to see the floor of the exchange and even a CNBC taping. These visits have gone very well. I think I get as much out of them as the students.

Your career on Wall Street started at Chemical Bank around Black Monday, 1987, correct?

JK: Yes, it did and it was trial by fire. One of the first things I had to do was make margin calls. There’s nothing more challenging than calling up a stranger and saying, ‘Hi, you don’t know me but please send money.’ That’s a tough call to make. I’d been there a week or two and felt like the soldier they send out to the other side of the battlefield to see how many people are shooting.

You only appreciate certain experiences after the fact. That was one of them.

The tech bubble, 9/11, the Great Recession — your career has spanned several significant global events. What lessons did they impart?

JK: You have to recognize that black swan events are inevitable. They’ll keep coming and they’re unpredictable. All you can control is your response.

I kid around sometimes and say that for my next career I’ll work for the NYPD talking people off ledges. Because that’s what you do. I try to bring a calmness, a sense that we’ve seen terrible events before, the world is not coming to an end and that we can navigate a way through it.

You have to remain calm. Maybe sometimes I go home and scream in the backyard or bang on my drums to let loose, but that’s the goal. The plane’s going through turbulence — you’re an experienced pilot who knows how to land it.

Why did it make sense to pull out of UBS and start NewEdge when you did?

For me it was about legacy and succession. It was about finding an opportunity to create something of our own. The real drama was, do you do this during a pandemic or not?

A year on, how would you assess the decision?

JK: Well, COVID allowed us to be much more efficient with our time. We have clients who are all over the world. And normally, if you said to a client, I’m leaving UBS and going to NewEdge Wealth, they would say, what the heck is that? You’d have to go and explain the vision in person. Zoom, Microsoft Teams and other platforms just made us more efficient in terms of getting that done.

We’re now at $4 billion of assets under advisement. We probably have around 100 clients and a team of 15 or 16 people. So we’re not trying to be all things to all people. We’re just trying to add five new clients annually. That’s it. We’re pretty proud of how far we’ve come in such a relatively short amount of time.

What advice do you have for finance students who want to work on Wall Street?

JK: Do it because you enjoy it. If not, the work and commitment required will just become too onerous and boring. Especially when challenges come up.

Another thing. Be open. Be open to new relationships and new experiences. Learn to embrace what may seem like obstacles at first — you never know what path they’ll lead you down.

One challenge students have, I think, is that they feel compelled to make the right decision all the time. But you have to accept that you are going to make mistakes. How you manage them and what you do after is what matters most.

A final question: How did you adjust to the pace of life in New York?

JK: It certainly has a different vibe from Montreal. I don’t know if I should say this or not, but you know the line from the song, 'If you can make it there, you can make it anywhere'? I truly believe that.

I was always into music as a kid. And I would get a record album and it would say something like CBS, 49 East 52nd Street. Or Rockefeller Center. And I would dream of that place. It just sounded like the centre of everything.

When I got to New York, I saw that this was all true. But it took a while to adjust. You either get hooked or you can’t stand it and get out. It’s one or the other.

I miss Montreal. I miss my family. I miss my community. I miss the quality of life. But there’s something about New York that’s intoxicating. I’ve basically been on Wall Street in one shape or form for over 30 years now. And it’s been, wow, what a ride. What a ride. I wouldn’t trade it for anything in the world.

A first in Quebec, the program admits a select group of students on an annual basis who, with supervision from finance professors and mentorship from industry professionals, manage an investment portfolio now worth over $3.8 million.