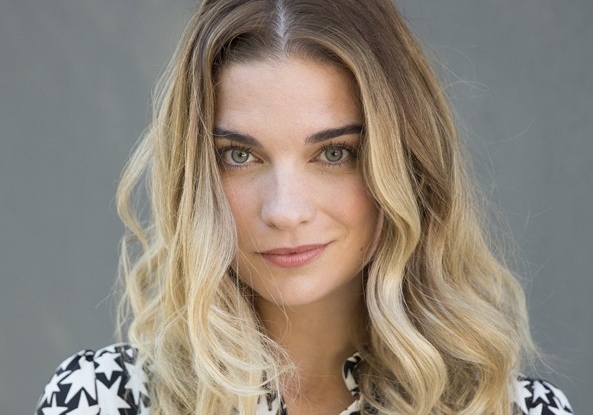 “I want to be as many different people in my life as possible, which is why I wanted to go into acting in the first place,” says the Schitt's Creek star.

Annie Murphy, BFA 10, captured hearts en route to a 2020 Emmy award for her role on the critically acclaimed Schitt’s Creek.

From 2015 to 2020, the Department of Theatre alumna more than held her own on the wildly popular CBC comedy next to veteran castmates Eugene Levy and Catherine O’Hara. Murphy’s nuanced — and hilarious — performance as socialite Alexis Rose inspired countless memes and propelled her career to new heights.

The Ottawa native recently starred in the AMC dark comedy Kevin Can F**k Himself and will soon appear in the highly anticipated second season of the Netflix hit Russian Doll.

Concordia will welcome Murphy back on September 17 as part of Homecoming 2021 for a candid discussion about her impressive career. The free virtual event will be hosted by Jennifer Hollett, BA 97, executive director of The Walrus magazine.

What was it like to be cast in a network comedy with Eugene Levy and Catherine O’Hara about five years after you graduated from Concordia? 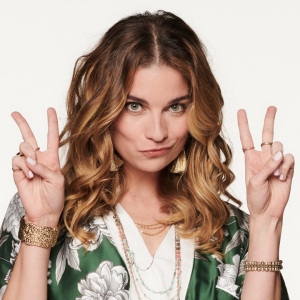 Annie Murphy: Ha! While I’m incredibly lucky, the truth is something else. When Dan Levy offered me the role of Alexis, I was in Los Angeles and was down to my last few dollars. I’d just blown a film audition — really blown it. On top of that, my home in Toronto had burned down. I was ready to quit. Then I got the call from Dan.

Some young actors skip formal training entirely. Why did you decide to go to Concordia?

AM: I wanted a degree and the National Theatre School doesn’t give you that diploma. Concordia has a hands-on program with small classes. It broke me out of a lazy cycle of procrastination. I had to work hard — but we also had fun. Those were formative years. I was figuring myself out, surrounded by creative people — I especially remember my folio class with the late Joel Miller. And I made great friends, like Antoine Yared, BFA 11, who has an incredible career acting at Stratford and doing television.

Montreal is a great city because you can be broke and still have a good quality of life. I spent most my time on Loyola Campus, sitting on the grass and hanging out in cafés, while I lived in Westmount and Mile End. Montreal has a great community of actors and creative talent.

What productions did you act in at Concordia?

AM: I did a fantastic play called Provincial Anedcotes [at the D.B. Clarke Theatre]. It’s a Fawlty Towers-type play and it was my first foray into physical comedy. I still remember hearing the audience cackling.

You also performed in a drama at Mainline Theatre directed by fellow alum Mike Payette, who just became artistic director of Tarragon Theatre in Toronto.

AM: Wow, of course he did! Mike is such an incredible talent. I’ll be knocking on his door, that’s for sure!

What do you think it is about Alexis Rose that makes her so lovable?

AM: At her core, she’s a kind person. Yes, she’s selfish, self-absorbed, and deeply flawed, as is my character Allison on Kevin Can F**k Himself. Allison makes terrible decisions! This is not a squeaky-clean, picture-perfect character. And that’s what excites me. Everyone messes up, and sometimes we learn from it and sometimes we don’t. I was so happy to see a completely different kind of strong, flawed female character.

Alexis, in her own way, makes being flawed okay. She had never experienced true love or friendship until that point. She never had to grow up until that point in her life. Same with David, played by Dan Levy.

The show has been embraced by the LGBTQ community and the cast received scores of appreciative letters from viewers. Why did Schitt’s Creek resonate so strongly?

AM: Because it’s a show — a rare show — that depicts a gay relationship that’s just a relationship. No big deal is made about it. It’s normalized. It’s about their personalities, not focused entirely on their sexual preference as the main topic. The writers did that on purpose. It’s more interesting to tell a story about what happens after ‘boy meets boy.’

You could have easily played another Alexis-like character after Schitt’s Creek but went a different route with Kevin Can F**k Himself. Why not play it safe?

AM: Risks are important. I want to be as many different people in my life as possible, which is why I wanted to go into acting in the first place. After Alexis, I knew I had to do something different. Allison is very angry, frustrated, poor and unfashionable — the opposite of Alexis — but she’s hopeful. That spark of hope caught my interest.

What else drew you to Kevin Can F**k Himself?

AM: The filming style is really edgy. Viewers move between two worlds. In one world, it’s a traditional sitcom with a laugh track where Allison is the butt of every joke. Then it switches to a single camera, gritty, more dramatic world where Allison plots her revenge. It’s so fresh and complicated.

What would you tell young actors today?

AM: You never know what will pop up or what’s around the corner. Stick with it and put in the hard work — that’s the price of admission.

What have you learned about handling success?

Why is your connection to Concordia important to you?

AM: This is where I grew a lot and learned a lot. Concordia set me on my path.