‘I loved Concordia from day one’ 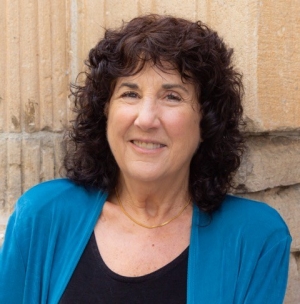 Coming of age in 1960s Chicago had a profoundly radicalizing effect on Marla Lowenthal, MA 88.

The experience influenced her subsequent academic and career choices, and helped inform her charitable interests — including her planned gift to the Media Studies program and the Campaign for Concordia.

“I was raised with the notion that you had a responsibility to give back to the community,” says Lowenthal, a retired professor of mass communication at Menlo College, in Atherton, California, who now works as a communications coach and consultant and part-time teacher at San Francisco State University.

“Chicago was a charged city to grow up in, with tremendous political and social upheaval. The 1968 riots against the Vietnam War, the assassination of Martin Luther King, Jr., the Chicago Seven trial, the murder of Black Panther leader Fred Hampton — all of that elevated my social awareness and desire to fight for human rights.”

Chicago was also a culturally vibrant place for a child. There was the symphony and ballet, the Art Institute and Field Museum. Lowenthal fell in love with theatre, blues music and, above all, literature.

‘I wanted to learn more about people and how they think’

“I wanted to learn more about people and how they live, feel and think. I still believe literature is the greatest way to understand the human experience. It’s still my first love.”

After teaching American military personnel in Europe and the Middle East for the University of Maryland, Lowenthal moved to Montreal in the mid-1980s to be with Raymond Charron, MA 87, PhD 93, an adjunct professor at Concordia, where she enrolled.

“I loved Concordia from day one,” says Lowenthal. “The university’s emphasis on humanism resonated strongly. The courses opened up major avenues of consciousness I hadn’t known before. And I loved the people.”

While earning her MA in media studies, she made lifelong friends. She also connected with faculty members like her thesis advisors, Donat Taddeo, BA 67, William Gillsdorf, and novelist John Buell, BA 50.

“I remember my first Buell lecture vividly. I sat in the back of the class and literally yelled, ‘Hallelujah!’, as if I were in church. He was a genius, an actual genius. He turned me on to Marshall McLuhan and a new way of thinking.”

Lowenthal was granted a scholarship as an international student and threw herself into student life at Concordia. She was a member of the university’s Committee on the Status of Women — a body whose vital work in the 1980s paved the way for women students and faculty today — and represented the Graduate Students’ Association on Concordia’s Curriculum Committee.

She also wrote for Concordia’s Thursday Report and put together a compendium of faculty work for the 20th anniversary of the Department of Communication Studies.

From Cannes to California

Lowenthal’s time at Concordia included some extraordinary experiences, too. Perhaps the most memorable involved the late Marc Gervais, BA 50.

“He was a brilliant film scholar whose movie nights drew hundreds. One day he announced that he would be at the Cannes Film Festival and that anyone who was able to get there could meet him and he would show them around. So I went — and he did! It was remarkable.”

Lowenthal moved to California after Concordia. While chair of the Mass Communication program at Menlo College, she enrolled at another institution with Jesuit roots, the University of San Francisco. She received a doctorate in international multicultural education in 1997.

Lowenthal describes her career as being devoted to making people aware of human rights and helping people achieve their goals, whether through her work as a communications coach or as a professor.

Lowenthal’s planned gift was made in honour of her time at Concordia and the people she met there.

“I had a wonderful experience in Montreal at Concordia,” she says. “I’m still close with a lot of my teachers. The university changed my perspectives and my life for the better. I’m happy to give back just a little of what I got.”