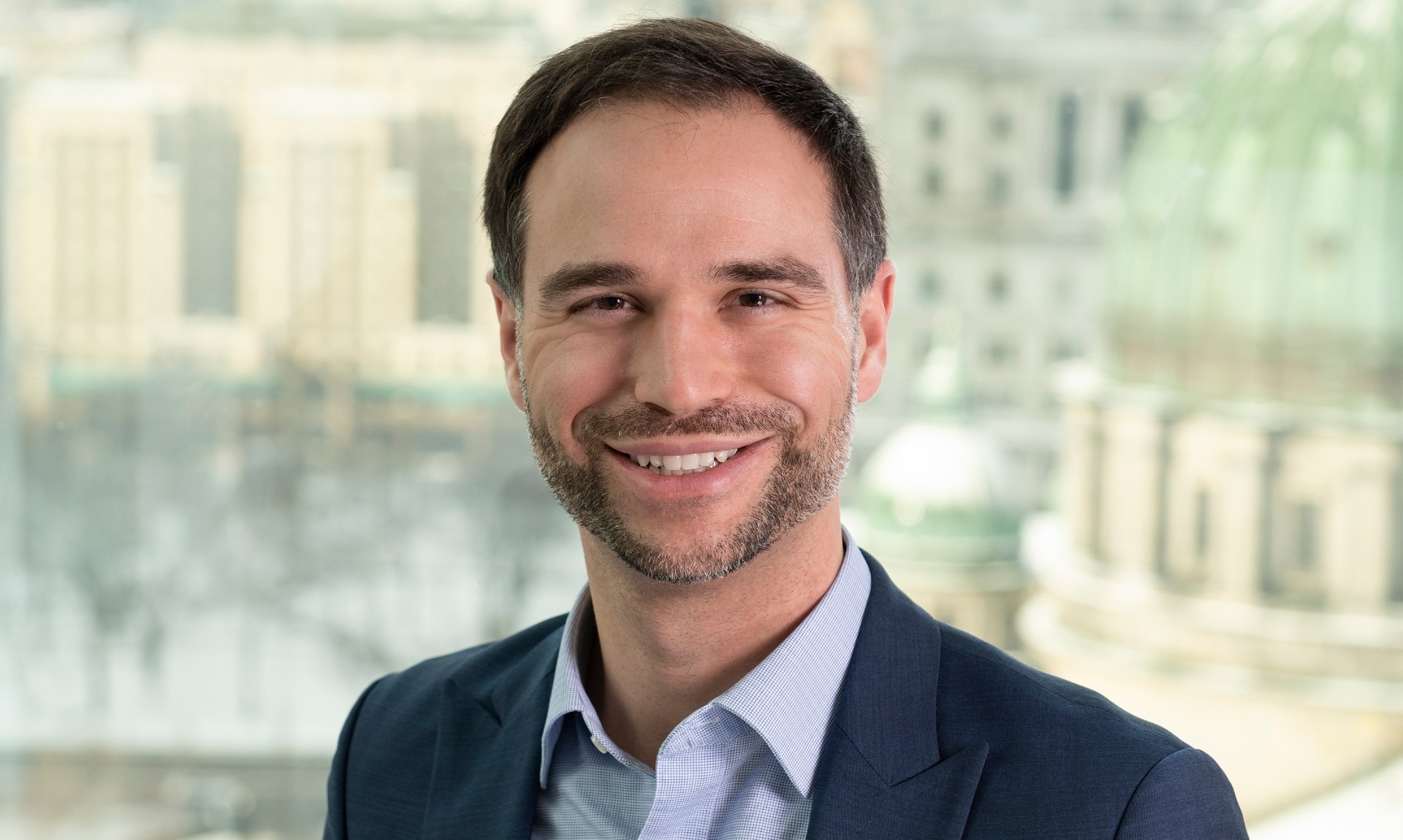 As a district vice-president at Fidelity Investments since 2011, Louis Groleau, MBA 09, oversees a territory for the financial services giant that covers some of Montreal and much of Quebec City and eastern Quebec.

When businessman Ned Goodman, LLD 97, outlined his plan for a new MBA program at Concordia in 1999, his dual objective was to give motivated students the opportunity to secure a graduate degree in investment management and qualify to become Chartered Financial Analysts (CFA) — a boon for careers in finance.

There was no precedent for such a program at the time. As a result, Goodman’s subsequent $1.95-million gift changed the face of the newly minted John Molson School of Business and bolstered the professional fortunes of graduates like Louis Groleau, MBA 09.

“Obviously, you need to have a lot of discipline and a good work ethic to pass your CFA levels,” says the Quebec City-based vice-president at Fidelity Investments. “The Goodman Institute provides you with a support structure. It was a constant process where we were totally immersed in the material.

“As charterholders themselves, the professors were able to help us with time management and how to best prepare for the CFA exam questions. Ultimately, they ensured we had the tools to succeed.”

‘The beauty of the program was the practicality’

“The most recent number that I can give is from June 2019,” says Goodman Institute director Rahul Ravi, associate professor and Department of Finance chair. “Our pass rate for the first level was 96 per cent. The global average was less than half that.”

For Groleau, the opportunity to both study for the CFA and work while enrolled as a graduate student made the MBA program attractive.

After an internship as a buy-side equity analyst at Ned Goodman’s DundeeWealth Inc. in 2007, Groleau was hired at Fidelity as a sales representative. The rigours of the program and the pace of those first employment experiences helped him “get up to speed quickly.”

“Especially for someone like me, from Quebec City, where there are some finance jobs but mostly government related or with insurance firms. As a finance undergrad at Université Laval I had a limited sense of what was out there, in terms of jobs. We kind of knew but from books and not through contacts and a professional network. So the beauty of the Goodman Institute was the practicality and the relationships with employers, which was key. We also appreciated the professors who had real-world experience and were strong lecturers.”

As a district vice-president at Fidelity since 2011, Groleau oversees a territory for the financial services giant that covers some of Montreal and much of Quebec City and eastern Quebec. The job requires good interpersonal skills, an aspect he says he enjoys, even if from a distance post-COVID-19.

“My career began at about the same time as the global financial crisis of 2007 and 2008,” says Groleau. “That was more frightening from a personal standpoint. In terms of the pandemic, we were prepared to work from home. And in fact, our assets have grown and we’ve managed to close more business than ever. It just shows that when you have a stable base you can weather the storm. I feel fortunate to be with such a great company, especially now.”

While Groleau admits that he was a latecomer to finance — his interest in the markets was sparked after high school — it seems that he was primed to excel in the business world well before he was a Goodman MBA candidate at the John Molson School.

Groleau’s parents worked in the health-care sector; his father as a pharmacist and his mother as a nurse who put her career on hold for a decade to care for the couple’s four children.

“Strangely enough, two of us grew up to work in finance, one works in marketing and the other works in sales,” says Groleau. “So we’re all engaged with different facets of the business world, which was not planned at all. But when you think about it, my dad did own his pharmacy and always discussed the business side of it with me. I think that must be where my curiosity about numbers came from.”

Groleau also has a strong interest in history, which he cites as a plus in his industry.

“I like how history can be used as a tool to explain how the past influences present events. And that translates to financial markets. How have they evolved and why do they work the way they do? The impact of incentives — that’s a topic that fascinates me.”