The Typescript covers the intersection of culture and politics
|
By Samia Aladas, BFA 96
Source: University Advancement

Writers, historians and Concordia graduates Matthew Friedman, BA 91, MA 04, and Matthew Barlow, PhD 09, have launched The Typescript, an online journal committed to social justice and the “politics of radical inclusion.”

The duo was motivated by what they see as a critical political moment, both in the United States and around the world. From the threat of climate change to resurgent white nationalism, “we are facing incredible challenges to our basic humanity,” says Friedman.

“We live in some seriously scary and dark times,” Barlow adds. “Part of the way out of this is to recognize the inherent politics in our actions, our choices and our words. It’s only in this way, I think, that we can arm ourselves to figure out what to do and how to change our world for the better.”

From segregation to cultural appropriation 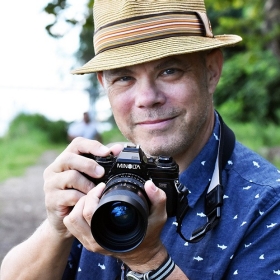 The Typescript’s news stories, features, commentaries and essays touch upon topics such as racial segregation in American preschools, the epidemic of mass shootings in the United States, and Quebec’s Bill 21, which prohibits public servants, including police officers and teachers, from wearing visible religious symbols.

Another goal for the online magazine is to provide a platform for diverse writers. “There’s only so many arguments that middle-aged white men can make,” notes Barlow.

One such contributor, Greg Horn, BA 01, from Kahnawake, Quebec, writes from an Indigenous perspective. A commentary by Horn, This Halloween – and Always – Culture is Not a Costume, addessed the problem of cultural appropriation.

‘At grad school you forge bonds’ 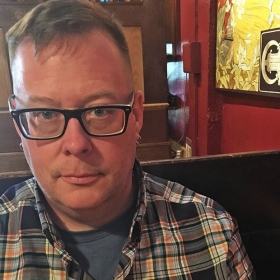 Friedman and Barlow developed a camaraderie at Concordia as they navigated the trials of graduate-student life. “At grad school you forge these bonds, like a platoon in a Second World War movie,” says Friedman.

He learned about journalism while at the student newspaper The Link, and at CRSG, the student-run radio station at the time (now CJLO). His political instincts were formed by the activism he encountered at Concordia.

Friedman later served as a Department of Journalism lecturer from 1997 to 2003. This set him on a path to enrol and complete his PhD in American History at Rutgers University in New Jersey.

Friedman has since developed a strong appreciation for the scholars at Concordia who taught him to consider how history can contextualize the present: “What I didn’t learn from my parents, I learned from Concordia,” he says.

Barlow refined his critical outlook thanks to guidance from professors Ronald Rudin, Graham Carr and Rosemarie Schade. “I got this real grounded education at Concordia in the History department,” he recalls.

As a music lover, he likes to write about artists and appreciates the struggles of creatives. “It’s hard to be a musician. I like people to know that it’s not easy to produce art,” Barlow says.

So what advice would Friedman and Barlow offer future historians and journalists?

“Keep your eyes open and listen to what’s going on. But also enjoy what you’re doing and have fun,” says Barlow.

Perhaps the famous words of St. Ignatius of Loyola say it best, adds Friedman: “‘Go forth and set the world on fire’ – that should be the motto of everyone who comes through Concordia.”