Work continues on Hall 4, as Concordia plans for a new terrace 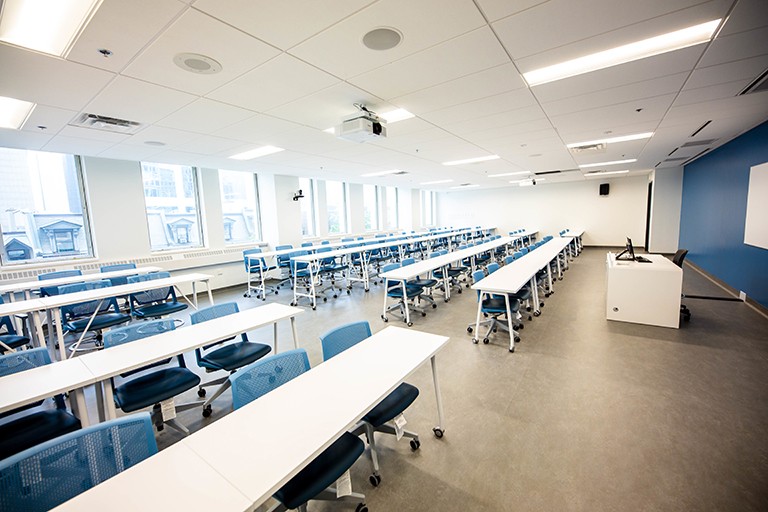 Students are returning to new classrooms in the Henry F. Hall Building (H). Although work continues on completing the Hall’s fourth-floor facelift, eight classrooms will be used by various departments starting this month.

Renovations on Hall 4 progressed well but encountered some setbacks in scheduling. In addition to COVID-19-related issues, the project incurred labour shortages and supply-chain delays typical of many Quebec construction sites.

As a result, some important Hall 4 facilities, including lockers and washrooms, will be delivered gradually. Until the new, inclusive washrooms are ready in the coming weeks, community members are advised to use those one floor up on Hall 5.

“We recognize that this is an inconvenience and wish we could deliver the whole, beautiful new space in one step,” says Marie-Claude Lavoie, associate vice-president of Facilities Management.

“Our planners and project managers take great pride in their work and are doing everything within their power to complete the project.”

Getting out and about at the Hall

There won’t be much downtime for work on Concordia’s emblematic building. Planning will start soon for other unrenovated floors, and a new project is in the consultation phase with students and institutional partners. It began as a building requirement for a new exit stairwell, then expanded into a rethinking of one of the vital outdoor spaces on the Sir George William Campus.

“We are working on a new Hall terrace, a key space for student life,” Lavoie reports. “For years community members have been asking that it be modernized and adapted to improve the hosting of events but also to better reflect Concordia values, including accessibility and inclusion.”

Although architectural and engineering work on the terrace is still in the preliminary planning stage, consultations are underway. Facilities Management began hosting meetings this spring, including some organized through the Dean of Students Office, which administers the terrace for events.

“Some of those meetings focus on the needs of groups most directly affected,” says Lavoie. “In others, we’ve been asking a wider group of student leaders to dream with us about the ideal terrace.” 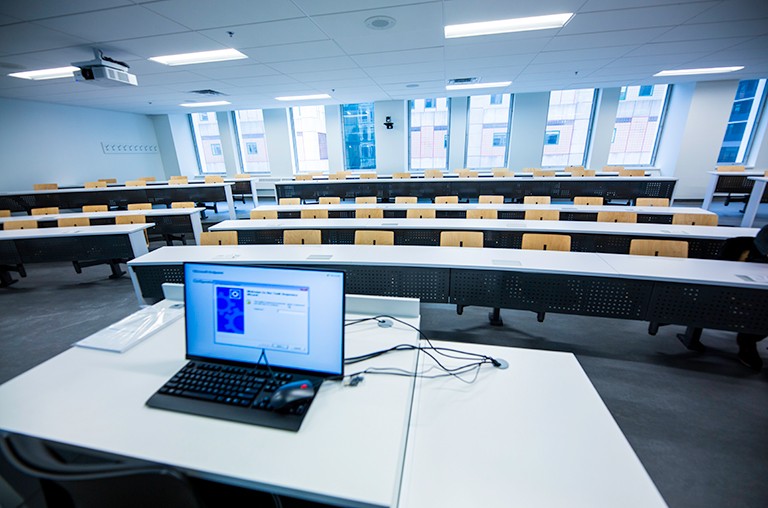 Both types of consultations are continuing into the fall as planning for the new exit stairwell also advances. That part of the project stems from a pragmatic requirement related to the creation of new classrooms and Hall’s increasing population.

“The building code has evolved since the construction of the Hall Building in 1966. With more people using the space, we have an obligation to increase evacuation routes in the event of an emergency,” Lavoie explains.

Because constructing a new exit stairwell is a major undertaking, Facilities Management looked for other solutions to meet the building code before moving ahead with that planning. It considered reworking the existing stairwells but found that they wouldn’t provide enough additional exit capacity.

Using Hall for more office spaces would have been a solution to lower population density but would have gone against the goal of creating more learning spaces. Finally, limiting capacity through the scheduling was also ruled out because it neither fits with the times nor the university’s goal of increasing access.

“Anyone involved in booking spaces for courses or events at the university knows it can be a challenge,” says Lavoie. “They need simplified access with fewer constraints.”

Work on the stairwell and terrace will not start until fall 2023 because of continuing consultations, planning and the contract attribution process. Beginning in the fall would also help lessen the effect on fall orientation events.

“We will do everything we can to reduce negative impacts but, like any construction site, there will be noise and temporary service interruptions,” Lavoie says.

Facilities Management has also been working on solutions for cases where student spaces or operations will be affected during the work, including those used by The Link, Reggie’s and the Hive Café.

“We recognize that they are among those that will be most inconvenienced and are truly sorry,” Lavoie says. “We will do everything we can to reduce negatives during moves or periods of greatest disruption.”

Facilities Management will be seeking more input on design of the new terrace. In addition to client groups and other direct stakeholders, it will be soliciting ideas from the community at large.

Those interested in taking part can email the Facilities Service Desk with “new Hall stairwell” in the subject line.