The university librarian is leaving Concordia after 13 years of service
| 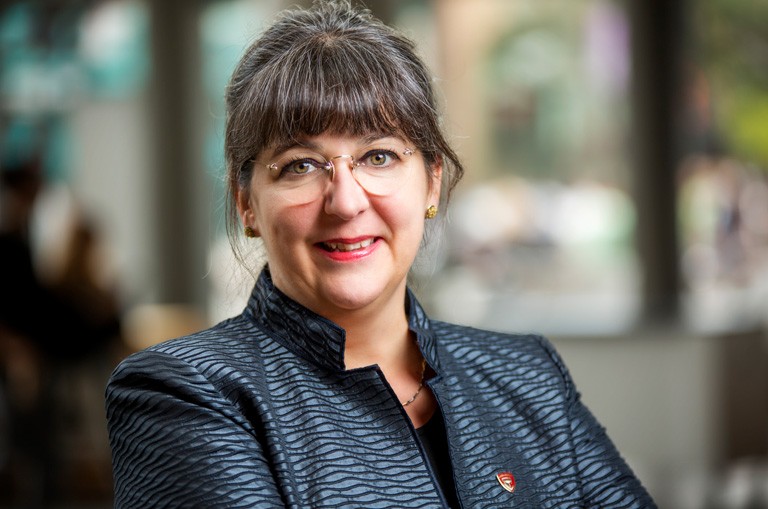 Guylaine Beaudry, university librarian, will be leaving Concordia at the end of this summer to take up a new role as dean of libraries at McGill University in September 2022.

First appointed to the position of university librarian by Concordia’s Board of Governors on May 1, 2014, Beaudry began her second five-year term on July 1, 2019. From 2017 to 2021 she was also vice-provost of digital strategy.

Beaudry joined the university in October 2009 as director of the Webster Library and she served as interim university librarian from July 2013 to April 2014.

Previously, she was director of the Digital Publishing Centre at the Université de Montréal and executive director of Érudit, a publishing platform for scholarly books and journals in the social sciences and humanities.

“Guylaine has shown exceptional leadership during her time at Concordia, leading a dedicated team of librarians and staff who take pride in innovation and working with students towards their academic success,” says Provost and Vice-President, Academic, Anne Whitelaw.

Beaudry led the transformation of the Webster Library and Grey Nuns Reading Room, launched the Concordia University Press, and spearheaded Concordia’s Digital Strategy from its launch in 2017 to its operationalization in 2021.

A search for the next university librarian will begin shortly.

“I would like to thank Pat Riva who has agreed to serve as interim university librarian following Guylaine's departure,” says Whitelaw.

“Please join me in congratulating Guylaine on her appointment, and in thanking her for her valuable contribution to Concordia over the past 13 years.”