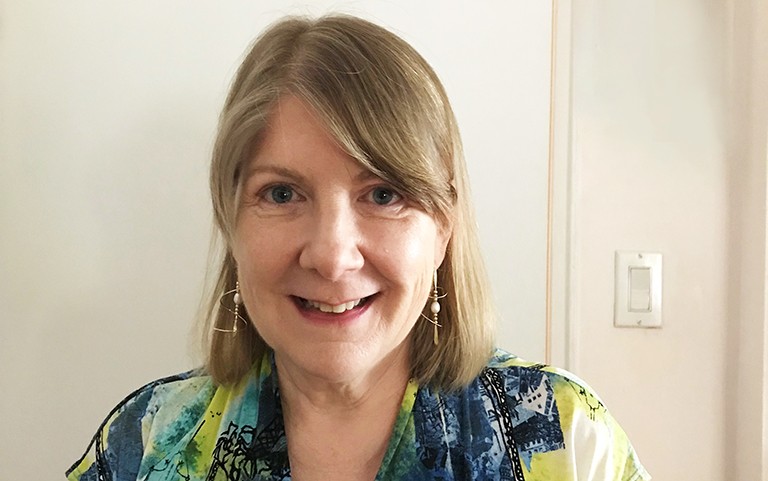 Danielle Tessier: “I remember having to look up what a provost was and what a university senate was.”

After more than two decades of ably administering Concordia’s Board of Governors and Senate, Danielle Tessier (attendee 88), associate secretary-general, will be retiring as of June 29.

“It’s been a true joy to work with Danielle for the last several years,” Concordia President Graham Carr says. “I think all of us in senior admin always felt so well supported by her, leaned on her for advice, knew we’d get the straight goods. Plus, we could laugh about things which made even the challenging moments more manageable somehow.”

“It has been a privilege to work with Danielle,” echoes Frederica Jacobs, Concordia’s secretary-general and general counsel, who has directed Tessier since 2015.

“When I stepped into the role of secretary-general, my very astute predecessor advised me to simply stand alongside her and that she would continue to carry out her work independently, conscientiously and with unparalleled organization. These were wise words, and our associate secretary-general continued to dazzle all of us with her governance prowess, uncanny organization and unwavering devotion to Concordia. She always adhered to a strong moral code, usually with some humour and amusing conversations to keep things interesting.”

Jacobs adds that while Tessier leaves the Board and Senate “in most capable hands, there is no doubt that she will be sorely missed by her many friends and colleagues at Concordia.” 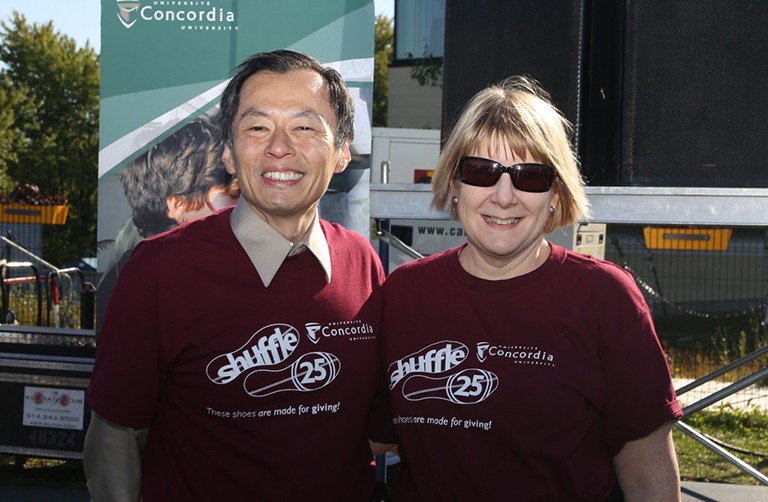 Jang-Hwan Kwon and Danielle Tessier at Concordia’s Shuffle 25 in 2014, when Tessier won Shuffler of the Year

Tessier spent 13 years in corporate governance for publicly traded holding companies before joining Concordia in September 2000 as secretary of the Board of Governors and Senate.

She recounts that Hélène Cossette (BAdmin 88), who worked in the president’s office at the time, suggested that Tessier apply for the Concordia position. “I remember having to look up what a provost was and what a university senate was,” Tessier admits.

But she soon made the role her own. “I work with the Board, most of its standing committees, Senate and its steering committee, ad hoc committees, organizing, getting the agendas together, doing internal governance review, bylaw and policy review, minutes, documentation and more — it’s a big exercise,” she explains.

“When you do things for a long time, people come to trust you. So more and more, I’ve also served as an advisor.”

Additionally, Tessier supervised Shelina Houssenaly, who began as officer of policies and governance in 2018. Houssenaly will step in as the new associate secretary-general.

During the COVID-19 pandemic, Tessier quickly adjusted to the necessity of virtual meetings. “It took a couple of meetings to get the technology down — one of the first meetings I almost broke out in hives — but now I’m very comfortable on Zoom,” she says.

“The most difficult part is that I haven’t seen my colleagues in person since March 2020, including Evelyne,” Tessier adds, referring to Board and Senate assistant Evelyne Loo.

During her Concordia years, Tessier was an avid volunteer and fundraiser for the Concordia Shuffle, the university’s 6.5-kilometre walkathon from the Sir George Williams Campus to the Loyola Campus, and she also strongly supported the Student Emergency and Food Fund. “This is something dear to my heart,” she says.

“I don’t have grand plans,” Tessier says. “Governance is fulfilling but relentless — during the pandemic, I decided I’m done. I want to have the freedom I don’t now have. I don’t plan to work part-time but I want to do some volunteering.”

Tessier feels fortunate for her time at the university. “I really enjoyed my career. I was lucky because I’ve had great relationships with senior administrators, governors, students, faculty and staff, and I’ve met some amazing people,” she says.

“And Concordia is a fantastic place to work and very enriching. I worked hard but I worked at a great place.”