Ailie Cleghorn recounts the life of Marjorie Marnoch, who in 1940 travelled from Scotland to South Africa with 10 children in her care
|
By Narmeen Imam 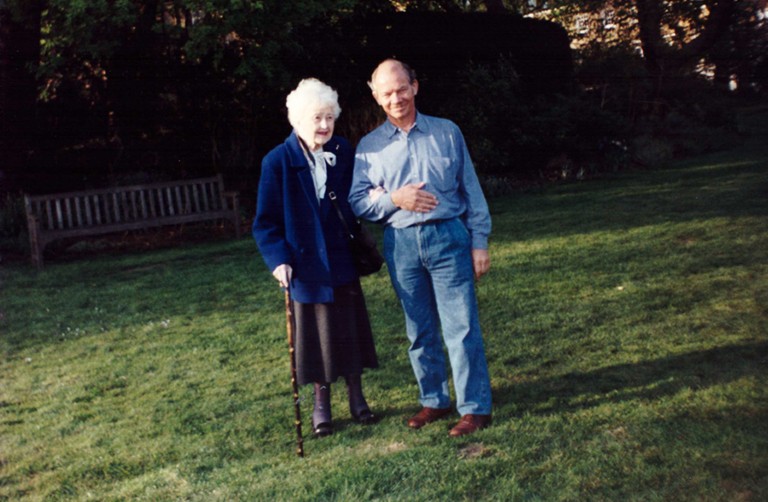 Marjorie Marnoch with Sandy, who was one of the 10 children in her care on the journey.

Earlier this month, the world celebrated International Women’s Day. It was an occasion to share inspirational stories about women across the globe.

Ailie Cleghorn (MA 76), Concordia professor emerita of education, conveys one such account in her new biography, Marjorie’s Journey: On a Mission of Her Own, published by Scotland Street Press and released February 25.

Set at the beginning of the Second World War, Marjorie’s Journey tells the exceptional life story of Marjorie Marnoch, a young Scottish woman who took 10 children under her care. Together they travelled by ship through the Atlantic waters, from Glasgow to Cape Town, South Africa, where Marjorie set up a home.

Inspired by a family connection

“Marjorie was a close cousin of my mother,” Cleghorn explains. “They grew up in the same home in Aberdeen, Scotland, after Marjorie’s own mother had died. Her father left her there to live with my mother, aunt and grandparents.”

Cleghorn didn’t get to know Marjorie very well until she was about 20 years old.

“Even while I was growing up, I didn’t learn much about her until I came upon a 28-page letter that Marjorie had written reflecting her journey.”

This letter — which would later be the source of inspiration for Cleghorn’s book — was written for all of Marjorie’s children. But it was specifically addressed to Sandy, one of the children on the journey who at that time was a young baby.

“Though I had already read Marjorie’s letter, meeting her raised a lot of questions and a few mysteries,” Cleghorn notes.

“I wondered how she had become such a loving and confident person despite all the difficulties she encountered in her early life.”

Intrigued by her story, Cleghorn decided to dedicate a book to Marjorie’s children. The volume illustrates more than just one life, however.

“There was also a lot of good that happened during that time. These children, who had been sent away from danger, were able to create new joyful memories being brought up together in the country of South Africa, which accepted them beautifully,” she says.

“It was a dangerous mission and she had a lot of courage to take these children who had been left in her care by parents who were out working in the colonies. Marjorie had established an in-home preschool in the south of England by that time and these were the children living with her.” 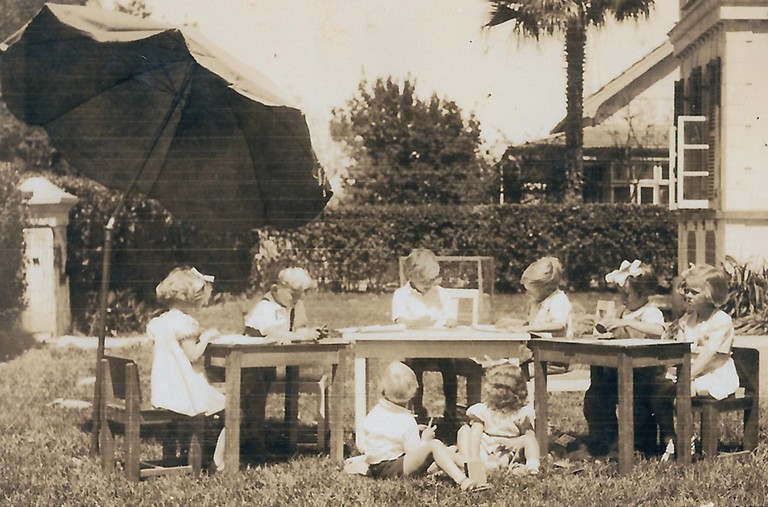 The pre-school that Marjorie organized for the children who were too young to attend the local public school.

Cleghorn relates that she experienced several memorable episodes and discoveries throughout her writing process and research, which took her to Scotland, England and South Africa.

She spent much time in England digging through the national archives in hopes of learning more about Marjorie and her children. Today, she remains in touch with five of them.

While a few of the children have passed away and others are now in their late 70s and 80s, there was one who Cleghorn was determined to track down.

“The only information I had was her maiden name and the fact that she had married and moved to Edmonton, where she had five children,” she explains.

“At first I couldn’t find her, but then I contacted the archives in Alberta and eventually her name popped up in the database through the name of her deceased husband.” They made contact less than a year ago.

For Cleghorn, Marjorie’s Journey is about one woman’s courage, but it goes beyond a specific time or place, reflecting hundreds of others who went through similar journeys.

“Marjorie was not a famous woman,” she says. “But I think her story deserves to be told.”

Find out more about the Concordia Department of Education.