Concordia researchers shine the spotlight on the role of glia in depression and anxiety disorders
|
By J. Latimer 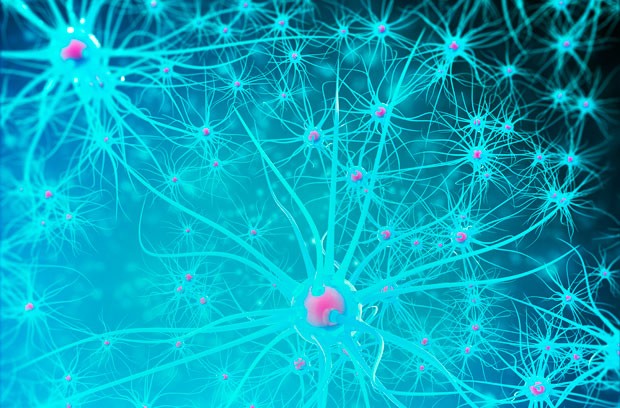 Neurons may have to share centre stage in the field of neuroscience.

There is a promising new area of research and it could lead to novel therapeutic targets for the treatment of psychiatric diseases.

“It was thought that neurons were doing the important stuff and glia were a passive cement or glue in the brain. However, indications that glia are involved in psychiatric diseases have opened up new research avenues that may lead to different treatments, diagnostics and monitoring methods for mental illnesses.”

Gathering findings and focusing on glia

Sild conducted a review of the current literature, highlighting the role of the central nervous system (CNS) glia in major depressive disorder (MDD) and anxiety disorders. Her findings were published in December in Neuroscience and Biobehavioral Reviews, co-authored with her postdoctoral advisor Linda Booij, associate professor in the Centre for Clinical Research in Health, and with her PhD advisor Ed Ruthazer at McGill University.

Over six months, Sild combed through 1,237 studies related to glia.

In addition to conducting a thorough review regarding glia in MDD and anxiety disorders, Sild looked at previously underexplored topics such as glial response to non-pharmacological therapies, how early life trauma and lifestyle factors influence glia and the means of monitoring glia in living humans.

“Our article concludes that a multitude of studies support the notion that MDD, anxiety disorders and chronic stress (used to induce MDD-like state in animal models) generally decrease the number and/or neuro-supportive functions of certain glia such as astrocytes, NG2 glia and oligodendrocytes in the brain,” says Sild.

Interestingly, she adds, pharmacological treatments (e.g., antidepressants) and certain lifestyle factors like exercise and stimulating environments tend to increase the number of astrocytes and NG2 glia or their neurosupportive functions, while generally decreasing pro-inflammatory activity by microglia.

Pre-natal or early-life adversity, the article notes, takes a toll on glia, causing glial loss and increase in pro-inflammatory state. That may contribute to the fact that early life stress is a serious risk factor for later-life psychiatric conditions.

Glia, seen here in red in the brain of a tadpole, are believed to be closely linked to mental illness, and may be a promising target for treatment research. | Image courtesy of Tony Lim and Edward Ruthazer

However, because antidepressants don’t work for everyone and their side effects can be a disincentive, Sild points to the promise of alternative therapies:

“Non-pharmacological approaches — like exercise, environmental enrichment or electroconvulsive therapy — appear to have an effect on glia. For example, voluntary exercise made astrocytes in mouse brains grow more ‘branches’ and become a thicker tree, if you will,” says Sild. “More branches enable better interaction and support for neurons.”

As psychological therapies can alter brain structure and function, it is likely that glia are also implicated there. That remains to be explored in future research.

Hope for the future

Sild notes that one in six people will struggle with depression in their lifetime, yet the mechanisms of how the majority of psychiatric diseases develop are not well understood.

“It may be that glia could constitute a novel therapeutic target in psychiatric diseases such as depression. After all, glia — especially astrocytes — are the metabolic powerhouses in the brain and have numerous other important functions that are only starting to be understood.”