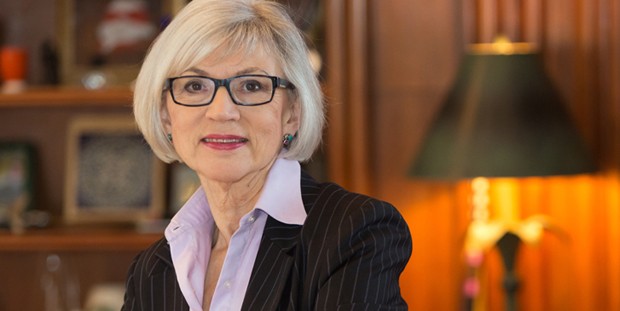 One of the most influential women in Canadian society is coming to Concordia on March 16.

The Right Honourable Beverley McLachlin, chief justice of the Supreme Court of Canada, will be on campus to accept the first ever Simone de Beauvoir Institute Prize.

She will also deliver a lecture on the importance of the courts in Canadian democracy, as part of the Workshops on Social Science Research (WSSR).

The Simone de Beauvoir Institute Prize recognizes women who are building a world dedicated to gender equality and social justice.

“It is fitting that McLachlin be the inaugural recipient,” says Concordia’s president Alan Shepard.  “As the first female chief justice, she has been a trailblazer for women and a role model for all Canadians.”

Viviane Namaste, professor at the Simone de Beauvoir Institute, was instrumental in creating the award.

“Equality is often considered in relation with the law. McLachlin symbolizes the gains that women have made and can make,” Namaste says.

“Under her leadership, the Supreme Court has rendered decisions on very complex dossiers and as chief justice she has approached these issues with rigour and grace.”

The future of Canadian democracy

McLachlin will deliver a WSSR Canada 150 lecture. Her talk will expand on the important role that the courts play in democracy today and how this has evolved since Canadian Confederation.

From her experience and understanding of this evolution, as well as her years spent interpreting cases related to the Canadian Charter of Rights and Freedoms, McLachlin will put forth her proposals for strengthening the country’s democracy and the protection of its citizens for the next 150 years.

“The WSSR series is one of our faculty’s premier venues for discussing and sharing bold ideas,” says André Roy, dean of the Faculty of Arts and Science and moderator of the upcoming WSSR event.

“I can think of no better guest than chief justice McLachlin to lead a conversation on the future of Canadian democracy.”

The Right Honourable Beverley McLachlin, Chief Justice of Canada, will give a public talk as part of Concordia’s Workshops on Social Science Research (WSSR).