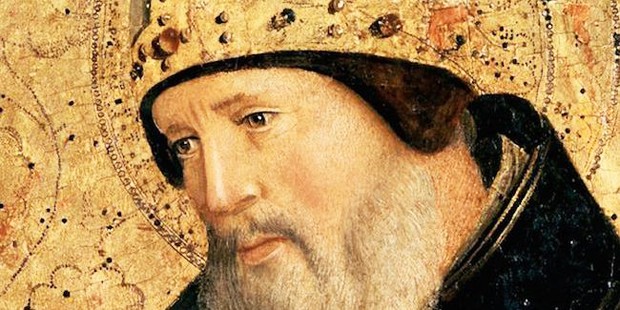 A new lecture series at Concordia aims to show how the work of early Christian theologian and philosopher Saint Augustine can be brought to bear on the human condition in ways that are surprisingly modern.

The events run through November and are structured to highlight certain threads of Saint Augustine’s thought and their connections to and lessons for contemporary moral and philosophical issues.

Theology professor Paul Allen from the Faculty of Arts and Science is organizing the series. We caught up with him to find out more about what audiences can expect.

How did you come up with the idea for the lecture series?

Paul Allen: It came out of the courses that I have been teaching over the years, where I introduce the thought of Saint Augustine in some way or another. I find that students gravitate toward him because he has a dramatic flair to his writings. He’s very personal, yet he’s someone who’s very theologically astute.

Even though he lived in the fourth and fifth centuries, I know several people who work on contemporary philosophical issues to which Augustine carries some relevance. So I thought, why not put on a lecture series exploring that?


How can Saint Augustine’s thought be related to current philosophical or theological concerns?

PA: For one, Augustine had a lot to say about science, even though in his day it was called philosophy of nature or natural philosophy. He actually had an understanding of nature that is pretty conducive to evolution. He applied this empirical method to his understanding of sin and human nature. So you could say that his thought is in line with a philosophy that is generally pro-science.

I’m currently working on a book on this subject, tentatively titled Creaturehood: Sin, Science and Theological Anthropology. It’s on the broader relationship between science and theology, focusing on the way that we understand human nature through the prism of evolutionary theory in particular.

Another big connection is with classical liberalism. Augustine is fairly neutral about what sort of government is best. He thinks that people — in and outside of the Church — have a civic obligation to be active in politics. But he doesn’t think that human beings can ultimately govern themselves well. For example, he would say that someone like Donald Trump — who is intemperate and authoritarian — is inevitable. He would say that it’s inherent in human nature that people of this stature emerge in history.

What motivated you to open the series with a lecture on contemporary issues surrounding addiction?

PA: Augustine might say that it’s not right to think of addiction as something that is exclusively medical. He would challenge the idea that it is just another disease. Many addicts will tell you that there are elements of what they are suffering that are like a disease, but there are other elements that are rooted in choice.

Augustine might therefore say that addicts are, in that sense, prophetic about the human condition, rather than being understood as exceptions to the rule. We have free will, but we also all have different predispositions and are prone to certain kinds of desires, which he calls “disordered” — all that means is that human beings love some things too much.

He’s part of the whole philosophical tradition that affirms virtue, but from a Christian point of view. In other words, for Augustine, the human quest is about trying to moderate one’s desires.

Can you tell us about what we can expect from the forthcoming lectures?

PA: All of the lecturers in this series will deal with Augustine’s work, but not in any systematic way; we’re going to take threads of his thought and connect it with contemporary issues.

Joanna Leidenhag’s lecture on November 14 will talk about how eating disorders reveal that there is a “disordered” relationship to food that has to do with very deep emotional and spiritual conditions of human nature and how this cannot be addressed exclusively through medication.

Jean-Michel Roessli’s lecture on November 23 will deal with the disjuncture between happiness and pleasure. For Augustine, happiness is very important but it is interpreted or defined in terms of a life of virtue. It’s a different definition of happiness than what many today would be familiar with.

Finally, James Bryson of McGill is going to talk about the personal elements of Augustine’s Christianity on November 28.

Given his deeply personal character, to what extent were Augustine’s innovations particular to the Christian tradition and why have they remained relevant today?

PA: To a large extent, Augustine made these elements central to the Christian tradition. A lot of the Church fathers before him were more abstract and conceptual, whereas Augustine was more personal and indeed social; he was more interested in human nature and human emotions. By emphasizing these things, Augustine actually transformed Christian thinking while being faithful to the tradition. That’s the main reason why his thinking is still relevant today.