A Concordian abroad: 'Who doesn’t love a little Eurovision mayhem?'

From a ‘Weird Al’ Yankovic lookalike to Celine Dion, undergrad Meagan Boisse discovers why the song contest is a huge deal across the pond
|
By Meagan Boisse 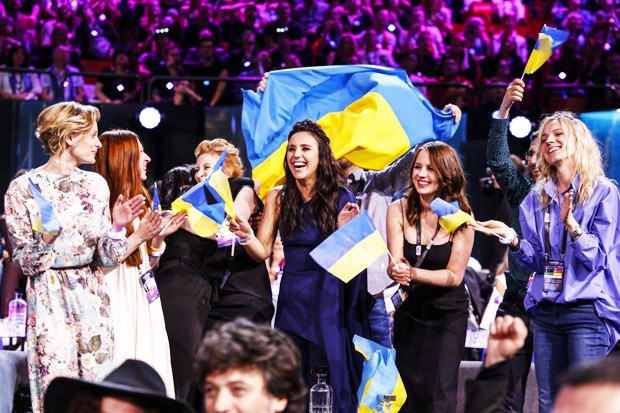 With her politically charged song, “1944,” Jamala from the Ukraine won this year's Eurovision competition.

As a Canadian I felt slightly bemused when my European classmates started harping on about the Eurovision finale this past week. I hardly knew anything about the pan-European song competition, and mention of it elicited only a vague sense of familiarity — “It’s something like American Idol, right?”

Boy, was I in for a surprise. Turns out Eurovision is a huge deal across the pond — and in Australia as well, for some unknown reason (they even compete). The finale pulls in hundreds of millions of viewers every year and is one of the longest running television shows ever, with a history that stretches back 60 years. Who knew?

Naturally then, no European exchange could be complete without joining in on some Eurovision mayhem.

I ended up watching the finale along with a slew of my classmates and about 100 other eager spectators at a “Eurovision party” in Aarhus’ Studenterhus, which projected the show on a big screen.

The energy in the space was kinetic — shouts came up from the crowd whenever a new country took the stage. It was fun to be able to identify where segments of the audience were from — there was no missing the Lithuanians, who cheered loudly and waved flags as their compatriot performed.

The show itself contained plenty of theatrics: from weird illuminated costumes, to funky choreography, to awkward seductive winking at the camera (looking at you, Holland). “Weird Al” Yankovic even represented Poland — not really, but the resemblance was striking!

The competition is scored through a combination of points given out by judges representing each EU country (and Australia, of course) and votes from the public. There was tension in the air up until the very last moment, when the public vote was revealed.

In the end, after accumulating a ton of votes, Ukrainian Jamala's politically charged song “1944” stood out amidst some fluffier numbers, unexpectedly usurping Australia and Russia (much to the chagrin of many a Russian) to take the win. Cue audience gasps.

If you’re wondering, Germany finished dead last for the second year in a row. I was quite aware of this fact not only because I was watching the show, but also because my German classmate Niels, who was sitting right next to me, went on a diatribe afterwards about how his country should stop funding this “dumb” competition and use its money more effectively.

If you’re still not sure what Eurovision is all about, perhaps this video will help.