A Concordian abroad: you can still watch local playoff hockey ... in Denmark 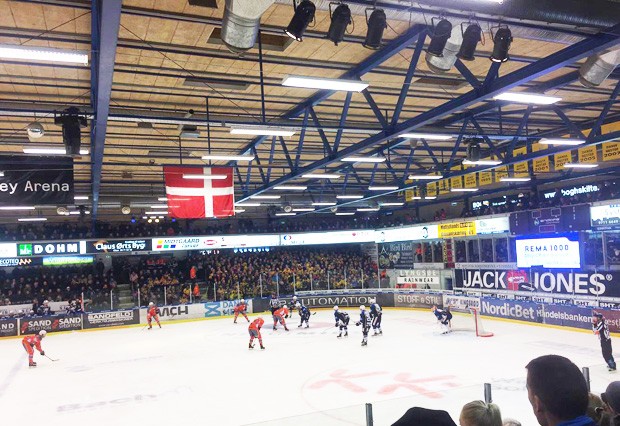 Hockey is an integral component of the Canadian identity, but I had never actually attended a professional game until this week — in Denmark of all places.

My roommate Casey and I — along with Patrick, the goalie from her hockey team here in Aarhus — headed out to the middle of Jutland yesterday, to watch the sixth game of the championship series between Herning Blue Fox and Esbjerg Energy in Metal Ligean, Denmark's premier league. 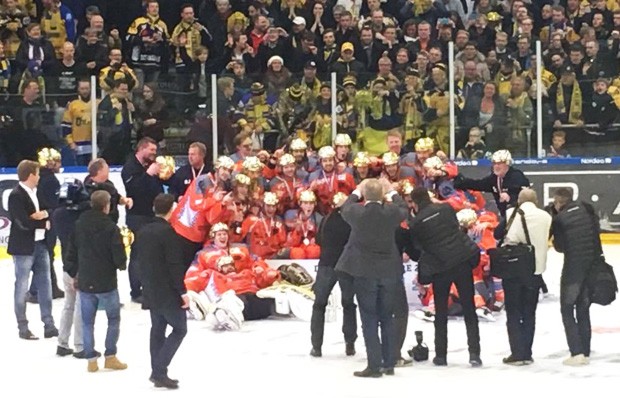 While it seems a little counterintuitive to experience what is essentially a Canuck rite of passage while abroad, it was cool to watch a familiar scene unfold in such an unfamiliar place.

The small stadium was packed with nearly 4,000 fans. The vast majority of the crowd was wearing blue for Herning, the home team, but there was one pocket of yellow in the corner of the rink, reserved for away-team fans — a rowdy bunch that jumped and cheered in perfect unison for all three periods.

With my beloved Habs out of the NHL playoffs this year, along with every other Canadian team, what better time to throw my support behind a Danish team? Go, Herning!

The atmosphere inside the rink was electric, as the constant hammering of what sounded like a war drum mixed with howls and Danish hockey chants. Casey noted that whenever Blue Fox missed an opportunity, instead of hearing the typical North American “Oohhh!” Danish fans instead shouted “Ayyeee!”

The game was close, Energy scored the first goal, then Blue Fox responded, and by the end of the third period they were tied 2-2.

Cue overtime! We nervously gripped our Carlsbergs as the players moved up and down the ice. Finally, Energy scored, ending the game and winning the Danish Championship. Fun fact, the game-winning goal was scored by Canadian player Aaron Lee. 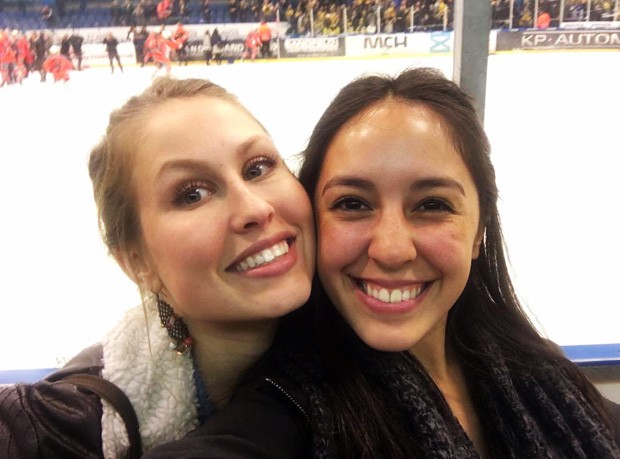 Afterward nearly everyone piled out of the arena, except for the overjoyed Energy fans, who belted out song after song as medals were awarded and the winning players were crowned with golden helmets.

It was an awesome time despite not knowing the teams. Is there any better way to embrace one’s Canadian heritage while abroad than by attending a good ol’ hockey game? I think not!