On March 31, five Concordia experts share their take on how the field is evolving
|
Source: University Communications Services 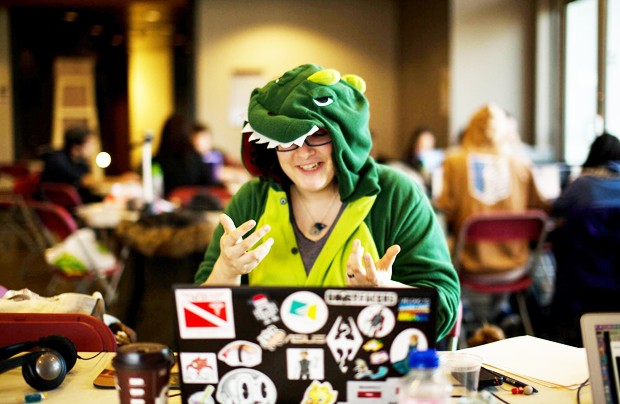 Jessica Rose Marcotte is a game designer and member of TAG. | Image courtesy of TAG

Too often, video gaming has been viewed as a domain dominated by men. But women make up a significant proportion of the gaming community and are increasingly involved in the design of games. How is their presence being felt?

Concordia women who enjoy, study and create games will discuss their impact on the gaming world in a round table on March 31.

What are the five greatest things about being a woman who creates games?

What advice would you give a female student who is contemplating a career in gaming?

JRM: I'm an independent game designer and a student academic, which is how I'm connected to games. My situation is probably quite different than someone who is entering the industry. But what has been really helpful to me is the community of people around me, especially those who are similarly marginalized in games (women, LGBTIQ folk, non-binary folk, people of colour).

Another piece of advice for people who don't fit the standard game-developer profile (this goes for women, LGBTIQ folk, non-binary folk, people of colour and more): your feelings are valid. It's not just your imagination.

If you feel subtly unwelcomed or if you don't feel okay with something that someone in a space has said or done, those are valid feelings. Micro-aggressions happen all the time in games-related spaces. I wish I could say that there were always effective systems in place to deal with those situations, but it isn't the case.

Can you give us some examples of games that have a positive social impact?

One of my own games, In Tune, seeks to raise awareness through practice of consent issues, both for physical consent and beyond (consent is about more than just sexual consent). I really enjoyed Papers, Please as a commentary, and Foldit is a really neat game where players work to solve protein-folding puzzles that contribute to scientific research.

When you design a game, are you concerned about the representation of women characters? What are some of the traits you appreciate in female characters?

I like female characters in my games to portray the broad range of female experience. For me, it's about many different kinds of experiences portrayed in games, not just one perfect version of what a female character should be. We're not all the same, and video game characters shouldn't be, either.

What I don't want to see is more of the same tropes — to name a few: the damsel in distress, the woman who is just there to motivate the main character (usually male), often by dying, the female character who is only there for the straight male gaze (usually hypersexualized for that gaze).

Listen to the round table on women in gaming this Thursday, March 31, at 6:30 p.m. in Room EV-11.491 of the Engineering, Computer Science and Visual Arts Integrated Complex (1515 Ste-Catherine St. W.).