Video games that are experimental, avant-garde and ... wearable? 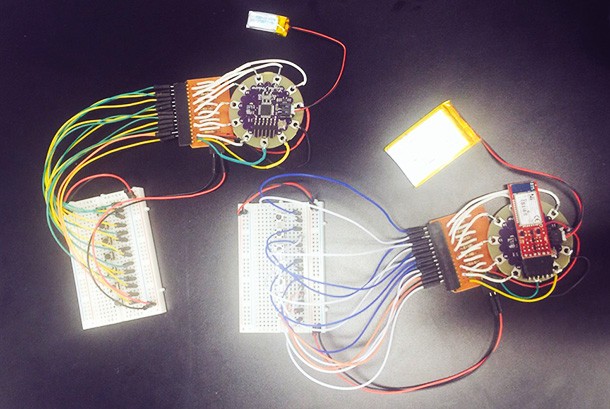 As Montreal’s Fashion and Design Festival saunters down the catwalk this week, a group of local video game developers are taking attire in an entirely different direction.

On Thursday, August 20, the finalists of Critical Hit 2015 — a Concordia-based interdisciplinary incubator dedicated to hatching experimental, avant-garde and distinctly non-commercial games — will tackle the emerging field of wearable technology.

Each annual edition of this intensive 10-week project focuses on a different facet of game design. With its “Wearable Games” theme, Critical Hit 2015’s goal was to explore the potential of devices like fitness bands, smart watches, augmented reality headsets and intelligent textiles.

This summer’s 16 participants created and playtested a series of prototypes with subjects as diverse as oppression, digital sustainability and e-waste.

In (un)done, two players take turns tying and untying knots in each other’s poncho; as one person ties their string to the other's string, an audio clip plays describing an aspect of the game characters' relationship — how they fell in love, or their first kiss, for example. When the players untie a knot, the audio clip involves breakups and loss of love.

“The slowness, as well as the gesture itself, act as a solid metaphor for the whole idea of the game,” Stone says. “We hoped to inspire feelings of nostalgia and bittersweet love, and to help people look back on their own relationships.” 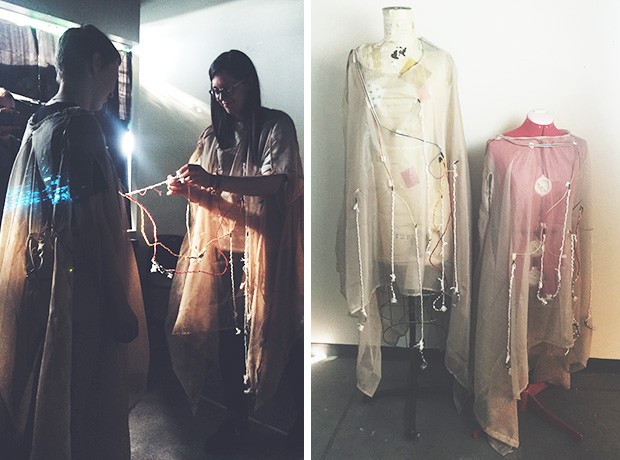 Critical Hit 2015 finalist (un)done in action: "We hoped to inspire feelings of nostalgia and bittersweet love."

(un)done's narrative follows different storylines depending on which strings are knotted.

“We’re really excited about how we managed to create a cohesive feeling between the physical and the digital,” Stone says.

Ultimately, four games emerged for Thursday’s final showcase, which runs from 6 to 10 p.m. at GamePlay Space: (un)done, along with Shoal, Utopia and W.U.R.M.: Escape from a Dying Star.

But as Jessica Marcotte, Critical Hit’s co-director and a member of Concordia's Technoculture, Art and Games (TAG) Research Centre, explains, experiential learning is the secret to a literally hands-on development process.

“Critical Hit is divided into different phases — ‘introductory,’ ‘prototyping’ and ‘polish’ — that aim to help creators make games that would not normally be made in a commercial environment,” she says. “It's a part of the larger program of innovative opportunities TAG provides for researchers and creators to make connections in local and world communities, fostering exchange and dialogue.”

A spirit of inclusiveness is key to their incubator’s aim of challenging male gaming stereotypes.

“Over half of our participants identify as women or have non-binary gender identities,” Marcotte says. “And since the inception of Critical Hit two years ago, many of our participants also made their first solo games with the women-in-games Pixelles Incubator program — including me, actually.”