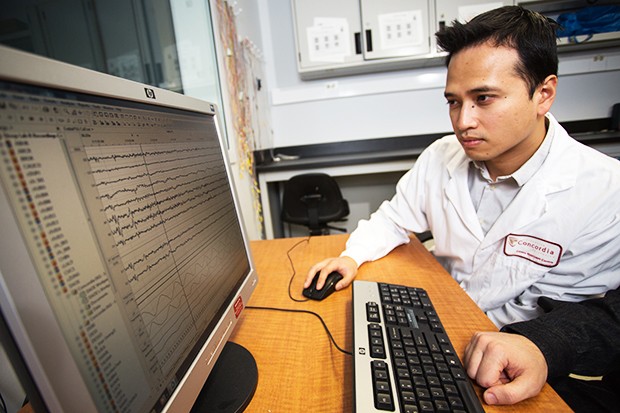 “Sleep might be one of these aspects that helps preserve a good memory and cognitive function,” says Thanh Dang-Vu, a Concordia researcher. | Photo by Concordia University

Looking at everyone from children to the elderly, Concordia’s researchers are studying the patterns, influences and consequences of sleep.

“My research focuses on how sleep impacts heart health and obesity in children — specifically, why poor families have poor health,” says Jennifer McGrath, associate professor in the Department of Psychology and Concordia’s inaugural PERFORM Chair in Childhood Preventive Health and Data Science. "The stress of being poor gets under their skin, literally, and stress seems to make its biggest impact while we're sleeping."

Here, at the 2015 Chancellor’s Builders Dinner, McGrath’s discusses how sleep is critical for good health:

A new study from September 2015, led by researchers Jinshia Ly, McGrath and Jean-Philippe Gouin from Concordia’s Centre for Clinical Research in Health (CCRH) and the PERFORM Centre, shows that poor sleep might explain how stress impacts health in kids.

“Getting a good night’s sleep might buffer the impact of stress on kids’ cortisol level, which is a hormone produced in the adrenal gland to regulate the body’s cardiovascular, metabolic and immune systems,” says McGrath, also the director of Concordia’s Pediatric Public Health Psychology (PPHP) Laboratory. “Long-term exposure to cortisol can put people at risk for health problems, like heart diseases, weight gain and depression.”

This study was part of the larger, ongoing Healthy Heart Project directed by McGrath. It was made possible by the Canadian Institutes of Health Research (CIHR) Operating Grant awarded to McGrath and the Fonds de recherche du Québec – Santé bourse de formation maîtrise awarded to Ly. The CIHR funding was renewed and the project is funded until 2020.

What is the relationship between sleep and cognition in older adults?

Neurologist Thanh Dang-Vu, assistant professor in the Department of Exercise Science, is currently recruiting people over the age of 65 for a sleep study to get some answers. 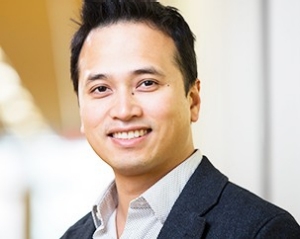 Thanh Dang-Vu: “Sleep becomes more fragile as you age and the prevalence of insomnia increases.”

“Sleep becomes more fragile as you age and the prevalence of insomnia increases,” says Dang-Vu, Concordia Research Chair in Sleep, Neuroimaging and Cognitive Health at Concordia’s Center for Studies in Behavioral Neurobiology and the PERFORM Centre, is also a medical doctor at the Institut universitaire de gériatrie de Montréal.

“In the general population, chronic insomnia, which is insomnia for more than three months, is about 10 to 15 per cent. In the elderly, people older than 65, insomnia rates can be between 30 and 34 per cent, or one third of the population — at least double that of younger people,” he says.

That's a problem, Dang-Vu explains, because the population is more fragile. Insomniacs have a higher risk of cardiovascular disease, stroke, diabetes, and a higher prevalence of depression and anxiety. Too often, insomnia is treated with sleeping pills and patients become dependent.

“We’ve recruited 20 participants over 65 years of age who take benzodiazepines — like Ativan, Klonopin and Serax, for example — to spend the night at our sleep lab,” says Dang-Vu, who won the 2015 Roger Broughton Young Investigator Award from the Canadian Sleep Society in recognition of his significant early career contributions to the field of sleep research in Canada.

“We’re offering them a treatment called Cognitive Behavioural Therapy for Insomnia (CBTI),” says Dang-Vu, who wants to see if CBTI will improve their cognition.

“If that's the case, it would emphasize the importance of treating insomnia for maintaining good cognitive function with age,” he says. “With age, we have a larger risk of developing memory problems. Sleep might be one of these aspects that help prevent the development of dementia. It’s important to look at that.”