'All grown-ups were once children': the Concordia animators behind Le Petit Prince 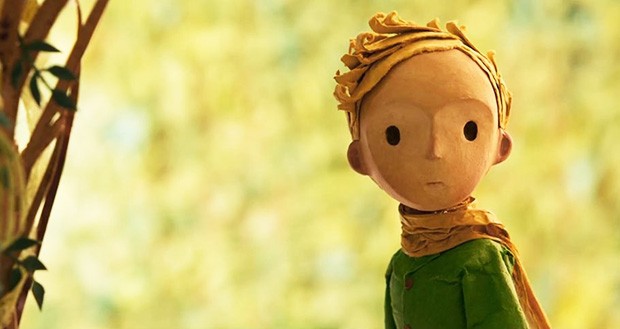 Erik Goulet, a part-time animation instructor, not only worked on the film’s stop-motion sequences from July 2013 to July 2014, but he hired six former Concordia students to work on the project. 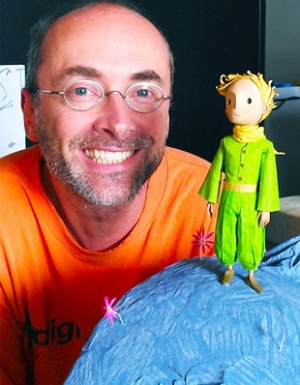 “An animator at the NFB, Dale Hayward, put me in contact with the director of the stop-motion sequences of the film because Dale knew I construct ball-and-socket armatures for inside puppets,” says Goulet, who has been teaching traditional stop-motion animation (FMAN 352) at Concordia since 2001. He’s also the founding director of Concordia’s Montreal Stop Motion Film Festival.

“At our peak, we were 50 people working at the stop-motion studio,” says Goulet. “Close to a third of the film, or 22 minutes, is stop-motion. That’s a lot of content to create.

"It was a great experience for us all to see how a major animated film like this gets made on a day-to-day basis," he says.

The nuts and bolts

Goulet and his crew custom made the puppets' metallic skeletons from scratch. 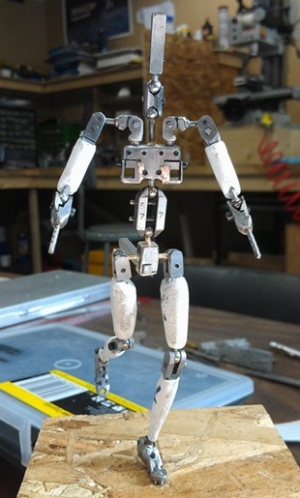 “Next, the puppet department covers the armature with foam latex,” says Goulet. “The outer layers, however, were made of paper, in the same pastel colours as the original book’s drawings. Paper was very delicate to work with, but the film’s director, Mark Osborne, really wanted to have a special feel and look that would resonate with readers.”

Osborne is well known for his work on Kung Fu Panda, but he wasn’t the only big name attached to the project.

“Our stop-motion supervisor, Anthony Scott, is a legend who worked on The Nightmare Before Christmas,” says Goulet. “And the director of the stop-motion segments, Jamie Caliri, is the mastermind behind the Dragonframe software used all over the world for stop-motion. These guys are the three biggest names in the industry and they relocated here for a year. They were great to work beside.”

Goulet wants to leverage this experience to attract more productions to Montreal.

“My mission is to get the word out that you can make a big animated film here — not just special effects and video games. It’s time to get noticed for our stop-motion animation. That’s one of the reasons I started the Montreal Stop Motion Film Festival. That was phase one. Now I’m giving myself two years to focus on promoting the city and our talent. Each year, I teach wonderful animation artists at Concordia and I want them to have more work.”

So, after all that work, what does he think of the film? Goulet says it’s magical.

“This is the first ever animated feature film adaptation of Antoine de Saint-Exupéry's iconic masterpiece, and Mark Osborne worked on it for six or seven years,” say Goulet. “He knew that it would be impossible to adapt the story, as is, so he created another story — an outer shell — that surrounds the book. The stop-animation sequences are the sections from Le Petit Prince, and the rest of the film is computer graphics.”