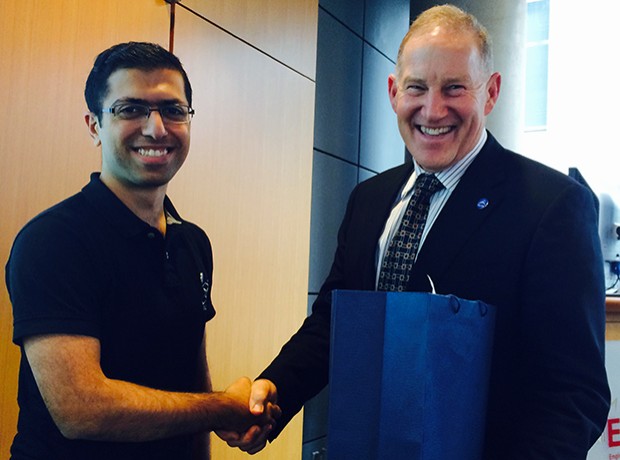 Gen. Walter Natynczyk (ret.), president of the Canadian Space Agency, was greeted by an enthusiastic audience when he arrived at Concordia this week.

He described the assembled students as the future of astronautical engineering excellence.

Accompanied by senior CSA officials, Natynczyk toured such aerospace research facilities as the Marinvent simulator and the Concordia Center for Composites.

Space Concordia, the award-winning student association that builds satellites and imagines the future of space travel, gave a 25-minute presentation about their work.

In the course of the October 21 visit, Natynczyk also met with Concordia’s president Alan Shepard and leading researchers from across the university (see photo below), including the PERFORM Centre and the Faculty of Engineering and Computer Science. 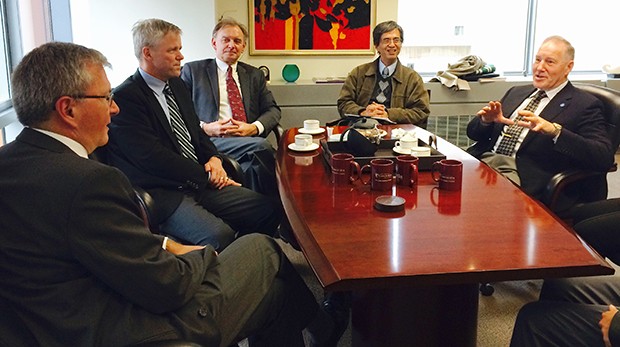 Find out about Space Concordia’s recent visit to the International Astronautical Congress.