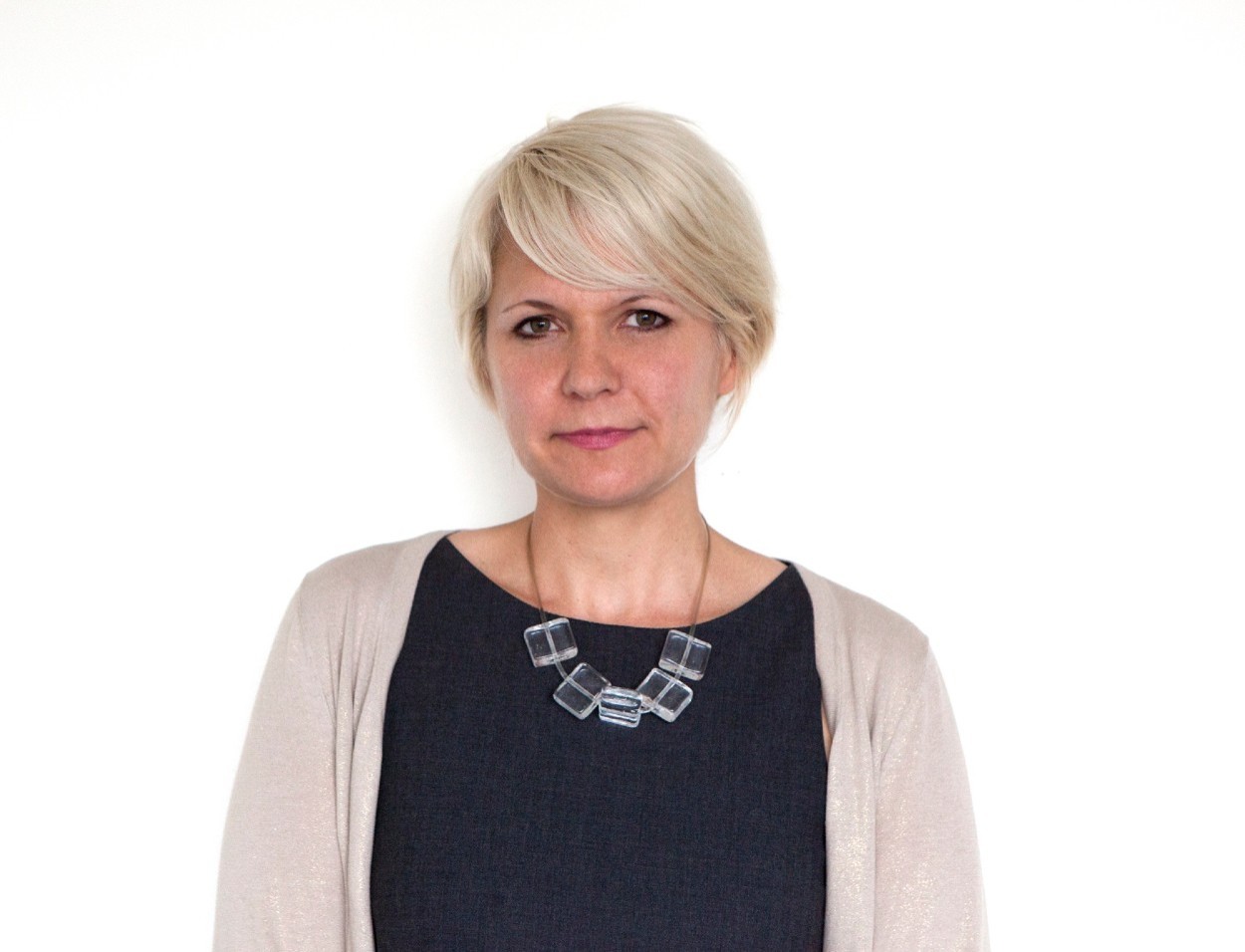 In a field often concerned with big movies in familiar movie theatres, Concordia professor of film studies Haidee Wasson has been thinking about small movies in unexpected places.

In her new book, Everyday Movies: Portable Film Projectors and the Transformation of American Culture, Wasson says that the number of films people have historically watched in theatres is utterly dwarfed by what they have watched with small, portable projectors since World War II. These machines were widely used to turn schools, living rooms, public spaces, and just about any other location into places to see movies for a wide range of purposes: information, research, therapy, religious worship, and yes, entertainment too.

Her research on small projectors, which were both portable and programmable, shows that cinema has never been just about special locations or spectacular events, but has long operated in ways similar to contemporary media, linking movies and their machines to the everyday way we use phones, computers, and tablets.

Wasson’s previous books include the award-winning Museum Movies, and co-edited collections, Useful Cinema and Cinema’s Military Industrial Complex, which explore the ways film has been part of important institutional and cultural transformations such as the art museum and the American military throughout the 20th century.

Wasson recently answered some questions about her most recent book and why the history of portable projectors is significant in reconsidering how we understand cinema.

Why study the history of portable projectors?

Through the course of my research, I became fascinated by two basic facts. First, there were so many of them! These were little media machines that people were very familiar with and often had access to, using them regularly at work, school, and home. Second, there were many different kinds of projectors in circulation right from the beginning of the existence of movies. So it became clear that portable cinema was both common and diverse, with a very long history.  Looking at these devices opened up a whole set of questions about why we liked to watch, how we watched, and where we watched films. This new viewing infrastructure created new kinds of audiences and made whole new kinds of movies possible: documentary, science films, personal films, pornography, avant garde and experimental films. The big screen and its movie theater was only a very small part of the story. Cinema was happening almost everywhere! 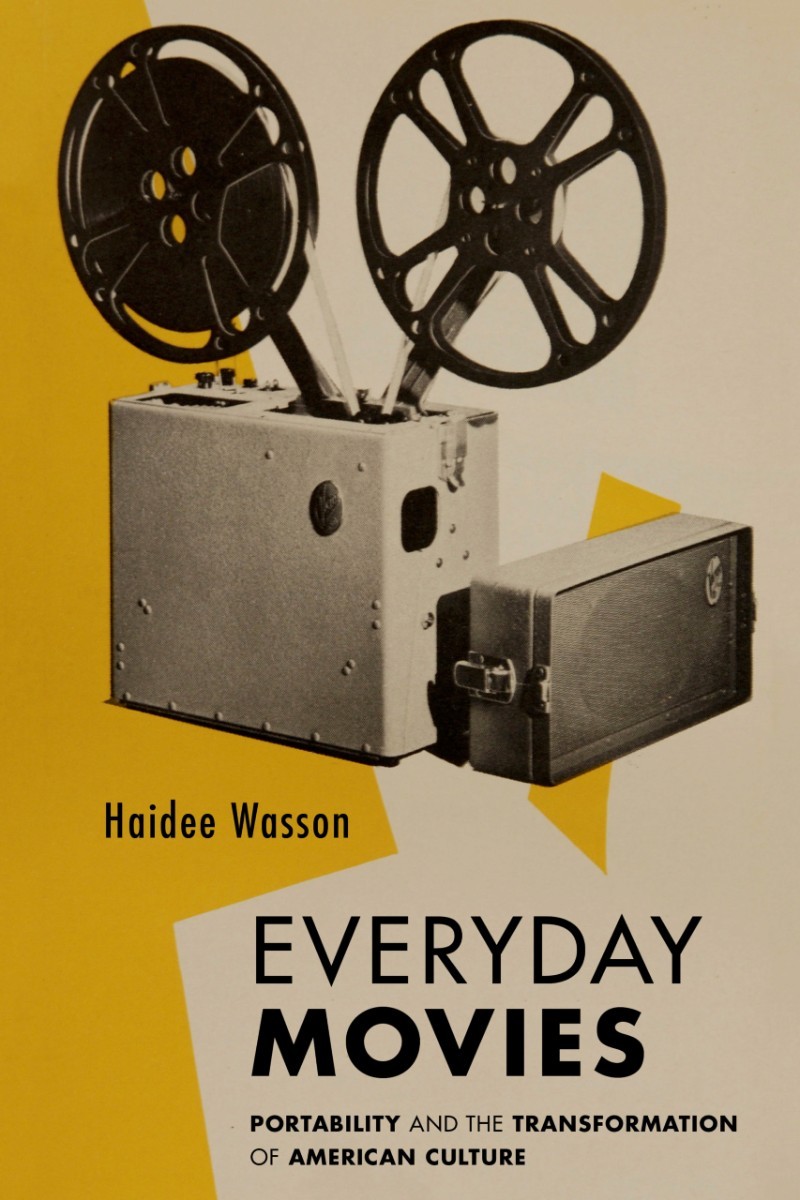 Your book is called “Everyday Movies;” how is the “everydayness” of the movies important to this history?

I chose that title because I wanted to emphasize the ordinary aspects of watching and showing films throughout the 20th century. These little portable movies were a common feature of everyday life, particularly from the 1950s forward. They struck me as a crucial predecessor for today’s ready-access to moving images through services like Google, Youtube, and Netflix. This idea that we can see almost anything instantaneously was nurtured by small film technologies, which in a way enabled a more democratic culture of showing and watching.  They were simple to operate and could be used without paying a fee, or waiting for a large company to show them to us. People could watch when they wanted and how they wanted. They could choose.

Does the history of portable projectors tell us anything about our current use of portable media?

Media have always been portable, designed for our bodies as much as our eyes and ears. There is a long history of machines we carry with us, like phonographs with handles, or cameras with shoulder straps. Often these devices didn’t start portable but became portable through a series of marketing campaigns that normalized the idea that just about everything we do, everywhere we go, could and should be mediated. So, you know that panic we feel if we leave the house without our cell phone? That has been built up over years through these other small media forms that came first. The idea that you would put a clock on your wrist was once a radical invention, that grew from a dependency on machine time and standardized schedules. Cell phones are just the latest version of that.

How does this book connect with your other research?

I have been interested in the importance of moving images and recorded sounds for transforming basic ideas about art, information, entertainment, learning, and even fighting wars or governing populations, for a long time. My previous work approached this question through institutions: How did cinema reshape the art museum? How did moving images change how we teach or study? Or, what did the military want film and its technologies to do? This new book really links the previous ones by showing how widespread and essential this new media platform was to so many realms of life and cultural activity.  Small cinema machines really freed film from the film industry (i.e. Hollywood) and paved the way for moving images across all sectors of life. Importantly, this is not just a story about the democratization but also a story about cinema becoming useful to very powerful institutions. 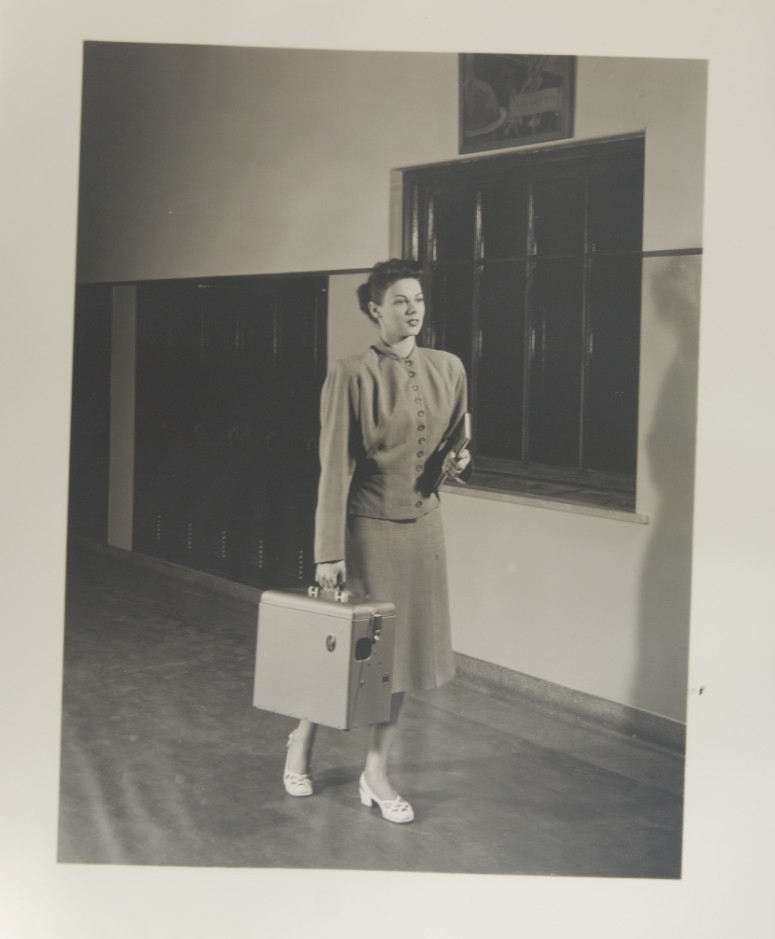 Is this kind of research part of a larger trend in film studies?

The rise of digital technologies and now streaming platforms has shown us that we cannot really understand cinema today without knowing about cell phones, laptops, streaming portals and massive online sites like Youtube. So, film studies is really blending with studies of other media forms. This has helped us to look back and realize that the present is not entirely unusual and that cinema has never just been one thing. The fact that film technologies have long been small and affordable allows us to consider many more kinds of films: science films, training films, surveillance films, interactive films, retail films, suitcase films, and so on. The history of cinema is so much more than the silver screen.

How does this book fit in with the culture of film studies at Concordia?

New, cutting-edge research on film and media is a key Concordia strength and has been for decades. My own project benefitted from discussions with colleagues working in the Media History Research Center, part of the Milieux Institute. Fellow Concordians are working on projects that include: typewriters and literature, poetry and wax cylinders, spirit photography, and blockbuster cinema, as well as new media platforms that are radically changing how we make, circulate and see cultural programming. Their work is an inspiration.