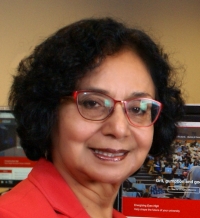 Ratna Ghosh is Distinguished James McGill Prof. and Macdonald Prof. of Education,  McGill University, Montréal, Canada. She was Dean of Education from July 1998 to December 2003. She is Fellow, Royal Society of Canada; Member, Order of Canada; Officer, Order of Quebec, and Order of Montreal; and Fellow of The World Academy of Sciences (TWAS- Trieste, Italy). A recipient of several national and international awards, she is past president and Honorary Fellow of the American Comparative and International Education Society, and former president Shastri Indo--Canadian Institute.

Her research in the area of comparative and international development education, specifically education and social justice issues and more recently the role of education in countering violent extremsim, has resulted in several important publications, grants, conference presentations and keynote speeches.

Author of several books including Education and the Politics of Difference (2004, 2013), Redefining Multicultural Education (1996, 2004, 2014), on editorial boards of several international journals, she was featured in Time Magazine, Canadian Ed., (13.10.2003) in an article on 'Canada's Best in Education'.

Professor of Social Justice Education & Director of the Centre for Integrative Anti-Racism Studies at the Ontario Institute for Studies in Education of the University of Toronto (OISE/UT). 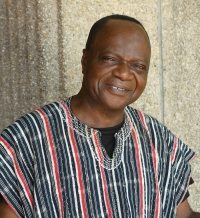 Ghanaian-born George Sefa Dei is a renowned educator, researcher and writer who is considered by many as one of Canada’s foremost scholars on race and anti-racism studies. He is a widely sought after academic, researcher and community worker whose professional and academic work has led to many Canadian and international speaking invitations in US, Europe and Africa.

Currently, he is Professor of Social Justice Education & Director of the Centre for Integrative Anti-Racism Studies at the Ontario Institute for Studies in Education of the University of Toronto (OISE/UT).

Professor Dei is the 2015, 2016, 2018-19 Carnegie African Diasporan Fellow. In August of 2012, Professor Dei also received the honorary title of ‘Professor Extraordinarire’ from the Department of Inclusive Education, University of South Africa, [UNISA]. In 2017, he was elected as Fellow of Royal Society of Canada, the most prestigious award for an academic scholar. He also received the ‘2016 Whitworth Award for Educational Research’ from the Canadian Education Association (CEA) awarded to the Canadian scholar whose research and scholarship have helped shaped Canadian national educational policy and practice. He is the 2019 Paulo Freire Democratic Project, Chapman University, US - ‘Social Justice Award’ winner. Professor Dei has thirty-five (35) books and over seventy (70) refereed journal articles to his credit.

Finally, in June of 2007, Professor Dei was installed as a traditional chief in Ghana, specifically, as the Gyaasehene of the town of Asokore, Koforidua in the New Juaben Traditional Area of Ghana. His stool name is Nana Adusei Sefa Tweneboah. 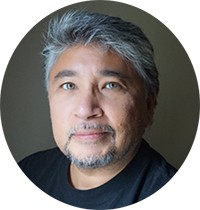 Born and raised in Iqaluit, Pitseolak Pfeifer builds on over 25 years of Inuit advocacy and public policy experience in his management consulting work with Inuit Solutions in the area of governance and community development.

Pitseolak is a published interdisciplinary scholar, with an M.A. in Northern Studies from Carleton University, whose research interests intersect Northern development and Inuit epistemologies in applied projects. He often guest lectures to strengthen different communities of practice across Canada and internationally. 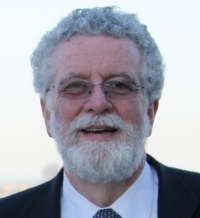 Noel Burke is a well-known champion of Lifelong Learning, a successful agent of change, and a sought-after consultant and speaker on educational and institutional innovation.

Mr. Burke is recently retired and currently working as a sessional lecturer for the Graduate Certificate in Educational Leadership at McGill University. As the founder and principal partner of nEDworks Consulting; Noel provides consultation services to educational stakeholders as well as leadership and career coaching to individuals and organizations.

Noel combines a rich background in management, leadership and teaching; most recently as the Founding Dean of the School of Extended Learning at Concordia University, a school that serves as an interactive portal to the university for communities and individuals alike. Noel previously served as the Assistant Deputy Minister of Education of Québec for the English-Speaking Community.

His many accomplishments in education include a leading role in the implementation of Quebec’s current school reform and significant innovations in Vocational Education. He is also responsible for the establishment of the Leading English Education Research Network (LEARN) as well as the founder of the Community Learning Centres (CLC) network. He has most recently established the Québec English-speaking Community Research Network (QUESCREN) at Concordia University.

Noel is currently the Chair of the Lester B. Pearson School Board. He has served as a director and board member of numerous community organizations and has chaired the Quebec Community Groups Network and the Centre for Literacy Quebec. He was also the premiere recipient of the Champion of Lifelong Learning Award from the Québec Association for Lifelong Learning.

Mr. Burke holds a B.Ed. and M.Ed. in Administration and Policy Studies from McGill University, and the Professional and Personal Coaching Certification (PPCC) from the International Coaching Federation (IFC) 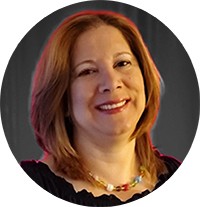 Dr. Sfeir’s research and publications are in the areas of Cosmopolitanism, Multiculturalism, Diversity and Inclusion, Adult Education and Social Studies. She advocates for the revision of Canadian curricula, particularly social studies and history, to account for the voices of oppressed groups rendered invisible in Canadian social policies and curricula. Recently, she co-authored a chapter, Global Problems Require a Global Citizenry: The Case for Teaching Global Citizenship, in an edited book, Teaching Global Citizenship: A Canadian Perspective (2020, Canadian Scholars' Press). She serves on the executive editorial board of International Journal for Talent Development and Creativity and is a reviewer for the Common Ground Research Networks. She is currently completing a book manuscript with the proposed title: Cosmopolitanism and Canada's Growing Diversity: A Better Strategy Than Multiculturalism

She is a member of various academic and research and advocacy groups such as Quebec English-Speaking Communities Research Network (QUESCREN), the Comparative and International Education Society (CIES), The Canadian Association for the Study of Adult Education (CASAE), Canadian Society for the Study of Education (CSSE) and Montreal Council of Women (MCW). She was the recipient of Concordia Volunteer Recognition Award in 2012.