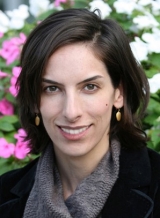 Natasha Dow Schüll is a cultural anthropologist and associate professor at MIT's Program in Science, Technology, and Society. Her most recent book,Addiction by Design: Machine Gambling in Las Vegas (Princeton University Press 2012), draws on extended research among compulsive gamblers and the designers of the slot machines they play to explore the relationship between technology design and the experience of addiction. Her next book, Keeping Track: Personal Informatics, Self-Regulation, and the Data-Driven Life (Farrar, Straus, and Giroux, forthcoming 2016), concerns the rise of digital self-tracking technologies and the new modes of introspection and self-governance they engender. Her documentary film, Buffet: All You Can Eat Las Vegas, has screened multiple times on PBS and appeared in numerous film festivals.

The talk will begin by tracking the game of poker through its live, video, and online forms. In the movement from interactive social game to solitary electronic game to virtual networked game, what differences emerge in the phenomenology (speed, rhythm, degrees of presence and absence), aim or telos (winning, escaping, self-fashioning), and stakes (social, monetary, existential) of play? The second half of the talk will focus on the technologies, practices, and experiences of online poker, drawing on interviews with players to show how an array of digital media—including real-time data tracking of opponents, dynamic numerical displays, statistical visualizations, data-analysis algorithms, and chat forums—affects the structure and experience of the game. As players describe, continuously updated statistical dashboards facilitate the rapid-fire decision making of “multitabling,” in which they can play up to twenty-four games at a time without falling into the emotionally clouded, fiscally dangerous state state of “tilt.” Although digital media is often associated with such effects as isolation, distraction, choice-paralysis, and the disappearance of the subject, the case of online poker shows that it can also serve as a vehicle for sociality, equanimity, and subjective formation.  Online poker, in other words, can be regarded as a “technology of the self.” As such, it offers clues to the particular anxieties, risks, and challenges of contemporary life.