‘This needs to change’ 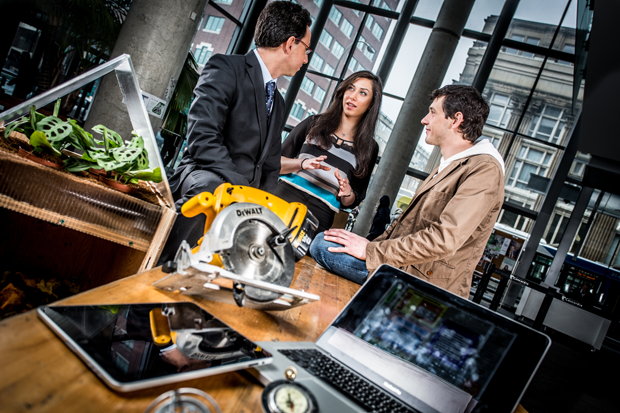 It’s no secret that when it comes to women in engineering there’s a serious issue of underrepresentation. Women make up more than half of Canada’s population, but less than 12 per cent of our country's licensed professional engineers.

That’s the question Anjali Agarwal, professor and associate chair of the Department of Electrical and Computer Engineering (ECE) at Concordia, is trying to solve.

Agarwal has seen firsthand how our nation lags behind when it comes to producing female engineers. She observes that girls make up only eight to 10 per cent of her undergraduate classes. But in her graduate classes that number rises significantly, to about 20 to 25 per cent.

“In my graduate courses the female students are mostly international students,” says Agarwal.

“I asked myself, what could be the reason behind this? Are female students from high schools and CEGEPs in Quebec and Canada not as motivated to pursue engineering as international female students?”

Women in Electrical and Computer Engineering of Concordia

These questions spurred Agarwal to take action and create the Women in Electrical and Computer Engineering of Concordia Committee, which held its inaugural meetup this past spring.

The committee aims to improve the recruitment and retention of Concordia’s female engineering undergraduates.

“First-year students who are women often feel intimidated since there aren’t many other female students in their classes,” Agarwal says.

“Male students tend to dominate in labs, whereas female students mention that they are mostly assigned to group project tasks like report writing. This shows again how a female student may be perceived differently as an engineer among her peers. This needs to change.”

Agarwal notes that female high-school students with a knack for science are often pushed towards a degree in basic science over engineering.

“Steps should be taken to rectify this problem at the ground level,” she says. “We need to motivate female students in high school and CEGEPs to participate in technology. We should introduce them to successful Concordia women engineering alumni, invite them to visit our department to meet our current female students and showcase the amazing work our discipline has to offer them.”

Agarwal adds that the new committee hopes to motivate at least one additional female student interested in science from each high school/CEGEP they visit to join Concordia’s ECE department.

But efforts to rectify the gender imbalance don’t stop at outreach. Once a female student has registered in an engineering program at the university the committee will be there to offer them support, Agarwal says.

The committee wants to provide mentorship, run technical and career seminars, organize industrial visits and create a job bank highlighting companies that promote female engineers. The hope is that these programs will motivate female students to continue their studies.

The committee initiated at the ECE department level, and now expands at the Faculty of Engineering and Computer Science level where all departments have joined forces to address this female underrepresentation issue.

Find out more about Concordia’s Engineering and Computer Science Faculty.