‘You think I can't do something? Watch me!’ 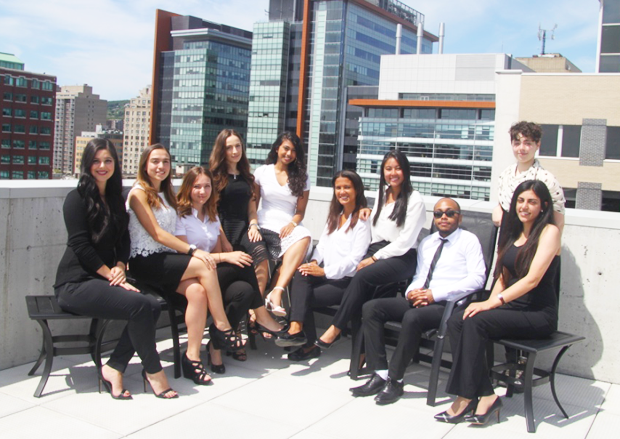 Karina Bagryan is no stranger to sticking out.

When she studied building systems engineering technology at Vanier College, she was one of only two girls in her entire program. During a later work term at an HVAC company, the fourth-year building engineering Co-op student was the only woman on the floor — a fact that didn’t go unnoticed by her co-workers.

‘You can prove people wrong’

Bagryan was supposed to test a piping system on the production floor. “I was the only girl there and the supervisor got upset and said, ‘my shop is no place for a woman.’”

But Bagryan wasn’t going to let anyone undermine her capabilities. She explained the situation to a superior who helped her resolve it. “These things happen, but I believe that with professionalism, hard work and passion for what you're doing, you can prove these kinds of people wrong. You think I can't do something? Watch me!”

Today Bagryan has four successful internships under her belt. She’s also co-president of the Concordia chapter of Women in Engineering (WIE), an organization dedicated to promoting gender equality within the profession.

“Every year when I volunteer for Open House events I see how girls avoid engineering programs, and when I ask them why, they seem to think it’s only for boys,” she says.

Bagryan hopes that through WIE events, workshops and activities, they can show young girls what engineering really is. “I want them to see what kind of careers they can have, what doors are open to them and most importantly, I want to share our own experiences, failures and successes with them.”

Fariha Kamal, another fourth-year building engineering Co-op student, is co-president of the chapter alongside Bagryan. She’s seen first-hand how girls with aptitudes for math and science tend to shy away from STEM careers, fearing they’ll be ostracised.

“There's obviously a problem within the profession,” says Kamal, citing the fact that only 17 per cent of students who enroll in engineering programs across Canada are female, and only seven per cent of registered professional engineers in the country are women.

“There’s a real need to support aspiring female engineers by making successful women in the industry, and their stories of overcoming barriers, more visible.”

Currently, WIE Concordia offers academic, moral, financial and professional support to students through a variety of workshops, events, conferences and competitions. From providing information about scholarships to connecting students with engineers in the field, WIE Concordia aims to inspire girls to follow their academic interests full circle towards a degree.

‘Give back to your community’

“We regularly visit elementary and high schools to promote STEM education, and we also teach coding at a local women’s shelter on a biweekly basis,” says Kamal. “It’s an opportunity to give back to your community.” 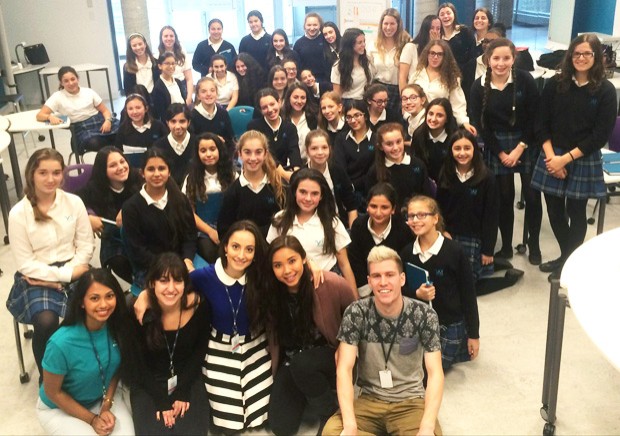 "WIE change the world" is an outreach event at Villa Maria High school.

Both Kamal and Bagryan have been members of the society since they first arrived at Concordia. Their involvement has enriched their student experience personally and professionally.

“I’ve made a lot of great connections and friendships through WIE, and plus, it's fun!” says Kamal.

“Every time I’ve done a job interview I’m asked about my role within WIE. Employers like it because it shows commitment, management and other soft skills.”

Bagryan notes that WIE Concordia is not exclusively for women either, and that they actively encourage participation and membership from men.

“Many men attend our events, workshops and volunteer with us,” she says. “For example, the current president of the Engineering and Computer Science Association came with us to Villa Maria College to talk to female students and show them that men support and encourage girls in this field.”

While the gender breakdown within engineering is far from being 50–50, Kamal is hopeful that things are moving in the right direction.

“Change is gradual and takes a lot of time, but we'll get there.”

Bagryan and Kamal wished to thank the whole WIE team for their dedication. "None of these things would be possible without their ideas, commitment and support."

Find out more about Concordia's Women in Engineering outreach initiatives.

Join WIE on September 5 for Beach Day. More than 200 students will congregate at Le Sablon Beach for a barbecue and drinks.