A Minecraft build can be used to teach almost any subject, according to Concordia researchers

Bart Simon (left) and Darren Wershler: “Educators at high school, college and university levels can use these principles and tools to teach a whole variety of subjects within the game.”

For all its massive popularity, Minecraft — the highest-selling video game of all time — is not highly regarded among the gaming world’s snob class. The graphics are blocky, and there isn’t much of a point to it. It’s for kids.

But according to many millions of users, including some Concordia faculty and students, Minecraft’s malleability is its strength. Free from constraints and easily modifiable, the game can be used in countless ways, including as a game-based teaching method. In a period when classrooms have had to pivot online with little warning or prep time, the realm of Minecraft has provided educators with a massive sandbox in which to play, experiment and teach.

A new paper published in the journal gamevironments by Darren Wershler, professor of English, and Bart Simon, associate professor of sociology and director of Concordia’s Milieux Institute for Arts, Culture and Technology, describes how Wershler used Minecraft to teach a class on the history and culture of modernity. The course was based entirely within the game server, with instructions, in-class communication and course work almost exclusively carried out within the Minecraft world and over the messaging app Discord. This new pedagogical framework presented the researchers with the opportunity to see how the students used the game to achieve academic goals.

“The course is not a video game studies course, and it is not a gamified version of a course on modernity,” explains Wershler, a Tier 2 Concordia University Research Chair in Media and Contemporary Literature. “It’s this other thing that sits in an uncomfortable middle and brushes up against both. The learning comes out of trying to think about those two things simultaneously.” 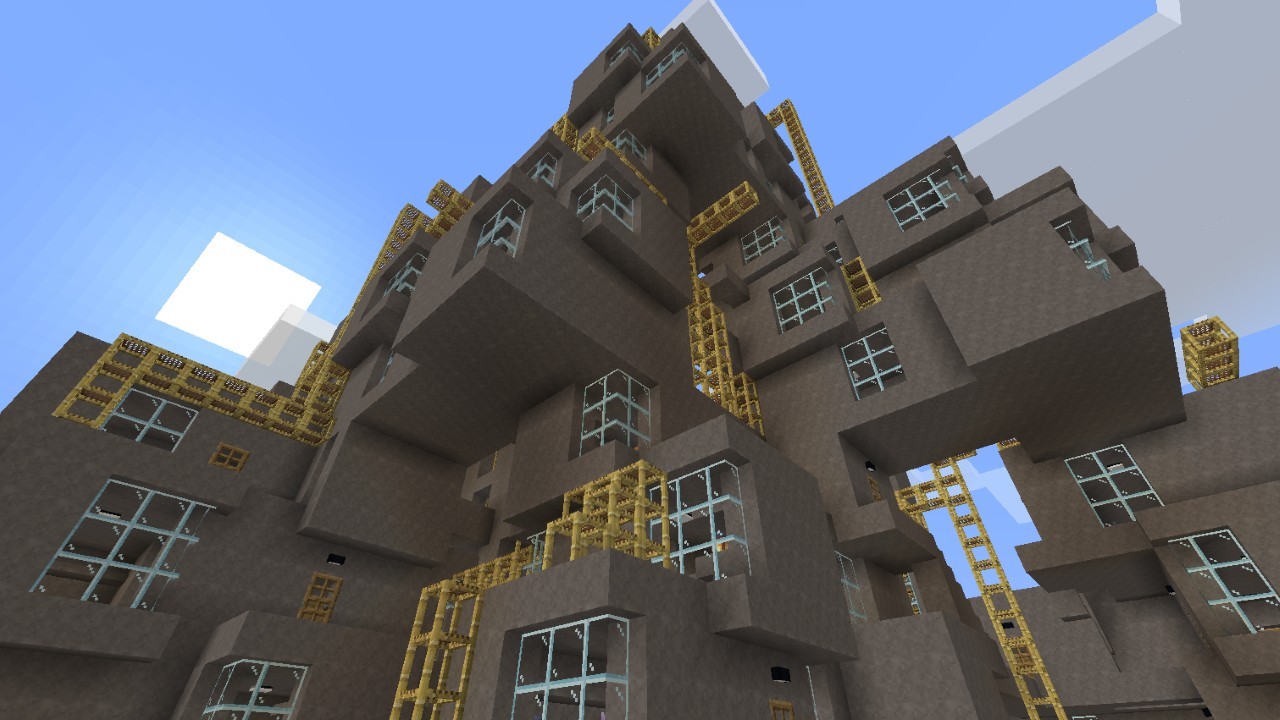 The students quickly adapted to their unique classroom and lost little time adapting to their new learning environment. Some took time to teach their peers who were unfamiliar with the game, providing them with instructions on how to mine resources, build homes, plant food and survive waves of attacks by hostile zombies and skeletons. Others, who usually did not identify themselves as natural-born leaders, found themselves answering questions and providing guidance because of their gaming proficiency.

The students eventually decided on group projects that would be created in the Minecraft world and touched on the issues of modernity addressed in Wershler’s half-hour podcast lectures and readings. One group tried to recreate Moshe Safdie’s futuristic Habitat 67, which, Wershler notes, fits right into the Minecraft aesthetic. Another group built an entire working city (populated by Minecraft villagers) on the model of the Nakagin Capsule Tower Building in Tokyo.

Rather than using the Creative mode that many educators favour, the game was set in the more difficult Survival mode, so students were often killed by marauding foes. The researchers downloaded fan-made modifications to enhance the game as they chose; but the mods also made the gameplay wonkier and more liable to crash at inopportune times.

“It was important that the game remained a game and that while the students were working on their projects, there were all these horrible things coming out of the wilderness to kill them,” Wershler says. “This makes them think about the fact that what they are doing requires effort and that the possibility of failure is very real.”

He admits to being happily surprised with how well his students adapted to the parameters of the course he co-designed along with a dozen other interdisciplinary researchers at Concordia. Wershler has been using Minecraft in his course since 2014, but he realized this approach created a scaffold for a new style of teaching.

“Educators at the high school, college and university levels can use these principles and tools to teach a whole variety of subjects within the game,” he says. “There is no reason why we could not do this with architecture, design, engineering, computer science as well as history, cultural studies or sociology. There are countless ways to structure this to make it work.”

The project project was funded by the Concordia Lab for Innovation in Teaching and Learning.

Listen to a podcast of Darren Wershler discussing his research