5G will revolutionize business — whether managers like it or not, according to Concordia Public Scholar

The game-changing technology is coming fast and firms need to understand its potential, says Nura Jabagi
|
By Patrick Lejtenyi

For all the talk about the benefits 5G internet will bring us, there is still much we do not understand about it — its potential, its impact on society and how it will affect the workplace.

In a new paper published in Business Horizons, Nura Jabagi, a Concordia Public Scholar and PhD candidate at the John Molson School of Business, and her fellow authors explain the technology’s potential in clear, simple terms. They also offer advice on 5G investment strategies for business owners and managers. Andrew Park of the Beedie School of Business at Simon Fraser University and Jan Kietzmann of the University of Victoria’s Gustavson School of Business co-wrote the paper.

5G cannot be ignored. According to the authors, this technological leap will have a global economic impact of $13.2 trillion and create 22.3 million jobs. They also write that “a recent survey of nearly 2,000 executives from mid- and large-sized businesses across industries in 10 countries found that slightly more than 50 per cent do not expect 5G technology to enable them to do much more than what they can already do using today’s networks.” 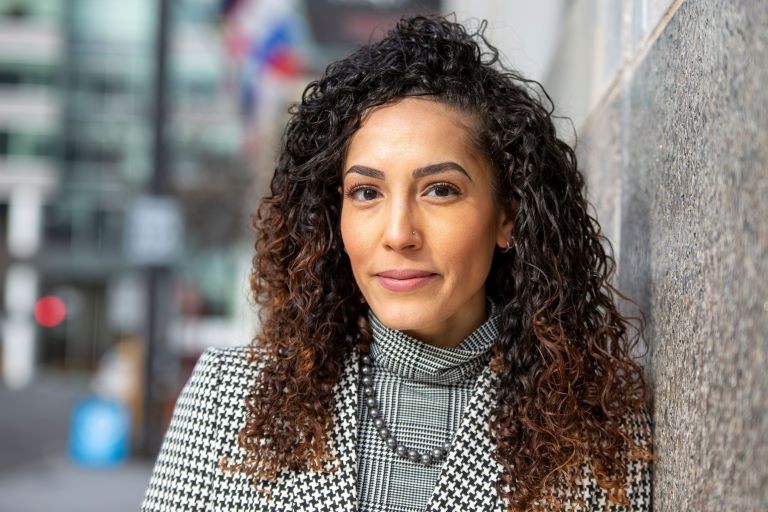 Nura Jabagi: “5G will help automate things, but it will also create new and different types of jobs for humans.”

The first thing businesses need to do, the researchers write, is to understand just what 5G offers. They identify three generation-defining features.

The first is high speed. 5G technology will allow for the transfer of data packets along a network hundreds of times faster than existing 4G LTE technology.

Second is expanded bandwidth. It is estimated that 5G will increase a network’s data transfer capacity 100-fold, meaning far more information can travel along a network than previously.

The final feature is latency, or network responsiveness. This refers to the speed at which a network responds to a user’s request and transfers data back to its sender. 5G will reduce latency time from 50 milliseconds (ms) to under one. Humans have a decision-making speed of around 2 ms.

These new features will let us do a lot more than download movies onto our phones much faster — though that will happen too. It will allow for an exponentially faster exchange of information between users, between users and machines and between machines.

In the near term, we will see the growth of enhanced mobile broadband services, which are in many ways incremental improvements on existing 4G LTE devices. This will lead to improvements in videoconferencing, telemedicine and eHealth and mixed reality — a kind of enhanced virtual/augmented reality.

The growth of the 5G-dependent Massive Internet of Things network will affect industries as diverse as precision agriculture, supply chain management, industrial robotics and smart grocery stores, the authors write.

And while the finished applications remain distant, 5G will form the bedrock of life-altering, mission-critical communication services, which require ultra-reliable and low-latency data transfer. Autonomous vehicles, smart-grid automation, smart highways and other applications will rely on high-quality 5G connectivity.

Still room for the human factor

Nevertheless, as promising as 5G is for users and for machines, Jabagi is also warning business managers to avoid diving too deep into its potential at this stage. 5G will usher in a new era of workplace automation, but robots — even the most advanced ones — have their limits.

“There is a common thought among academics that full-blown automation is overhyped, and that there will always be jobs that are done better by humans  — jobs that require empathy and creativity, or that require being able to help facilitate communication and teamwork, for instance,” she says.

“Of course, 5G technology will help automate things, but it will also create new and different types of jobs for humans.”

Read the paper: The Truth About 5G: It’s Not (Only) About Downloading Movies Faster!