What does it mean to 'act' in the city?

The theme of the second annual Le Monde festival was Agir / Act. | Photo by Michael Descharles on Unsplash

A group of academics, public servants, urban planners and activists from Quebec and France gathered in Montreal for two days of inspiring debate and discussion during the second annual Le Monde festival.

On October 25 and 26, Concordia, the Montreal Museum of Fine Arts and the TOHU circus venue hosted events focussed on this year’s theme of Agir / Act, presented by French newspaper Le Monde and its local media partner Le Devoir.

Concordia welcomed the public to two city-related events on October 25.

In the morning, Le Monde, NewCities and Concordia presented a series of panels under the banner Réinventer la ville : agir… vite ! Speakers explored different perspectives on how to improve urban environments and what this can look like in practice.

A fundamental question came up throughout the morning presentations: should cities act quickly or slowly?

Many panellists called for urgent attention to pressing issues — such as seasonal flooding in Quebec — especially when the risks and alternatives are clear. “We have to act, and fast,” said Pascale Biron, professor and chair of Concordia’s Department of Geography, Planning and Environment.

She noted that the province is already over a decade behind Europe in implementing a widespread policy for managing flood zones and mitigating associated risks.

For chronic issues such as long-term sustainability, many speakers urged cities to act slowly but intentionally, making sure to exercise principles of design methodology, participatory democracy and public consultation.

In her keynote address, Ursula Eicker, Concordia’s Canada Excellence Research Chair (CERC) in Smart, Sustainable and Resilient Communities and Cities, explained that “we live in a world where short-term interests dominate. Not only in economics but also in politics.”

In the face of this reality, she suggested that policy-makers investigate new financial instruments that would accept payouts over a longer period in order to fund forward-thinking upgrades in cities.

Eicker also asked attendees — as citizens — to be active and engaged, adopt new strategies and technologies, and participate in municipal decision-making. 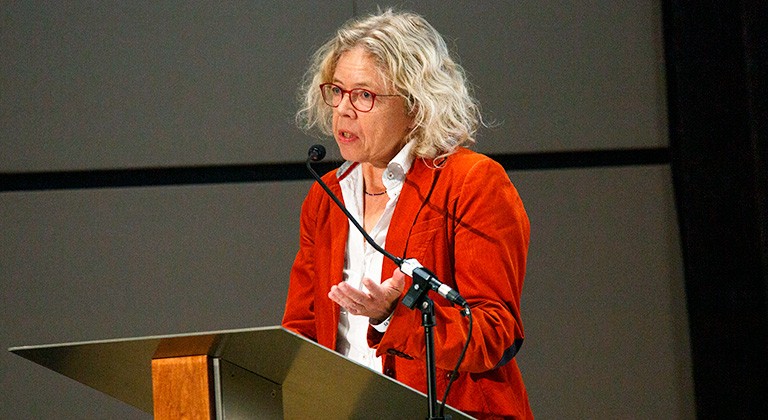 The morning also featured a number of urban innovation laboratories and case studies of projects such as Bâtiment 7, an initiative supported by Concordia’s Office of Community Engagement; the experimental Urban Lab from Paris&Co; Montreal’s Quartier de l’innovation; the City of Paris’s Projet Oasis initiative to make playgrounds resilient to climate change; Polish social enterprise Urban Workshop; and Symbiose, a rooftop greenhouse experiment in the French town of Nantes.

The diverse and inspiring array of ideas was best summarized in the youth keynote presentation by Concordia student Jamie Latvaitis, co-spokesperson of La planète s’invite à l’université. Latvaitis said succinctly, “Sometimes to act fast, you have to take your time.”

The packed schedule demonstrated the benefits of transatlantic collaboration for sharing knowledge, conducting relevant research and engaging with communities. 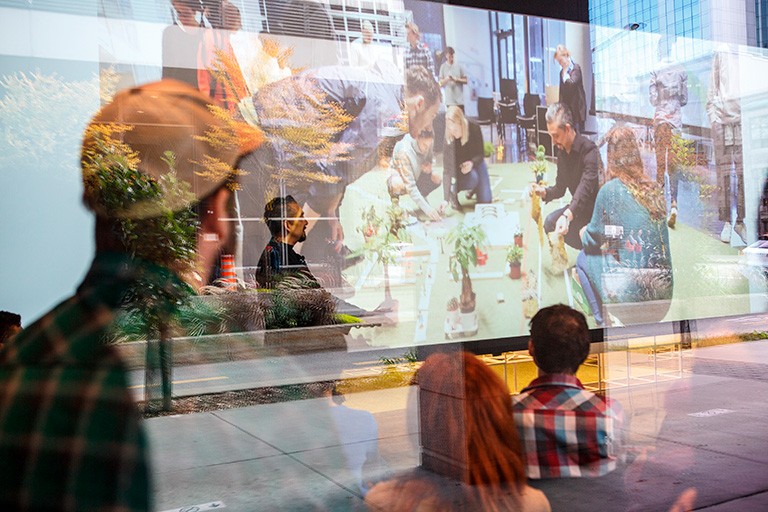 In the afternoon, Concordia’s 4TH SPACE was the venue for the Open urbanisms: Re-thinking public spaces workshop, led by Silvano De la Llata, assistant professor in Concordia’s Department of Geography, Planning and Environment.

Members of the public joined students in De la Llata’s class to develop a new design for the Parc des Gorilles in Montreal though a series of three hands-on sessions. They proposed elements of hard design, soft design, community engagement, mobility and accessibility, and sustainability components of an improved public space.

Participants used miniature figurines and repurposed materials from the Concordia University Centre for Creative Reuse to collaboratively flesh out their ideas on a to-scale mock-up of the park, which the city has committed to transforming.

Throughout the afternoon, the model of the park evolved from a collection of siloed ideas to a cohesive and flowing design.

"Any public space has permanent and temporary structures," De la Llata said. "The idea is that we should find a fine balance between the two."

As part of the festival, Le Monde is offering a discount subscription price to all Concordians: