The coming year’s lineup includes books by Ken Lum, Richard Foltz and a series in partnership with the Canadian Centre for Architecture
|
By Katharine Stein

The first book in the series, Everything Is Relevant: Writings on Art and Life, 1991-2018, compiles Ken Lum’s writings over the course of his prolific career. | Photo by Stephanie Noritz

Concordia University Press has established a new direction in its publishing program with the unveiling of its first catalogue. The press will launch a series of writings by Canadian artists, starting with a collection of texts by Vancouver-born Ken Lum to be released this fall.

“Taking an interest in art writing makes great sense for a press like ours because we’re at an institution with a very strong Faculty of Fine Arts and a dynamic fine arts community,” explains Geoffrey Little, interim associate university librarian for scholarly communications and interim director of Concordia University Press.

The series is called Text/Context: Writings by Canadian Artists. It will include collections of essays, interviews, articles, archival documents, curatorial statements, lectures and other writing by Canadian artists.

Little explains that the series will bring together published and unpublished pieces that would otherwise be scattered across ephemeral, small-run or out-of-print publications, reside in archives or email inboxes, or not easily be accessible to readers.

‘Writing is an integral part of the artistic practice’

The first book in the series, Everything Is Relevant: Writings on Art and Life, 1991-2018, compiles Lum’s writings across many formats over the course of his prolific career. Kitty Scott, curator of modern and contemporary art at the Art Gallery of Ontario, provided an introduction.

“In one of the pieces in the collection, Lum relates how someone describes him as an artist who writes. And that’s presented to him as a strange or surprising talent to have,” says Little.

“What this book demonstrates is that Lum is someone for whom writing is an integral part of his artistic practice.”

Lum says his writing practice extends beyond topics that directly relate to his work or to the art world in general.

“I’ve always had a wandering mind,” says Lum. “It stems from being extremely curious about the world and wanting to experience more the breadth of otherness that makes up the world.”

Although it was the Swiss curator Hans Ulrich Obrist who long ago suggested that Lum publish his writings, the project never came to fruition — a positive outcome, he says.

“Better it comes out now than years ago, when Hans Ulrich first asked me for copies of my texts. I have written a lot more since that time and this book will present a fuller picture of how I think and breathe.” 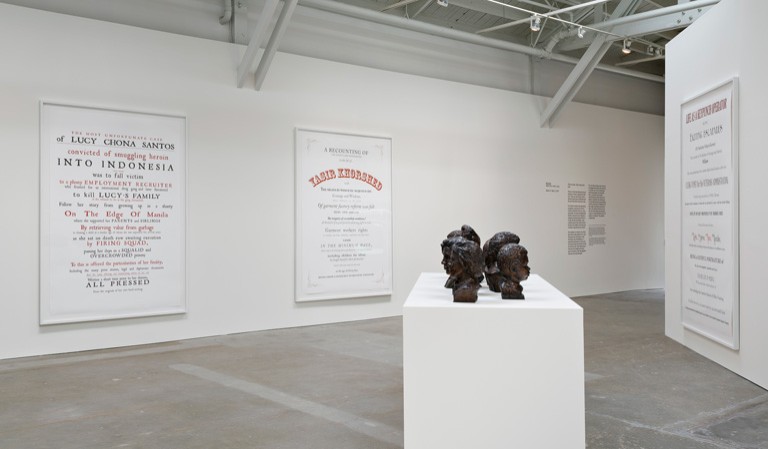 Ken Lum: “I’ve always had a wandering mind ... It stems from being extremely curious about the world.”

Little says the series will be an important contribution to scholarship on Canadian art.

“They engage with much broader social, political, economic and cultural questions as well,” he says. “Writings by artists are often very specific interventions.”

In addition to its print run, Everything is Relevant will be made available electronically for free, part of the press’s mandate to “share scholarship as widely as possible,” adds Little. He hopes the book will be used “by readers and scholars regardless of affiliation.”

The entire 2019 Concordia University Press catalogue is now available on its website. The catalogue showcases upcoming titles and highlights several other series on the horizon.

“As a native anglophone and lifelong francophile, I can only applaud the commitment of Concordia University Press to reflecting and respecting the bilingualism of our province, which enriches us all,” says Foltz, professor in Concordia’s Department of Religions and Cultures.

The press has teamed up with the Canadian Centre for Architecture (CCA) for its Building Arguments series. It will publish short works related to individual architects’ writings, working with the CCA’s extensive architectural fonds.

Other series include Authors, Publishers, Readers, Texts, a collaboration with the Bibliographical Society of Canada, a national, bilingual association of book historians; and Media Before 1800, which looks at medieval and early modern media, co-edited by Stephen Yeager, associate professor in the Department of English.

Concordia University Press was established in 2016 as a not-for-profit publisher of peer-reviewed books and series. It operates at arm’s length from the university and all books published under its imprint are approved by an editorial board comprised of Concordia faculty.