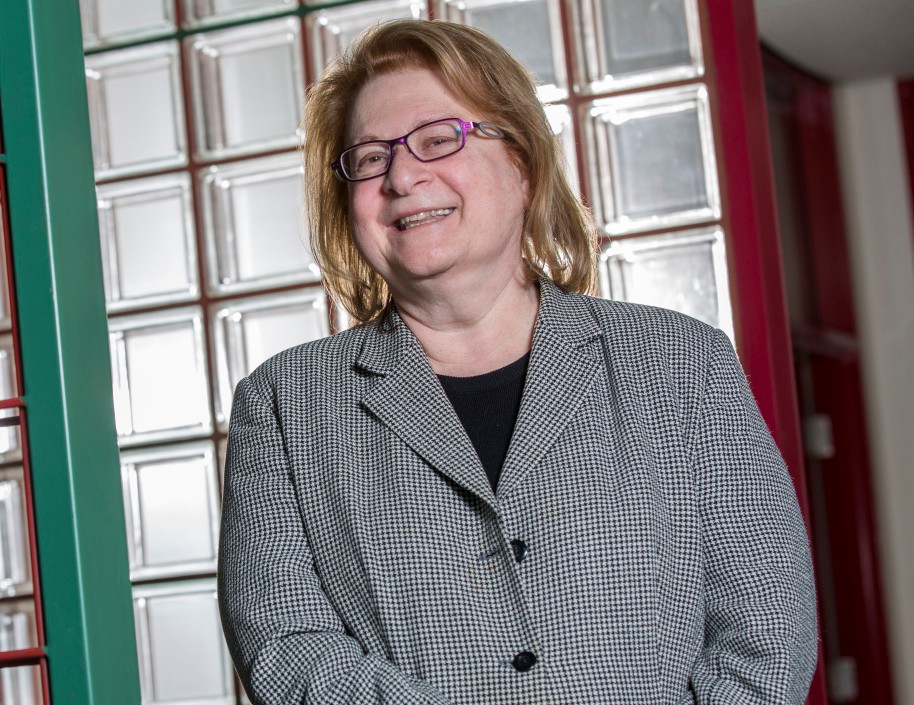 "There is no greater honour," says Arpi Hamalian, associate professor in the Department of Education.

On Sunday, May 29, Hamalian received the Lifetime Achievement Award from the Canadian Association for the Study of Adult Education (CASAE) during the 2016 Congress of Humanities and Social Sciences.

She was nominated for the award by students in the adult education programs in Concordia’s Department of Education.

"Seeing the torch successfully passed to the new generation of scholars and practitioners in adult education is really a sign that Concordia is at the forefront of the field in Canada," says Hamalian.

She first came to Concordia in 1974 to develop the MA program in Educational Studies, having begun her career in 1969 teaching medical and rural anthropology at the American University of Beirut and sociology at Haigazian University.

"Hamalian is a multilingual champion for life-long learning, an educator, practitioner, academic leader and scholar,” said Maurice Taylor, chair of the awards committee, when he presented Hamalian with the award.

Hamalian is also a mentor, and internship, thesis and dissertation supervisor to over 300 graduate students in adult education.

Her work in all these areas has been recognized with dozens of honours and awards locally, nationally and internationally.

Hamalian brought in the certificate, minor and BA in adult education in 1979 and later developed the Graduate Diploma in Adult Education, as well as the MA and doctoral concentrations.

She has been recognized nationally and internationally for her research on women’s rotating savings associations, and rural and refugee education programs. 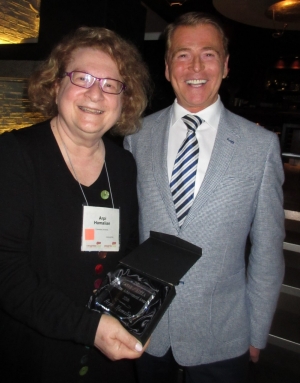 Arpi Hamalian receives the Lifetime Achievement Award from the Canadian Association for the Study of Adult Education. Photo by William Fallis.

A leader in and out of the classroom

In addition to serving as chair of the Department of Education from 1978 to 1981, Hamalian was director of the Educational Studies program on many occasions. She led the successful certification campaign for the Concordia University Faculty Association, for which she served as president. She also served two terms as president of the Fédération québécoise des professeures et professeurs d'université.

Hamalian was principal of the Simone de Beauvoir Institute from 1986 to 1991, achieving departmental recognition for Women's Studies within the institute, of which she is a lifetime member.

"I have pursued interdisciplinary approaches and methods in all my work: in my scholarship, publications and practice in the field and the community, and in validating narrative enquiry and story-telling," Hamalian says.

She praises André Roy, dean of the Faculty of Arts and Science, for his commitment to this approach.

Giving back to communities near and far

Hamalian has done extensive work in the wider community — with women prisoners in transition houses through the Elizabeth Fry Society and as president of the Thérèse F. Casgrain Foundation.

She has worked with different UNESCO committees to protect intangible heritage and indigenous languages, and to negotiate the establishment of biosphere reserves in Quebec and the implementation of the Belém Framework for Action.

She has also served as a long-time champion of libraries, from the Carnegie libraries established throughout North America, to the Atwater Library here in Montreal, as well as projects in the Downtown Eastside of Vancouver.

"The CASAE recognition opens a door to the international associations to which CASAE belongs and with which I have been associated," says Hamalian.

She continues her participation on three axes of the Centre interdisciplinaire de recherche en développement international et société at UQAM and helped organize the meetings of the International Council of Adult Education in Montreal in June 2015, led by the Institut de coopération pour l'éducation des adultes.

Both CASAE and the Carold Institute participated, and 12 adult-education students from Concordia served as volunteers. “These events highlighted internationally Concordia's contributions to the field and practice of adult education and life-long learning," she says.

Despite all her accolades, Hamalian is most proud of the accomplishments of the more than 300 graduate students she has supervised at the diploma, MA and PhD levels at Concordia and other universities.

"They have become stars in their own practice — achieving national and international awards, and becoming members of the Order of Canada as well as receiving multiple honorary doctorates," she says.

A dozen of those students were on hand to participate in the conference and fête their mentor. They included Audrey Dahl and Constanza Silva, doctoral students and two of the members of CASAE who nominated Hamalian.

Even with this most recent recognition, Hamalian does not intend to slow down.

"Learning and creating and researching are life-long endeavours, and I am convinced the best is yet to come for adult education programs at Concordia."