Introduction to Vibration and Blade Dynamics 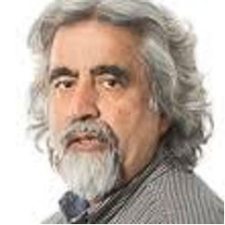 Dr. Kaushal is a Senior Technical Lead/Subject Matter Expert (SME) with 18+ years’ experience in managing projects and people Technical and team leading skills - technical and project deliverable authority. He has extensive and diversified experience in dynamics and vibration analysis/testing of gas turbines and excellent knowledge of the finite element method(s) and application(s). He has experience in rotor dynamics, modal and vibration testing, qualification, and test / analysis correlation, ISO and API standards; experience in coaching, mentoring and risk management. Dr. Kaushal has also extensive experience in high-level presentations and design reviews; identification and implementation of Continuous Improvement initiatives and is experienced in initiating and managing outsource contracts to offshore engineering firms.

A special course on Gas Turbine Engine Designed was designed to be delivered to engineers who are already working in Industry & seeking an introduction to Aero Gas Turbine Engine Design. The course was assembled by Sami Girgis (currently teaching Gas Turbine Design to undergrad and graduate students at Concordia since 2012) and delivered with the help of Mr. Ghislain Plante (Manager Advanced Performance at Pratt & Whitney Canada) as well as Mr. Tsukasa Yoshinaka (Retired Compressor Design Consultant).

This team of instructors collectively represented well over 100 years of industry experience in the field of Aero Gas Turbine Engine Design and this special course provided participants with a unique opportunity to tap into a wealth of knowledge and expertise. The course covered an introduction to all aspects of aero gas turbine engine design including cycle design and optimization, Aerodynamics & Structures as it pertains to all components of the engine, engine systems as well as engine Certification requirements. 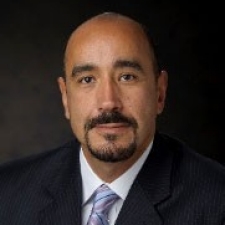 Sami Girgis has been a member of the Engineering community at Pratt & Whitney Canada (PWC) since completing his B. Eng Mechanical at Concordia University in 1989. In 1998, Sami took on the role of Manager of Turbine Aerodynamics group; the same group he was hired into when he started at Pratt & Whitney Canada nine years earlier. In this capacity, he assumed responsibility for all aspects related to the concept design and technology development as well as turbine performance development. In 2006, his responsibilities expanded to also include the development and implementation of technology development strategies across Engineering, aimed at protecting as well as improving the company’s competitive advantage. In 2007, M. Girgis moved into the role of Manger Global Engineering and was responsible for ensuring the smooth execution of engineering activities at all of PWC’s worldwide sites. In 2010, Sami assumed the role of Manager of Installation and Turbine Aerodynamics where he became responsible for all aspects related to the concept design, technology development as well as performance development of engine inlets, exhausts and Turbine components. Finally in 2012, Sami was awarded the designation of Fellow of Turbomachine Aerodynamics.  Sami Girgis has lectured at McGill University from 2000-2007, and has been giving the Gas Turbine Design course at Concordia University since 2012.

Mr. Girgis is currently a member of the Ontario order of Professional Engineers, and holds a Masters Degree in Business Administration from Concordia University.

This course provides fundamental information on the advanced design methodology and additive manufacturing processes related to aerospace engineering. The syllabus has two main parts, respectively. The first part will cover the design of structure and topology to improve the performance of components. The theory of each design technique will be explained first, and then their practice use in industrial applications will be discussed. The second part will review some of the additive and hybrid manufacturing techniques. By understanding the principle of different processes, it will be concluded with the capabilities and limitations of each technique. 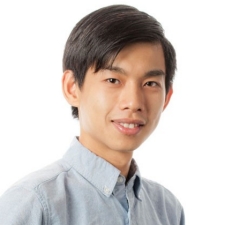 Dr. Tsz-Ho Kwok is an Assistant Professor in the Department of Mechanical, Industrial and Aerospace Engineering at the Concordia University, Montreal, Canada. His research interests include 3D printing, design for additive manufacturing, functional design and fabrication, cyber-manufacturing system, and mass customization. Dr. Kwok has received several awards including the University Research Award, the Petro-Canada Young Innovator Award, a Silver Medal Award at the international exhibition of inventions of Geneva, the Chinese Youth Science and Technology Innovation Prize, and the Microsoft Research Fellowship Nomination Award. He serves as an Associate Editor in the Transactions of the Canadian Society for Mechanical Engineering (TCSME), a Guest Editor in the Journal of Computer-Aided Design and in Mathematical Biosciences and Engineering, and an Executive Committee Member in both American and Canadian Societies for Mechanical Engineering – ASME and CSME.

This is a first course on the principles of aeroelasticity with the objective of providing the trainees with a sound conceptual and analytical foundation in aeroelasticity. The trainees will learn about the interdisciplinary nature of aeroelasticity, different aeroelastic instabilities, such as flutter and divergence, and how to develop/use some mathematical tools to predict instabilities for simple configurations, such as typical airfoil sections and uniform wings. The course will also give an overview of different aerodynamic theories, such as steady, quasi-steady and unsteady flow theories, which are used for aeroelastic analyses. In addition, the trainees will learn how to use MATLAB to implement different flutter prediction methods, such as p, k and pk methods. 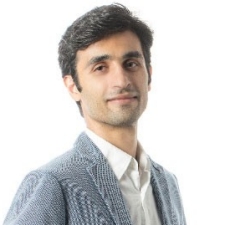 Dr. Mojtaba Kheiri, PhD, PEng, MCSME is an Assistant Professor in the Department of Mechanical, Industrial & Aerospace Engineering at Concordia University. He is a member of CIADI since 2017. He received a B.Sc. (2005) and a M.Sc. (2008) in Aerospace Engineering, both from Sharif University of Technology, and a Ph.D. (2014) in Mechanical Engineering from McGill University. Prior to joining Concordia University, he worked in a Vancouver-based start-up as a senior researcher for nearly two years on several wind power generation and energy storage projects. He is the director of the Fluid-Structure Interactions & Aeroelasticity Laboratory at Concordia University. His current research focuses on the nonlinear aeroelasticity, aerodynamic modelling of Airborne Wind Energy systems, dynamics and stability of flexible slender structures in axial flow, and vortex-induced vibrations of bluff bodies.

Concordia Institute of Aerospace Design and Innovation (CIADI) offers a certification and technical training program on surface coatings and tribology. The program is specifically focused on current and future coating processes and their applications in extreme conditions. This includes thermal spray processes, physical vapor deposition, chemical vapor deposition and cladding techniques. In addition, throughout this certification program, an overview of friction, wear and lubrication will be provided. This will be followed by material selection approaches in systems used for such tribological interfaces at a wide range of temperatures with the purpose to maintain wear control. The certification program will also include the latest development of multi-scale modeling strategies tailored for the various deposition techniques and tribological applications. Material selection strategies for advanced sealing technologies will also be discussed throughout the course. 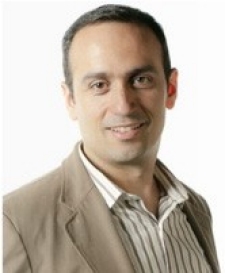 Ali Dolatabadi is a Professor in the Department of Mechanical and Industrial Engineering at the University of Toronto. He started his academic career at Concordia University as an Assistant Professor in 2004. He was early promoted to the ranks of Associate and Full Professor in 2008 and 2014, respectively. He is the co-founder and co-director of the Thermal Spray and Surface Engineering (TSSE) Research Centre at Concordia University. Dr. Dolatabadi has established research collaborations with a number of industry partners including Airbus, Pratt & Whitney Canada, Bombardier Aerospace, Siemens, and Rolls-Royce. Dr. Dolatabadi’s research on multiphase flows develops fundamental understanding of sprays for thermal spray processes, and of droplet dynamics, heat transfer and phase change for development and characterization of novel functional coatings.

He is the recipient of Young Research Achievement Award, Faculty of Engineering and Computer Science, Concordia University. In 2010, he was elected Fellow of CSME and became a member of Provost’s Circle of Distinction. Dr. Dolatabadi is the recipient of the Faculty of Engineering and Computer Science Teaching Excellence Award, 2016-2017 and President’s Excellence in Teaching Award in 2018. He served as a member and co-chair of the NSERC-DG evaluation group, mechanical engineering (2016-2019) and also CRIAQ/CARIC Scientific evaluation committee (2018-2021). He was elected the President of the Canadian Society for Mechanical Engineering (CSME) from 2014 to 2016. Currently, he is the President of the Engineering Institute of Canada (EIC). 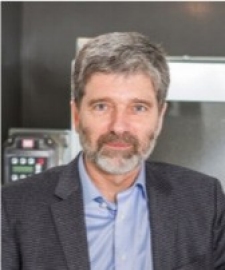 Dr. Moreau has developed several sensors for monitoring thermal spray particles in flight and upon impact on a substrate. The patented optical diagnostic systems, DPV evolution and Accuraspary, are commercialized worldwide for advanced control of thermal spray processes in both production and research environments. His current research interests are in the treatment of materials by thermal spraying (plasma spraying, HVOF, cold spray, etc.), study of the relationships between the structure of coatings and their functional properties as well as diagnostics, modelling and control of thermal spray processes. His research focuses on nanostructured coatings deposited by suspension plasma spraying for industrial applications. 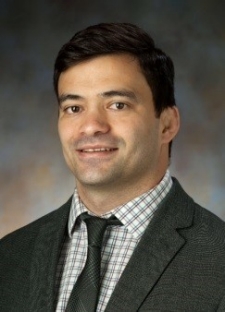 Pantcho Stoyanov is an Associate Professor in the Department of Chemical and Materials Engineering at Concordia University. His research interest include aerospace coatings, tribology, surface characterization as well as material solutions for sealing and bearing technologies in demanding environments. He was previously a Principal Engineer and a Subject Matter Expert (SME) at Pratt & Whitney responsible for leading aerospace tribology programs from the discovery through development and commercialization. He holds a bachelor degree from the University of California, Santa Barbara (UCSB) and a Ph.D. from McGill University with a focus on micro- and in situ tribology of aerospace coatings. He is currently a member of the Materials Tribology Technical Committee in the Society of Tribologists & Lubrication Engineers (STLE) as well as a session chair at the International Conference on Metallurgical Coatings and Thin Films (ICMCTF). He has made contributions to the field of materials science and tribology with several journal publications, patents, and invited talks at leading technology events.