Concordia alumni headed to the Emmys

Yves Bélanger and Gavin Fernandes nominated for their work on HBO’s Big Little Lies, and Barry Julien for work on The Late Show with Stephen Colbert
|
By Matthew Scribner
Source: Advancement and Alumni Relations

Hollywood has given the work of three Concordians the thumbs up.

Barry Julien, BA (communication studies) 94, was co-nominated for an Emmy Award in the category of “Outstanding Writing for a Variety Series” for The Late Show with Stephen Colbert .

This is the first Emmy nomination for both Bélanger and Fernandes, who previously worked with Vallée on the Academy Award-winning Dallas Buyers Club (2013) and other projects. They are presently teamed up with Vallée again to make Sharp Objects for HBO, starring Amy Adams. 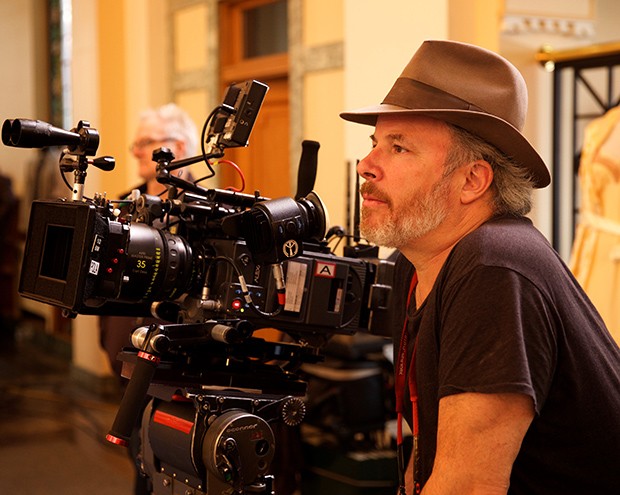 Yves Bélanger, pictured on the set of The Dallas Buyers Club, earned an Emmy nomination Outstanding Cinematography for a Miniseries or Movie for Big Little Lies.

Bélanger has worked on more than 40 TV shows and films — including the Academy Award-nominated Brooklyn (2015), co-produced by Pierre Even, GrDip 90. He learned his way around a film set in the early 1980s at Concordia’s film department, now known as the Mel Hoppenheim School of Cinema.

“Mostly we were just making movies, and I think that’s the best way. Especially for anything that has a physical aspect,” Bélanger says. “Just do it, and try it.”

He took classes in all aspects of filmmaking, including cinematography. “I was really good at editing, but it was too much of a solitary job,” he says. “I like to be with people.”

One benefit of studying at a top film school is the networking — Bélanger still works with some of his former classmates. “You find people who think like you, who are crazy like you, and you start doing films together,” he says.

The bilingual environment of the department also proved productive and was part of a larger moment of English and French filmmakers coming together in Montreal.

“Maybe that’s why my generation of Quebec filmmakers is the first one to really to say, ‘Oh yeah, we’re going working in the States,’” Bélanger says. “We were not afraid of it.”

Fernandes also started practicing for his career at Concordia — but not in class.

“It was a hobby turned career,” Fernandes says of his surprising move from studying biochemistry with a specialty in pharmacology to his sound-mixing profession. 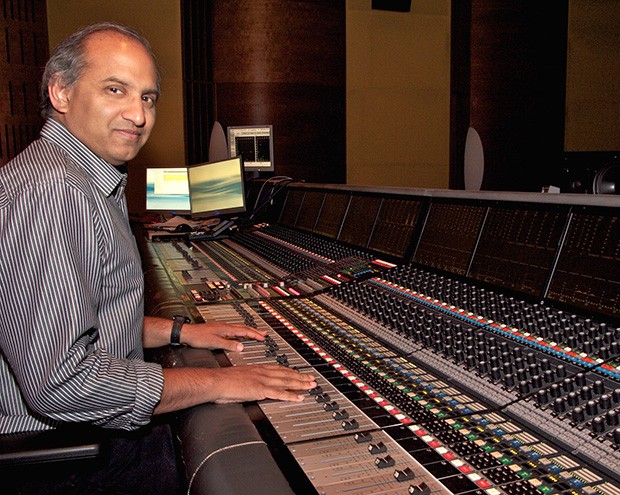 “Throughout CEGEP and university I played in bands, and always had an interest in helping set up the sound for the band,” he says. “Then I started doing it for friends and for charity shows in [Montreal’s] West Island.”

A chance encounter at Concordia kept this momentum going.

“After my first semester, I was just walking down a hallway on the sixth floor of the Hall Building, and there was music blasting from one of the rooms,” Fernandes recalls of his time at the university in the early 1980s.

“I went in and they had a little recording studio that was part of CRSG” — one of the two Concordia radio stations that merged in 1998 to form CJLO. “I joined at the radio station and eventually became their technical director.”

From there, Fernandes’s work on electronics earned the notice of an electrical engineer who was active at Concordia, who then took Fernandes to other studios. Working in television was the next step. Today he has more than 160 movies and TV episodes on his resumé.

“Though I didn’t study audio at Concordia, I still learned a great deal about audio there, as well as many other tools that are pertinent to getting on in life,” he says.

After graduation, Fernandes founded his own company, GRF Audio, which is still active. He admits that working in sound isn’t always easy, yet he enjoys it.

“There’s an aesthetic element to it and there’s a technical element to it,” Fernandes explains. “The job at the end of it is that it tells the story that the director wants to tell.”

There are many components to a TV show’s audio, including dialogue, sound effects and music. As a re-recording mixer, Fernandes puts the final touches on the soundtrack before it reaches audiences.

Though Bélanger stayed in his field of study, his career did not follow an obvious path either. The Canadian cinema market in the early 1980s was dry. It was actually the rise of MTV and Canadian counterparts MuchMusic and MusiquePlus in the later part of the decade that jumpstarted his career, as the new genre of music videos needed cinematographers. From there, TV commercial producers began to call.

“They were interested in doing commercials that looked like music videos,” Bélanger says. Finally, around 1995, he began shooting TV shows and movies.

As cinematographer — sometimes called director of photography — Bélanger is in charge of all visual aspects of a production, including which camera to use and how to move it around the set. He is also responsible for lighting, which, whenever possible, was natural and not artificial in Big Little Lies.

“It gives a feeling of truth,” Bélanger says. “The actors act differently when you don’t have all the equipment and lights.”

Bélanger insisted on an unorthodox method when it came to set construction, too.

Each show has its own sound mixing challenges, too. In the case of Big Little Lies, it was doing more with less to fit the show’s minimalist feel.

“The ocean was almost a character in the soundtrack,” Fernandes says. “That was an aspect that we were constantly aware of — should we be hearing the waves in this place?”

Clearly, the Television Academy, which hands out the Emmys, thought that Bélanger and Fernandes did a good job.

“We’re not always sure what the producers are submitting for the awards, so I got blindsided,” Fernandes says. “I’m very thrilled, and humbled too. It’s quite an honour to be there.”

Bélanger agrees. “I’m very honoured, because there are some big names among the nominees.”

Given that their roles happen at separate parts of the process, Bélanger and Fernandes do not see much of each other, though the two have worked on many projects together. “The sound and the picture live completely separately from the day that it was shot until we finish with it,” Fernandes explains.

They will have the chance to see each other soon, though — at the Emmys.

The 69th Emmy Awards ceremony will be held on Sunday, September 17, 2017, at 8 p.m. at the Microsoft Theater in Los Angeles and televised on CBS.